To put a little scare in your holidays, Epic Pictures’ Dread Central Presents line is releasing SLAY BELLES in December. We’ve got the exclusive first look at the trailer and poster (by artist Johnny Tabor), plus words from director SpookyDan Walker.

SLAY BELLES, which Walker scripted with Jessica Luhrssen, will arrive on VOD and Blu-ray December 4. Barry Bostwick (ROCKY HORROR PICTURE SHOW), Kristina Klebe (TALES OF HALLOWEEN, 2019’s HELLBOY) Susan Slaughter, Diane Salinger (PEE-WEE’S BIG ADVENTURE), Richard Moll (HOUSE) and Hannah Wagner star; the synopsis: “It’s Christmas Eve, and three cosplaying women are breaking into Santa Land for some partying and fun! What they didn’t expect was to come across the malevolent Christmas demon, Krampus! The girls must team up with Santa Claus himself [Bostwick] to battle the creature and save the world!”

“As a horror fan,” Walker tells RUE MORGUE, “I’m looking to have fun with a film just as much as I’m looking to get scared, so for my first feature, I set out to make a youthful, fun, female-driven horror film with an iconic monster! Using the Krampus mythology allowed us to bring the fun of Christmas into the genre with weird characters, blood and gore. My personal tastes in horror have always skewed towards the strange, unusual and silly, and I wanted to add my own weird brand of filmmaking to the screen. SLAY BELLES is a unique film, like a gateway drug into horror, with more campy fun than scares. Horror fans who crave torture porn are not going to like this. I tell everyone that I made a horror film for teenage girls, an important group that is often overlooked when it comes to this genre.”

Walker, who was on the producing teams of the DEVIL’S CARNIVAL movies and has a long visual-effects résumé, landed horror stalwart Darren Lynn Bousman as an executive producer. “I have been working with Darren for many years in various producing positions,” Walker says, “so when I asked him to executive-produce my first feature, he enthusiastically jumped on board. It’s a fascinating time to be an indie filmmaker; you really have to have a maverick attitude to pull it off, and Bousman is one hell of a champion to have on your side!” 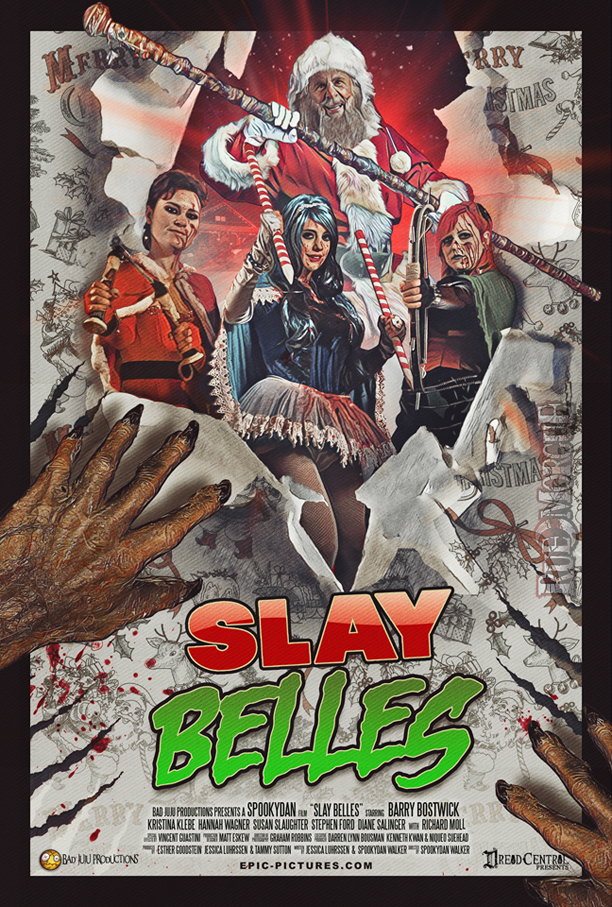