There are no evil dead in the new DEAD BY DAWN, but rather living and deadly killers hunting human prey. Get an exclusive first peek at the trailer and poster after the jump.

Uncork’d Entertainment releases DEAD BY DAWN to digital platforms and DVD April 7. Directed by Sean Cain (SILENT NIGHT, ZOMBIE NIGHT) and written by Wes Laurie, the film stars Drew Lindsey Mitchell, Kelcey Watson, Jamie Bernadette (I SPIT ON YOUR GRAVE: DEJA VU), Bo Burroughs, Timothy Muskatell, Bobby Slaski, Detra Hicks and Skylar Dominique. The synopsis: “A suicidal man [Watson] in a remote cabin is suddenly faced with protecting a kidnapped woman [Mitchell] from three killers and their sadistic games. Unable to contact the outside world and with night falling, he falls back on creating traps to prevent the criminals from gaining entry. It’s a fight to the death where only the strongest will survive until dawn.” 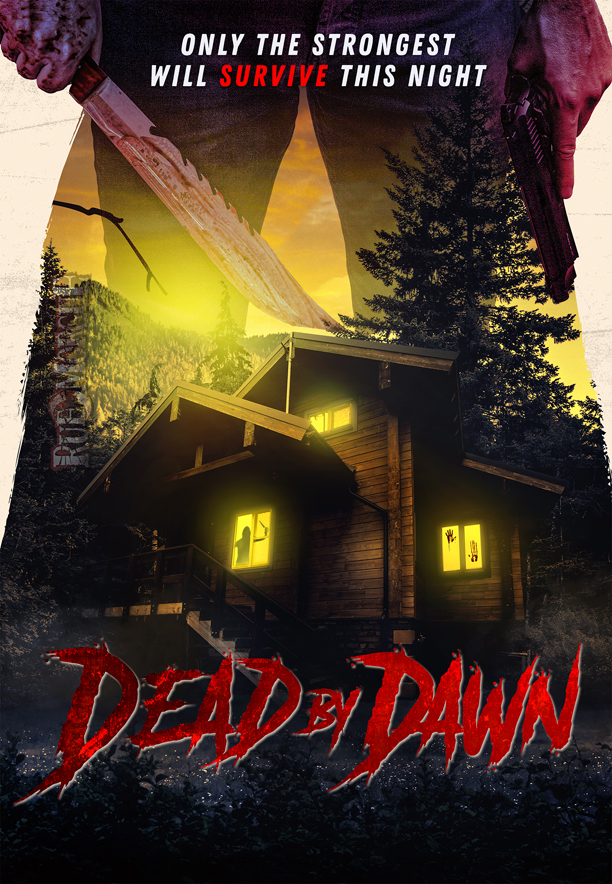