Crime results in the worst kind of punishment in DEFECTIVE, a science-fiction thriller coming next month. Jump past the jump for an exclusive first look at the trailer, along with the poster.

Uncork’d Entertainment releases DEFECTIVE, written and directed by Reese Eveneshen, on VOD February 13. Colin Paradine, Raven Cousens, and Ashley Armstrong star; the synopsis: “In the near future, the corporation S.E.A., has implemented North America’s first and only police state. Uniformed, anonymous Preservers of Peace investigate, judge, and sentence people for even the smallest of crimes. The punishment? Instant public execution. Rhett Murphy and his sister Jean must escape certain execution after witnessing the dark secrets of the nefarious corporation.” 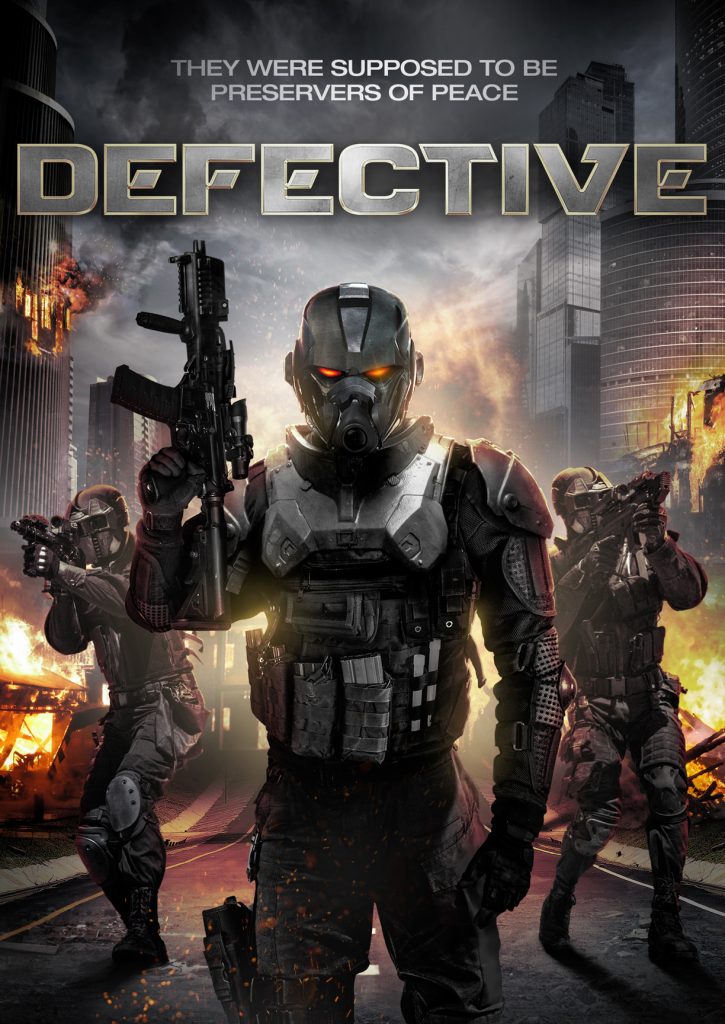