This week sees the release of director Sam Raimi’s latest foray into the supernatural as DOCTOR STRANGE IN THE MULTIVERSE OF MADNESS hits theaters Friday, May 6. That’s why there’s no better time to revisit his first foray into the world of superheroes: 1990’s wildly energetic (and grisly) action/horror hybrid DARKMAN, starring Liam Neeson and Frances McDormand. Vice Press has provided RUE MORGUE with the exclusive debut images of a new DARKMAN print and its variants by artist James Bousema, which you can check out below.

Raimi created DARKMAN for Universal Pictures after he was unable to land the director’s chair for a film based on either Batman or The Shadow. Hot off of EVIL DEAD II, he concocted the screen story from a short tale he wrote as a homage to the Universal monster films of the 1930s. The result is a bonkers mashup that is equal parts superhero origin and classic horror and proved to be a sleeper hit at the box office, grossing $33 million domestically.

First-time Vice Press collaborator Bousema captures the menace the title character evokes in this truly striking image. “I loved creating this DARKMAN piece with the folks at Vice,” Bousema says. “It was a great chance to tackle an underrated favorite in Sam Raimi’s filmography. With this piece, I really wanted to capture the idea of extreme rage within a man who is forced to hide his face. A fiery explosion either contained within or emanating from Darkman himself seemed like a great way to summarize his character. The super-detailed plumes contrasting against the figure’s relatively simplistic eyes/mouth was what we liked the most since the early sketch phase. I also remember that during the development process, we discussed the uniqueness of retro Polish film posters. Many of them are extremely different from their more widely recognized alternatives, and often with more off-kilter illustrated interpretations of the film’s contents. These definitely influenced my DARKMAN art, not only in the type of imagery, but in the use of dusty textures to give the poster the look as if you had stumbled upon an old, unused piece of promo. I work digitally, and through Photoshop, we were able to replicate realistic-looking brush strokes and paper textures.”

In collaboration with Bottleneck Gallery, these DARKMAN prints will be available this Thursday, May 5 at 6 p.m. BST/1 p.m. EST via Vice-Press.com and BottleneckGallery.com! Here are details of each version: 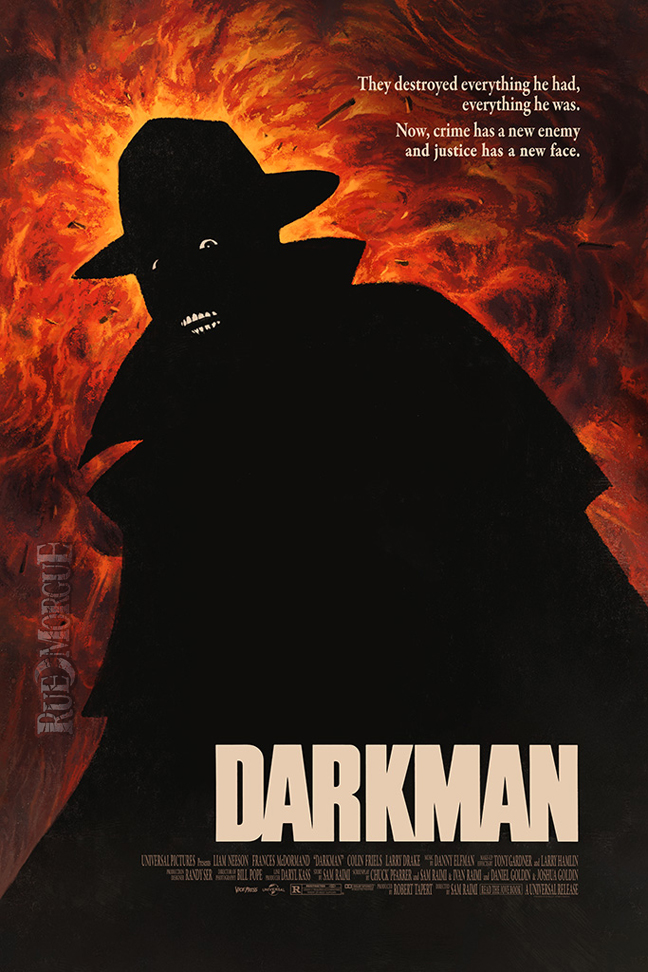 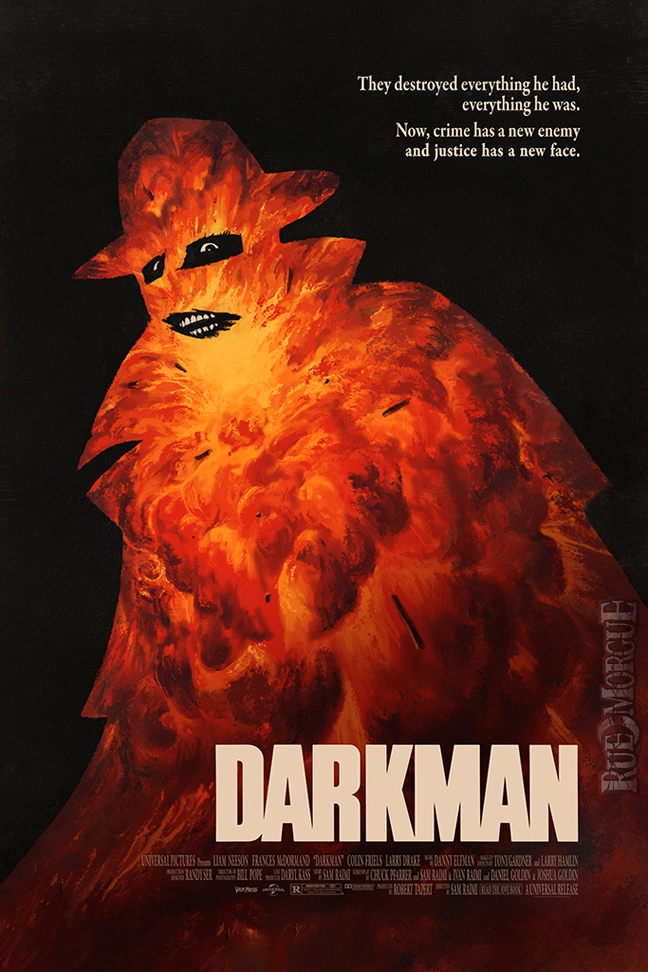 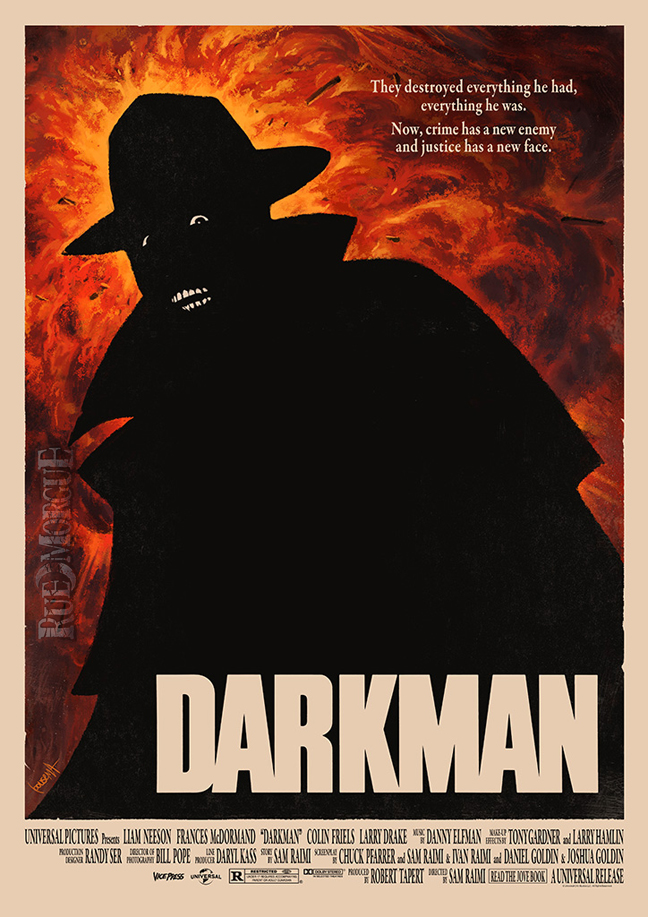