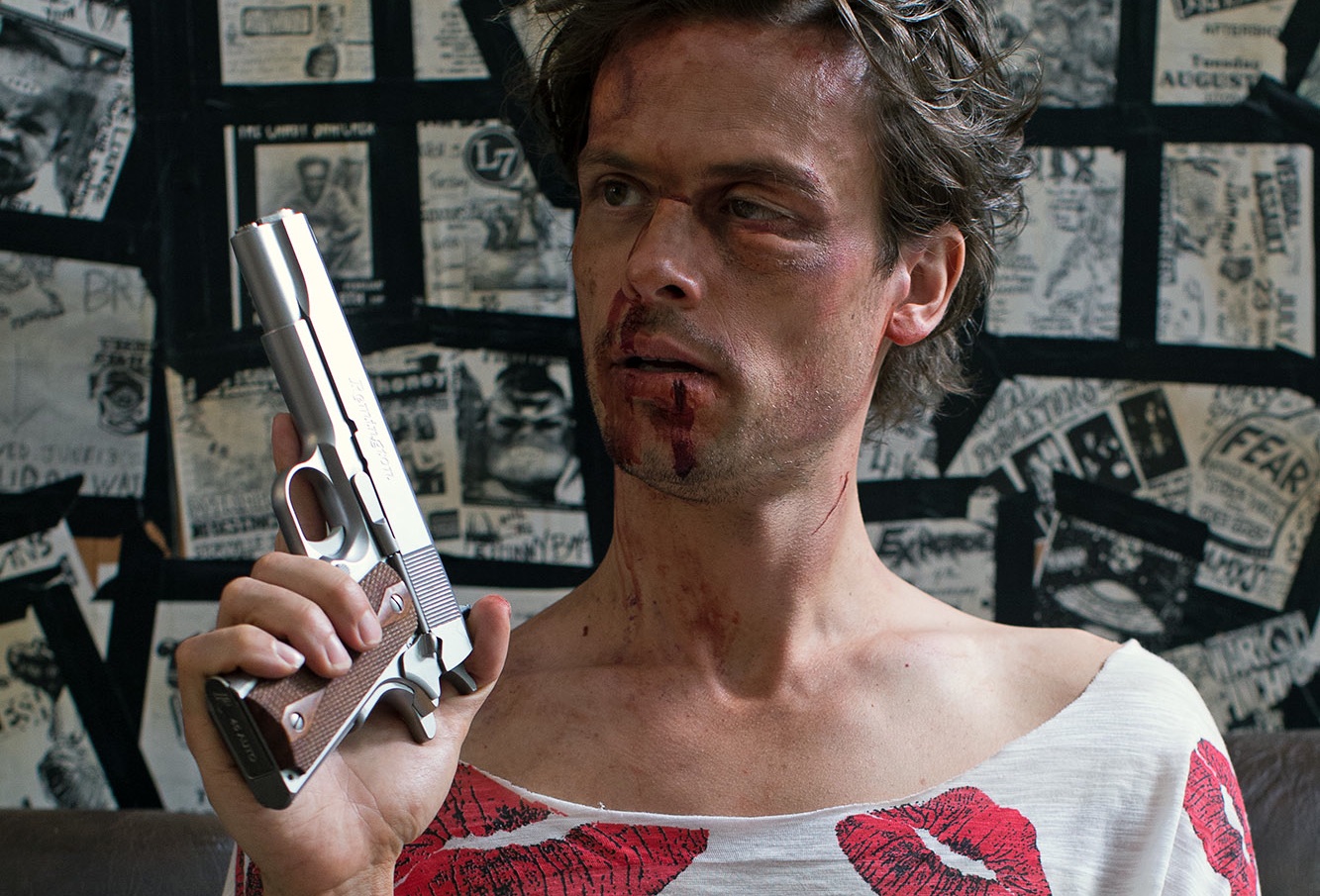 Starring Matthew Gray Gubler, AnnaLynne McCord and Alisha Boe
Written and directed by Trent Haaga
IFC Films
Adapted from the novel of the same name by Bryan Smith, 68 KILL (which made its Canadian premiere at the Fantasia International Film Festival and hits select theaters and VOD tomorrow as an IFC Midnight release) is a ballistic Southern Gothic heist shocker. Produced by Snowfort Pictures and directed by Trent Haaga (scripter of CHEAP THRILLS and DEADGIRL among others), it reunites Matthew Gray Gubler and AnnaLynne McCord from Richard Bates Jr.’s EXCISION and TRASH FIRE. 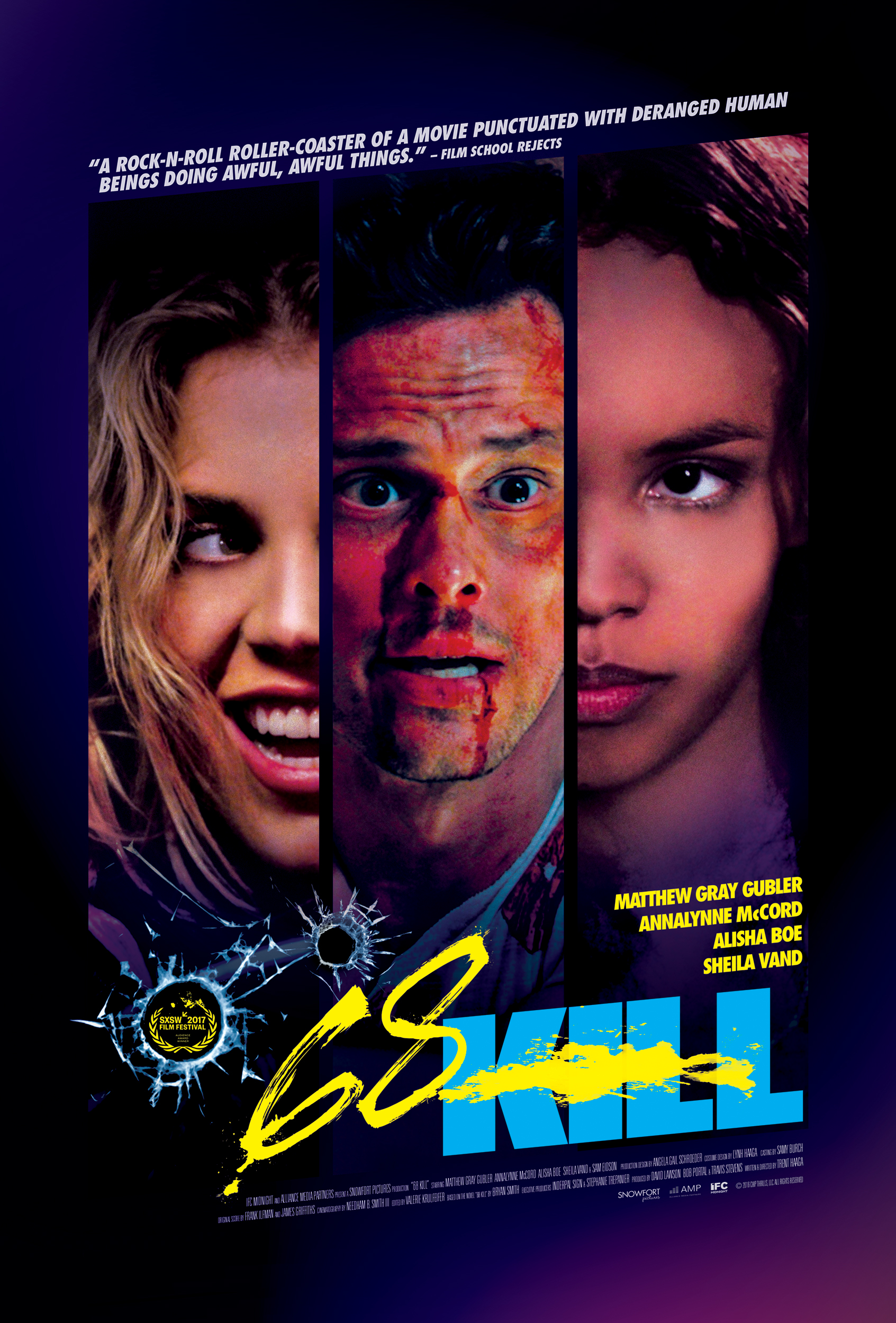 Gubler plays Chip, a docile guy who’ll do anything for his domineering girlfriend Liza (McCord). He gets more than he bargained for, though, when she ropes him into stealing $68,000 from the rich guy (who’s got a gross penchant for animal trophies) she sometimes sleeps with for money. Of course, things don’t go as planned, but do they ever? That’s half the fun, because if they did go well, we’d have no movie. Chip and Liza end up kidnapping Violet (Alisha Boe), a girl whom Liza plans to sell to her nasty brother Dwayne (Sam Eidson), a truly disgusting individual with a sideline in snuff films.
If you’re still reading, you’ll get the picture that this movie is not for the weak of stomach. If you’re in need of thrills and are a fan of hysterical, ultraviolent exploits, however, you won’t want to miss this one. To continue: Chip ditches Liza and makes off with Violet, running afoul of unpleasant gas station clerks—including a fantastic Shelia Vand (A GIRL WALKS HOME ALONE AT NIGHT) as Monica—and losing his clothes at a seedy motel. And then things get even worse…
68 KILL isn’t a reflection of reality, but it sure is fun to watch. Its delusional characters are played by actors clearly relishing their roles, and they all turn in strong performances. The people on this film’s dangerous, sociopathic end of the spectrum are mostly over-the-top female criminals, while Gubler shines as a gentle man with the personality of a loyal puppy who’s finally had enough abuse.
For unexpected laughs, violent fun and jaw-dropping action, check out 68 KILL. If you’re in New York, you can catch the film at the IFC Center, with Gubler on hand for the 10 p.m. show on Saturday, and if you’re in LA, it’s playing the Arena Cinelounge Sunset, with Haaga and McCord doing a Q&A at the 7:05 p.m. show on Friday.