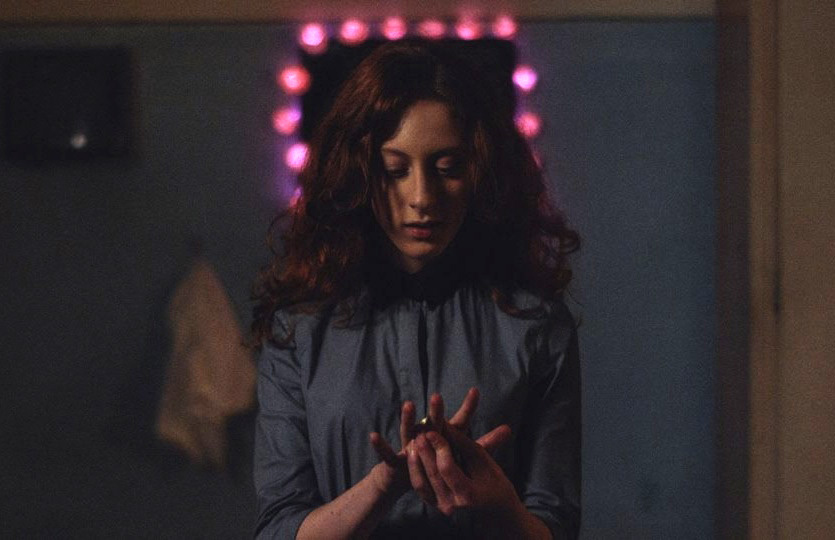 The Small Gauge Trauma short-film showcase is one of the highlights of the Fantasia International Film Festival for many of its regulars. This year’s lineup, encompassing nine works from seven countries, was in keeping with programmer Mitch Davis’ vision to present innovative horror experimentation as only the short form can deliver. In the past, he has exposed some of the form’s most visceral examples, and this year the emphasis was a little different, if no less impressive.
While Small Gauge Trauma 2017 carried a more subdued tone than those of previous years, the selection offered exceptional examples of terror-filled filmmaking (defining terror as dreadful apprehension rather than gruesome realization). The films carried an air of fear lurking under the uncanny surface of everyday life—a surface that is truly fleshy. They bore the smell of corporeal rotting beneath that skin, and three of the shorts in particular express this quality of fear in interesting ways.
BIRTHDAY (pictured above), by Italy’s Alberto Viavattene, produces dread through motion and the uncanny doubling of the aged self. It’s about a nurse who steals meds from the elderly in a nursing home, only to encounter a mysterious ring that brings her face to face with her own (and perhaps everyone’s) fear: that of aging and death. The tracking of Viavattene’s camera through the facility’s hallways reminds the audience that the material world is in constant movement. Humans are never inert bodies; they are entropic, always in transition and, more palpably in their adult years, always in decay. Movement is powerful in cinema; it produces effect and sensation and moves audiences, and a good example is BIRTHDAY’s very tactile final shot, in slow motion, of a young hand sporting the mysterious ring and seemingly floating out of a car window as it departs from the nursing home. In the exaggerated emphasis on movement, there is a sense of both decay and childlike freedom. We are our own uncanny doubles. Happy birthday!
American filmmaker William Boodell’s darkly comedic BORN OF SIN paints a bleak portrait of a single father who abandons his young daughter in his car to visit a bar. The child is abducted by a mysterious man who carries her away in a burlap bag, and soon finds herself in the hands of what seems to be a ritualistic cult. Despite the film’s humorous payoff, its distending of those moments in between the fear of the abduction and the comedic release creates extreme discomfort. Fear and laughter are the two handmaidens of horror (as they were at the Grand Guignol theater), and BORN OF SIN deftly builds a sense of unease on the way to the darkly funny reveal in its final moments. 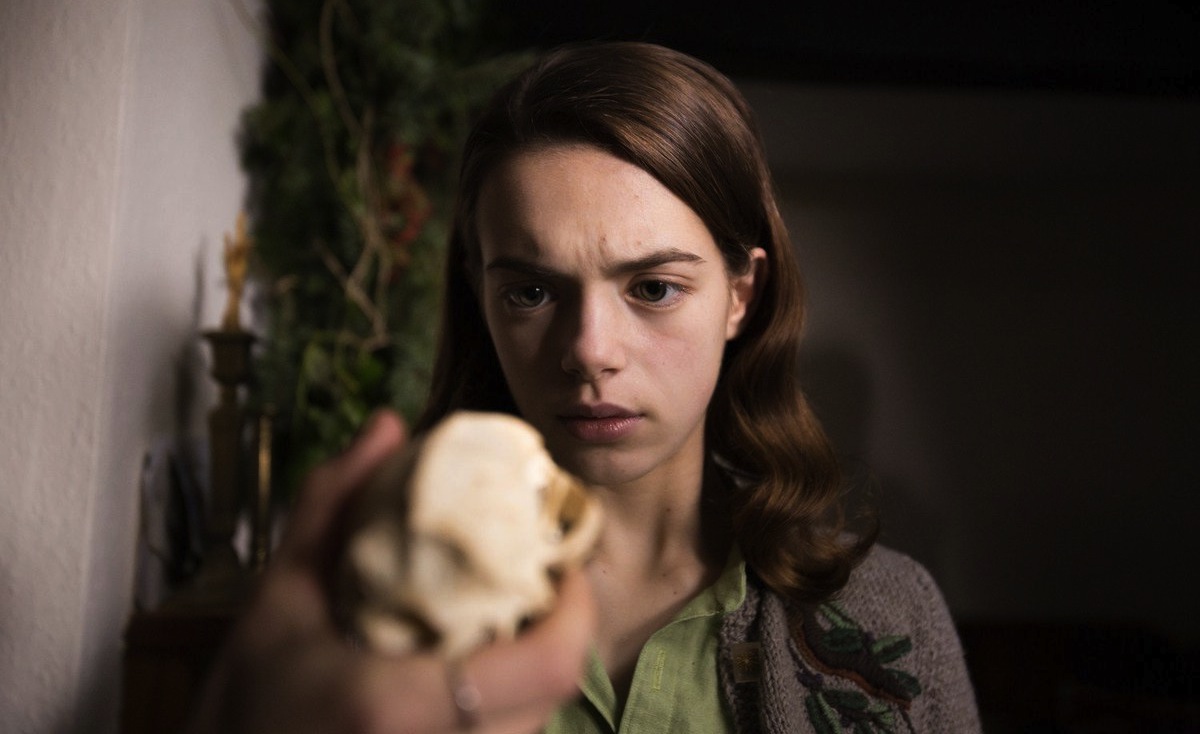 The space in between life and death is the key theme of this writer’s favorite Small Gauge entry, Andrea Niada’s HOME EDUCATION (pictured above) from the UK. Clocking in at 25 minutes it oozes with rot and disgust under the surface of the lives of a daughter, a mother and…a dead father lying in a bed upstairs. We learn nothing about the context, save the possibly home-schooled girl’s strict mother telling her that her dead dad will resurrect if they prove that they truly miss him. The film works as a compendium of mood-setting shots that conjure up the so-called “lower senses,” such as touch and smell. Corporeal rot and roaming flies suggest terrible odors that undergird the scenario with morbidity as the mother prepares food for her dead spouse. Multiple close-ups of stuffed animals evoke the seemingly lasting quality of “hard objects” (rocks and glass) as the mother instructs her child over “soft objects” (flesh and food). The irony is that all materiality is transitional, as the daughter tells us in her final poem during the elegiac ending. Extreme close-ups of matter decomposing add to the dreadful tactility of HOME EDUCATION as it moves towards its blackly amusing finale.
The program also included Alfonso García’s eerie iMEDIUM from Spain, featuring an app that connects the living to the dead. Hailing from Canada, Jay Rathore’s disturbing PUMPKIN plunges the audience into the world of live, clandestine Internet violence. SWEET TOOTH, by the Netherlands’ Nico Van Den Brink, depicts a frustrated apartment dweller disturbed by upstairs neighbors, while U.S. director Kyle Ginzburg’s CROP focuses on a vampiric man who abducts innocents for the sleazy world of organ trading. Also from the States was the gruesomely satirical TASTE by Adrian Selkowitz, while Germany contributed Paul Philipp’s darkly stylish THE PECULIAR ABILITIES OF MR. MAHLER.