Movie Review: “FAYE” Proves You Should Never Judge a Book By Its Cover

Horror films that utilize genre tropes and traits to explore the concepts of grief and trauma are certainly nothing new. In fact, one could argue that the term “elevated horror” was carried into the mainstream on the back of such projects. However, just because something has been done before (and done well) doesn’t mean there still isn’t new ground to break and new avenues to explore. FAYE, the new film from director and writer Kd Amond, proves this point with its bold, record-setting decision to tell such a story through one actress, alone on-screen.

Bravely tackling the story of FAYE is actress and co-writer, Sarah Zanotti. Starring as popular online personality and best-selling self-help author Faye L. Ryan, Zanotti effectively embodies the character completely. After the tragic loss of her husband in a car accident, Faye struggles to cope and move forward – both personally and professionally. Following some increasingly incessant prodding from her agent, Faye agrees to a week-long retreat at a Louisiana waterfront cabin for some focused writing time. But, as many a Stephen King story could have told her, just because a writer attempts to isolate and focus, that doesn’t mean the solitude will yield the intended results.

With the narrative focusing on Faye and Faye alone, the story is told through Faye herself. Struggling with the loss of her partner, Faye speaks to her husband as if he’s still there. She reaches out to her fans via Instagram stories and makes an occasional phone call to her mom and agent. The filmmakers also intercut solo monologues that appear before audiences with all the charm of a local open mic night to further fill in the narrative gaps. These moments also provide critical information regarding Faye’s mental headspace and perspective. But what about the horror? This is a horror movie, right?

With the focus on her new book being the healing process, Faye looks for every opportunity to procrastinate and avoid emotional confrontation. As such, she turns to alcohol. Pouring a glass for herself and another for her dead husband, Faye spirals. Simultaneously, strange things begin to appear and happen in the cabin. Bruises start to appear on her body. Books fly off the shelf. Lights flicker, and mysterious figures taunt from the shadows. In short, all the trademark haunting elements are here. Is it a ghost? Is it grief? Is it the mix of alcohol and pills? While the answer is never fully revealed, it’s ultimately not important. Despite FAYE being sold as and dubbed a horror movie, these spooky elements are not where the film’s strengths lie. 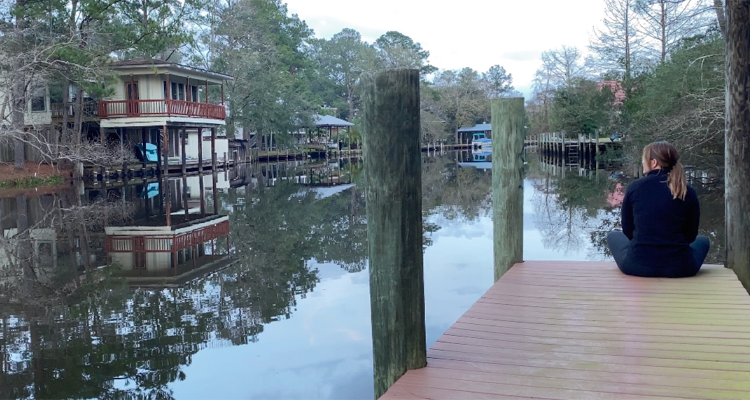 Shot on an iPhone with a minimal crew, FAYE stumbles a bit when it comes to its execution. Poor lighting, sound design, and some odd stylistic cinematography and score choices cheapen the overall effectiveness of the story. Sadly, even the scares come off a bit forced and derivative. While budgets were openly minimal for the production, it never feels as if these issues boiled down to strictly monetary constraints. For better and for worse, FAYE feels like an early glimpse at very promising filmmakers who have a little more time to put in behind the camera.

On the flip side, other moments of FAYE succeed with flying colors, and many of them have to do with Zanotti. Delivering a truly impressive performance, Zanotti sells Faye as an obnoxious drunk, a popular influencer, a talented but stalled writer, and a grieving widow literally haunted by survivor’s guilt. While her story starts out predictable and a bit tired, an interesting transition happens about halfway through the film.

As the hauntings begin to increase and as Faye becomes unable to ignore them, a biting sadness enters the frame. The interspersed monologues become darker and more intimate. Her coping mechanisms become revealed as the unhealthy tethers they are, and the story that Zanotti and Amond are truly trying to tell comes into focus. There is no true timeline for grief, and Faye’s story effectively highlights that brutal truth. There’s also a subtlety to Zanotti’s performance that is well worth the journey.

It would be easy to judge FAYE quickly and let some of the weaker aspects take the lead, but to do so would be a mistake. Underneath the horror label that has been slapped on the film is something else entirely. Raw and powerful, the story of FAYE shines when the spotlight lands on Zanotti’s fearless performance, the heartbreaking discussions Faye has with herself, and the ugly truths that hide inside the healing process.

FAYE is set to be released on VOD and Digital on May 10th, 2022 via AZ if Productions.  Look for RUE MORGUE’s interview with Kd Amond and Sarah Zanotti coming soon! 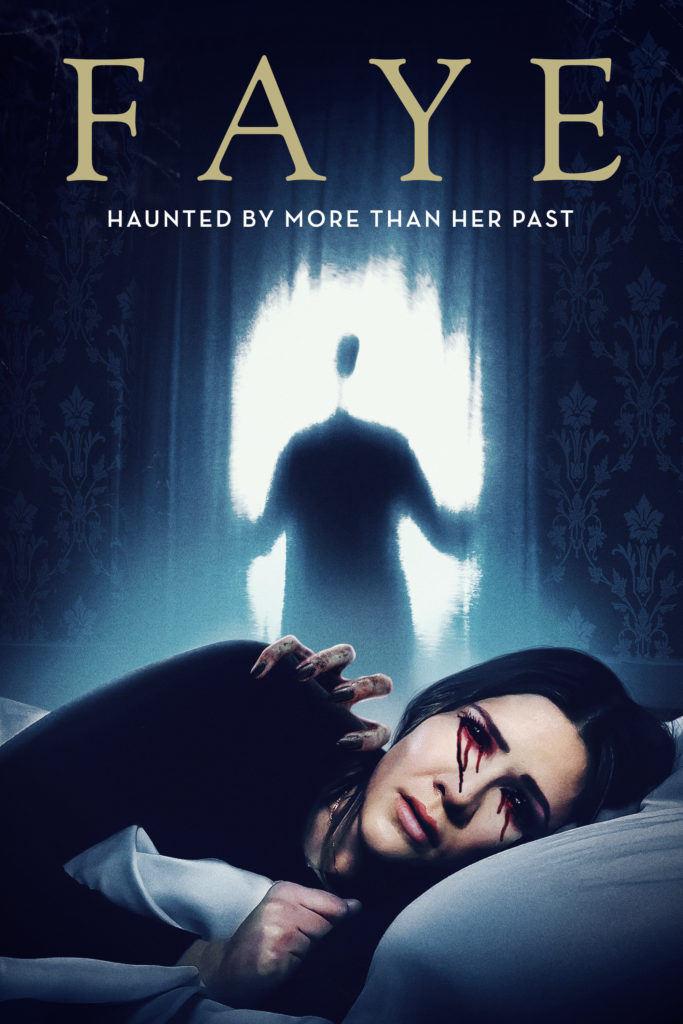