Of all the horror-related things hit by 2020, for many, the screeching halt that befell the convention industry was hardest felt. A custom long favored amongst fans, brimming with black shirt-garbed and tattoo-etched masses, the events are a rare chance to score a selfie and an autograph from their favorite actors. Now, with 2021 proudly flaunting its “new norm” delineation, the convention circuit is making its triumphant return, albeit in a manner that, dictated by necessity, is straying from some of the concepts of the past.

Helping to lead the charge is husband-and-wife team Ben and Stacey Dixon, owners of Full Moon Inc. and organizers of the annual FULL MOON TATTOO AND HORROR FESTIVAL in Nashville, Tennessee. Now in its 18th year of operation, the event descended upon Music City from April 2nd-4th and welcomed back eager fans ready to mingle with their horror brethren. This year’s showcase was headlined by James Jude Courtney, star of 2018’s Halloween and its upcoming sequel, Halloween Kills. A veteran actor enjoying newfound notoriety portraying Haddonfield’s infamous “Shape,” Courtney’s appearance marked the first time that many were able to meet the man currently donning the Shatner mask. Alongside him were industry icons and convention veterans Kane Hodder, Bill Moseley, and Michael Berryman, among others. (A scheduled appearance by Tom Savini unfortunately had to be canceled, due to his involvement in a car accident just days prior). 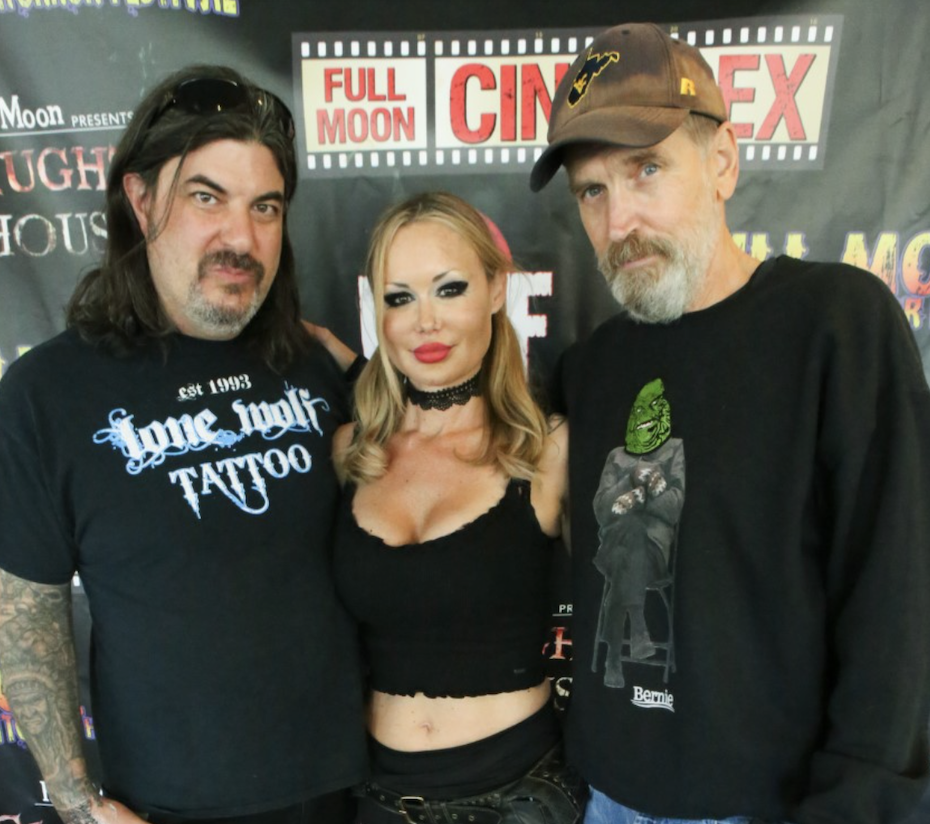 Trying to organize an event of this magnitude is a daunting task in and of itself, but doing so in the context of a public health crisis only ratchets up the difficulty. And when considering the timing of the show – early spring, preceding many similar events – there was no blueprint for Ben and Stacey to follow. Thus, they set out to one-up themselves. Says Ben, “We work really well with the health department here in Tennessee. In fact, we helped write the laws with tattooing back in ’96. They were the first people we were messaging. Initially, they told us they’d only give us an answer two weeks before the event date to tell us how many people could attend. But these shows cost a lot of money to host, and we needed to know how many attendees we could have. Generally, there’s about 200 vendors, staff, and celebrities on the floor, which allowed us to sell 300 tickets. So we came up with the idea of using time blocks, where every three hours we could rotate people in and out.” The implementation of defined blocks of time in which limited numbers of ticket holders could attend breaks from the norm of multi-day passes, but was necessary for matters of safety. Of course, fewer bodies mean reduced wait times for photo-ops and at vendor booths, a change welcomed by attendees and celebrities alike. “The timed ticket blocks worked well throughout the weekend,” adds Ben, before affirming, “even though we can increase attendance numbers next year, we’ll use that formula again with some minor tweaks.”

To further ensure health standards were being met, some sacrifices had to be made. Stacey, an accomplished SFX artist and alumni of Tom Savini’s Special Make-Up Effects Program, laments that certain elements hit the cutting room floor, but believes they strengthened this year’s overall presentation. “We scaled back on a lot of the entertainment aspect,” says Stacey. “Q&As, freak shows, film fests, we had to get rid of those. But we think that our fans appreciate that this year. People got so oversaturated with those things.” 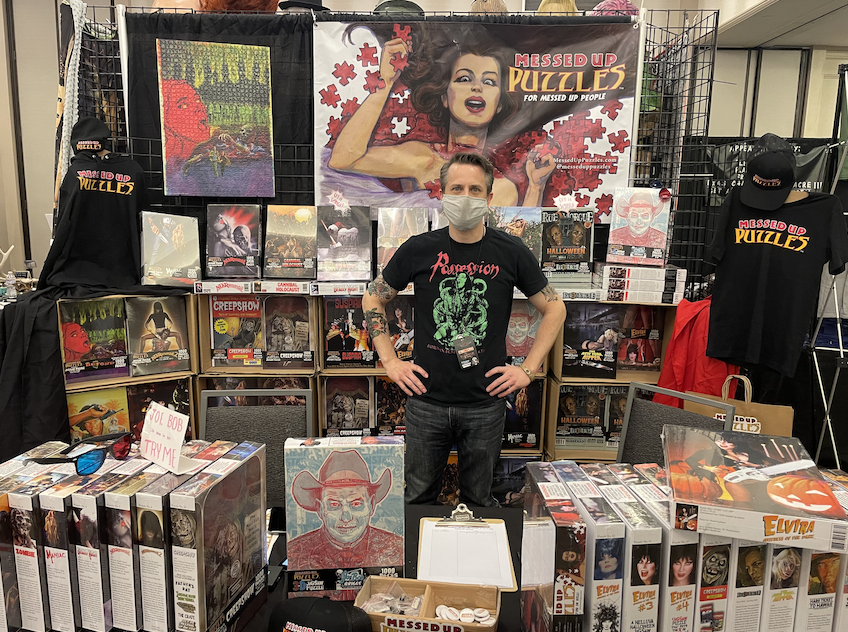 One of our most popular covers spotted at the Messed Up Puzzles booth. Photo Courtesy of Chad Lee Photography.

The Dixon’s organization encompasses not only the annual convention, but also a tattooing business, haunted attraction, and theater that caters to the midnight movie crowd; a mom-and-pop operation in every sense of the word. So when everyone was forced to close up shop last year, the Dixon’s could sympathize. To them, the vendors and celebrities that help make their shows are not just attractions, they’re family. According to Ben, “We’d call Kane [Hodder] or Bill [Moseley] and ask how they were. They’d reach out to us, too. Same with a lot of the fans and vendors. We’ve known many of these people for years, so it was important to us that everyone was staying safe and healthy.” To that end, masks and sanitizing stations are likely to continue to be prevalent as events open back up, a minor concession for those ready to flock to the hotels and convention centers staging their favorite shows. For Ben and Stacey Dixon, safety is paramount to the continuation of every aspect of their businesses, because, as Stacey perfectly sums up, “People are so tired of being stuck in the house. They’re ready to get out, see each other, and have some fun!”

For more info on the Full Moon Tattoo and Horror Convention, please visit their website.