After attracting lots of positive attention at festivals (they’re both at Montreal’s Fantasia next month), Colin Minihan’s WHAT KEEPS YOU ALIVE and Xavier Gens’ COLD SKIN now have dates for general release, and a poster and trailer for SKIN have been unveiled.

IFC Midnight will bring WHAT KEEPS YOU ALIVE (pictured above) to select theaters and VOD August 24. Minihan wrote and directed, and Hannah Emily Anderson, Brittany Allen, Martha MacIsaac and Joey Klein star; the synopsis: “Jackie [Anderson] and Jules [Allen] are a couple celebrating their one-year anniversary at a secluded cabin in the woods belonging to Jackie’s family. From the moment they arrive, something changes in Jules’ normally loving wife, as Jackie (if that even is her real name) begins to reveal a previously unknown dark side—all building up to a shocking revelation that will pit Jules against the woman she loves most in a terrifying fight to survive.”

Meanwhile, Samuel Goldwyn Films has set a September 7 release for COLD SKIN in select theaters and on VOD and digital platforms. Jesus Como (28 WEEKS LATER) and Eron Sheean (THE DIVIDE) adapted the screenplay from Albert Sánchez Piñol’s novel, which was influenced by H.P. Lovecraft’s “The Shadow Over Innsmouth,” and the cast is headed by Ray Stevenson, David Oakes and Aura Garrido. The synopsis: “On a remote island in the Antarctic Circle, a young man finds himself trapped in a battle for his life against nightly invasions of unknown creatures that emerge from the ocean. The film’s story begins with a reclusive lighthouse keeper [Stevenson]. When a weather observer [Oakes] lands on the isolated island, he is forced to confront the island’s original natives. Together, these two men must work together as a nightmare emerges every night from the nearby shoreline.”
Look for more coverage of both films as they play Fantasia! 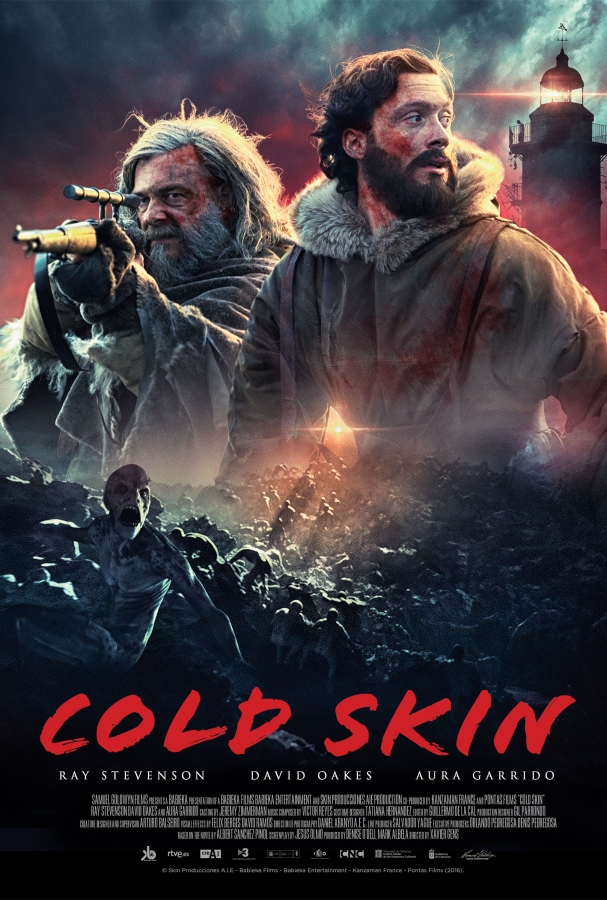