Freddy Krueger And The Exorcist, Both Releasing today On Bottleneck Gallery

Two familiar artists return to their horror roots with releases through Bottleneck Gallery: Matthew Peak is back with a unforgettable horror icon with A NIGHTMARE ON ELM STREET 5: THE DREAM CHILD SCREEN PRINT. Those who have been following the releases in this series know that Peak is the original artist that worked on the first five Nightmare on Elm Street original movie posters. You can see a few of his other Elm street screen print releases here. 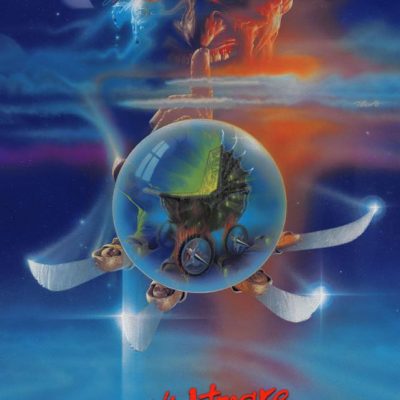 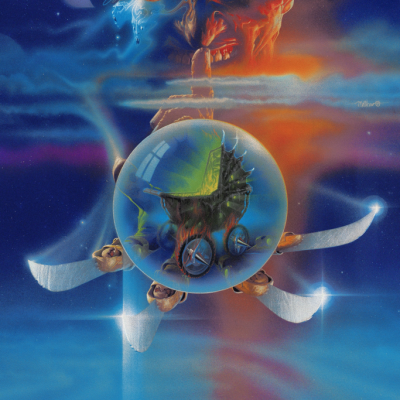 Featuring elements from the fifth entry in the Elm Street series, Peak uses a Freddy Krueger with his burnt, withered finger up to his lips, as if to say “shhh, don’t wake the baby”. A gloved hand is shown holding a dirty, dungy looking baby carriage in it, with a green glowing light coming from within the carriage itself. Krueger has and exposed eyeball that has what looks like screaming souls of his victims coming from underneath it. Above there is a mysterious cloudy beast creature with claws. The film’s title finishes off this regular edition of the screen print which is hand-numbered and limited to 150 pieces. The variant version features the same art as the regular version, minus the title of the film. This hand-numbered variant version is limited to 50 pieces, both versions measure 24 x 36 inches.
Regular version $55 USD (plus shipping)
Variant version $65 USD (plus shipping) 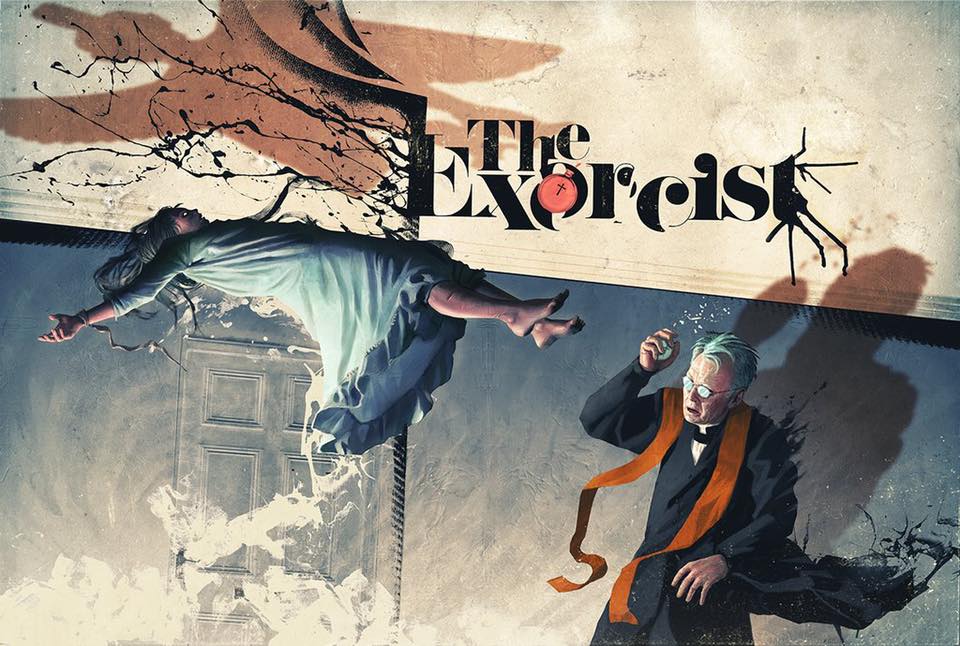 The second horror screen print release to come out today is THE EXORCIST SCREEN PRINT BY J.S ROSSBACH. J.S Previously worked on The Shining screen print which was also released by Bottleneck Gallery. These 36 x 24 inches screen print releases are available in regular version (hand-numbered and limited to 200 pieces) and a variant glow in the dark version (hand-numbered and limited to 100 pieces). The print itself features an already possessed Regan MacNeil floating above her bed, while Father Merrin douses the girl with holy water. This is a very interesting way to capture one of the defining moments from original film, and made even more inviting with a element of glow in the dark on the variant version.
Regular version $50 USD (plus shipping)
Variant version $60 USD (plus shipping)

Both the ‘A Nightmare on Elm Street’ and ‘The Exorcist’ screen prints will be available today on the Bottleneck gallery homepage. They compel collectors not to miss them, as they’ll probably sell out very fast. Check for more horror-related screen print releases on Bottleneck Gallery’s website or follow them on social media platforms.