Just in time for summer, Fright-Rags has released a new collection of unique hats, along with “What If?” shirts that horror-fy ’80s movies and reprints of several sold-out designs!
Fright-Rags has six new hats from Bill & Ted’s Excellent Adventure (including a Wyld Stallyns cap), Escape from New York, Tales from the Crypt, and Chucky. They join previously released hats from Halloween: H20, Elvira, Tales from the Darkside, and Twin Peaks. 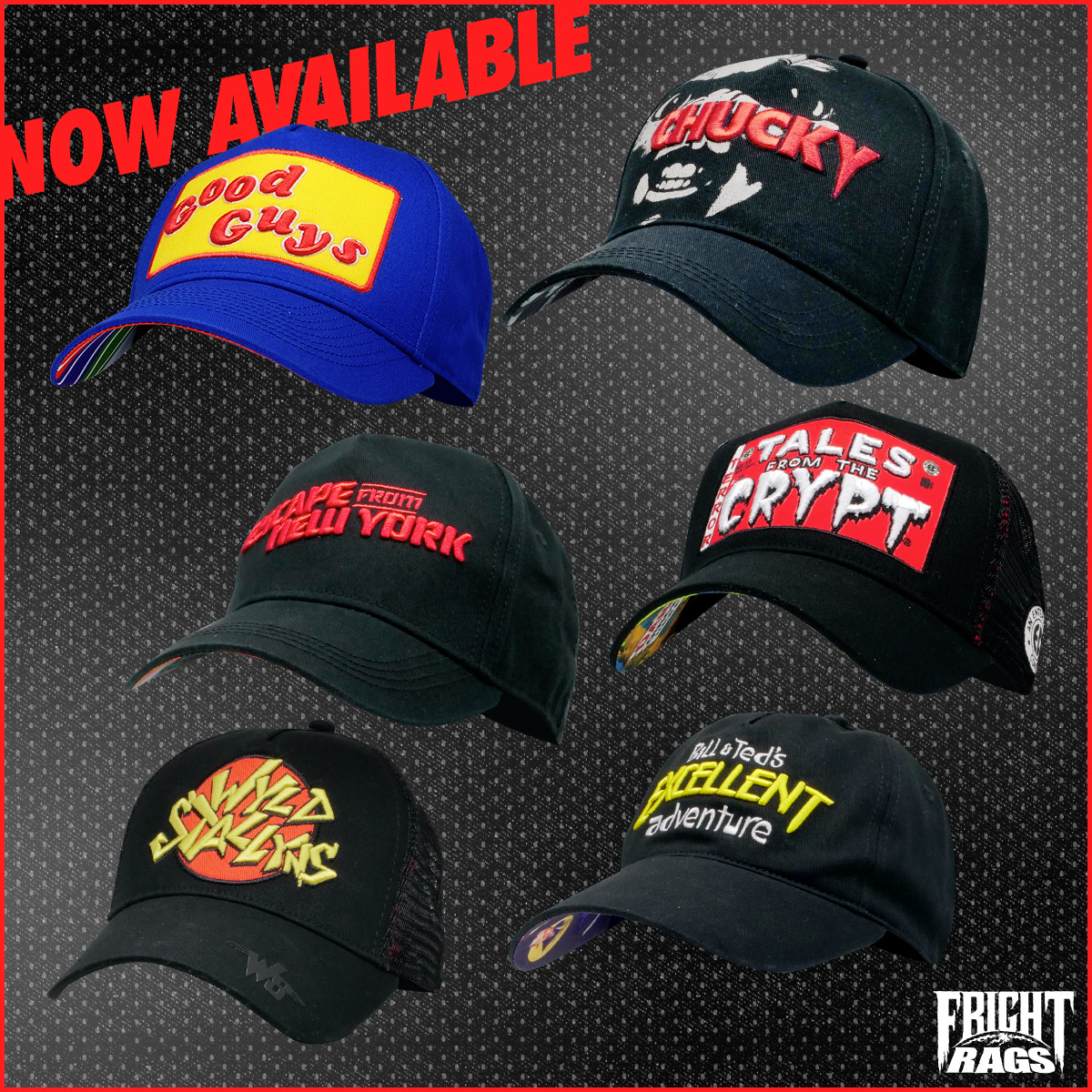 Fright-Rags’ “What If?” shirts reimagine three ‘80s classics as horror films: Mr. Mom as a slasher, Short Circuit as a killer robot, and Revenge of the Nerds as a zombie movie. 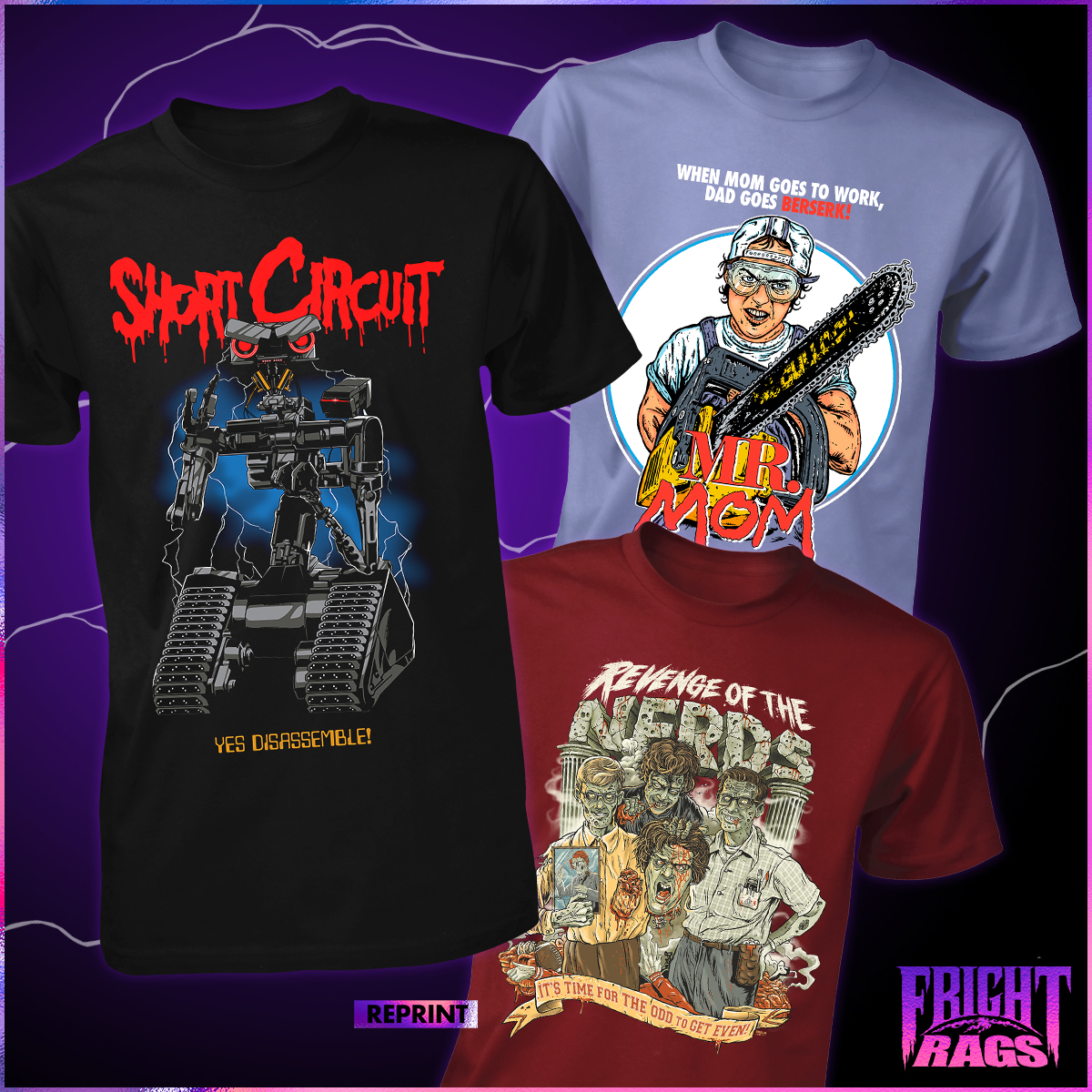 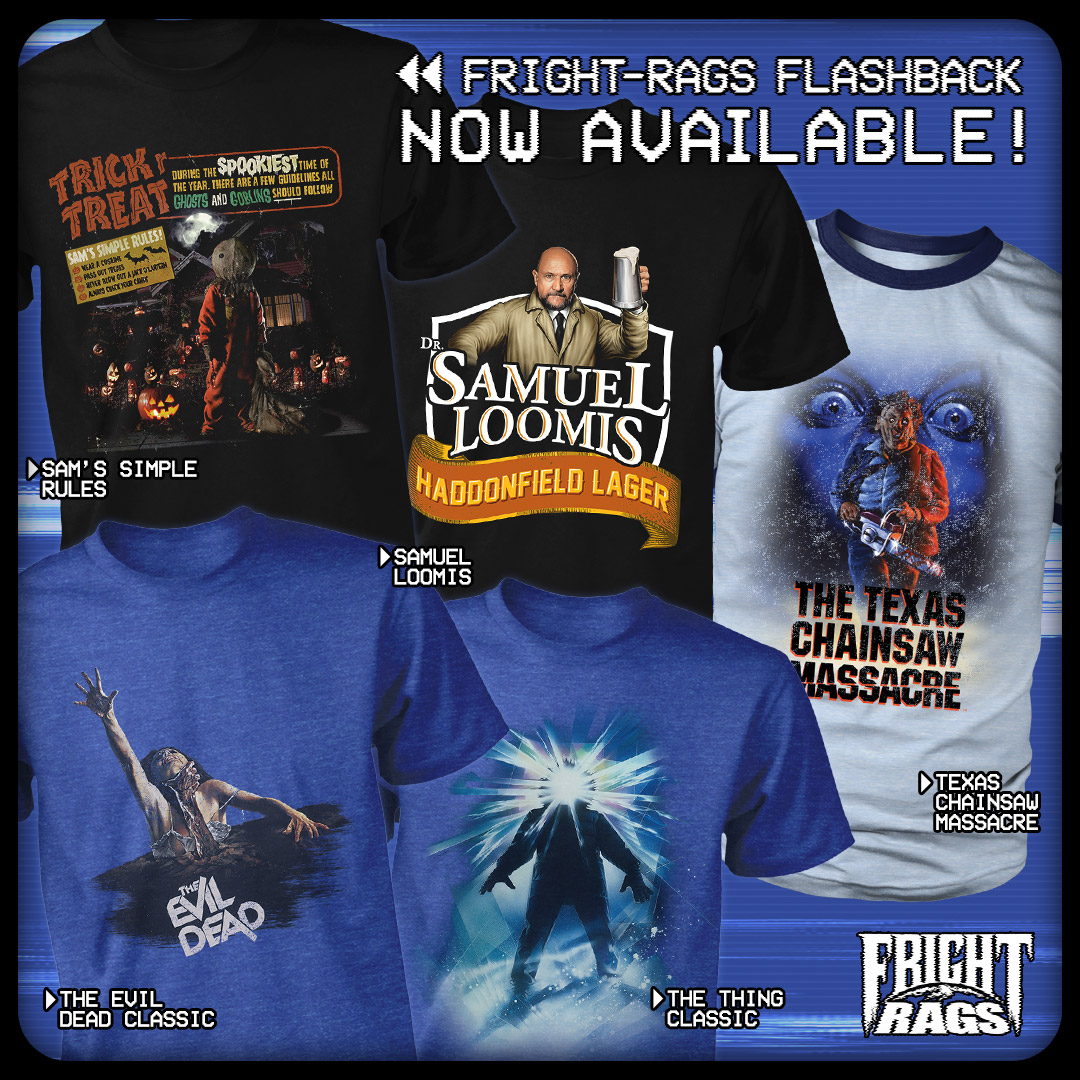 Hats, “What If?” shirts, and restocks are on sale now at Fright-Rags.com.