FrightFest ’20 Review: “THERE’S NO SUCH THING AS VAMPIRES” is a horror road movie running on fumes

Road movies are often languorous affairs, tone poems through which we and the characters soak in the sights, sounds and eccentricities of rural America. From PARIS, TEXAS to EASY RIDER, these films ease us into transient settings and let us vicariously enjoy the freedoms of wide skies and open roads. This is slow, sun-kissed, satisfying cinema.

Logan Thomas’s sophomore feature is not. The film premiered at this year’s virtual FrightFest and, thankfully for genre fanatics, writer-director-composer Thomas takes his cues more from such pedal-to-the-metal movies as THE TERMINATOR than leisurely efforts like THE STRAIGHT STORY. However, though this flick kicks off at 100 miles an hour and admirably accelerates until it approaches the speed and ferocity of Steven Spielberg’s full-throttle nail-biter DUEL, unfortunately, once the wheels stop rolling, so does the film’s momentum.

After scrabbling for assistance in a kerbside cinema showing 1922’s NOSFERATU: A SYMPHONY OF HORROR, panicked protagonist Joshua (Josh Plasse) hits the road hoping to escape whatever’s pursuing him. In the dark of the desert, he literally runs into Ariel (Emma Holzer), who puts the brakes on hoping to swap insurance details but gets much more when Josh, shirtless and bloody, climbs into her car and insists she join him.

Ariel’s Chrysler PT Cruiser isn’t as cool as Thelma and Louise’s iconic drop-top ’66 Thunderbird but at least it’s practical. Still, air conditioning and cupholders won’t save them from what’s coming – and coming fast. Swallowing up the night behind them is a hulking RV steered by a cowled figure (co-writer Aric Cushing) with a coffin’s worth of bad intentions.

This is the film at its strongest: a lean, mean, mysterious premise driven by propulsive chase sequences. It’s also the picture at its prettiest. Shot on location around Southern California’s Morongo Valley, the movie’s dirt roads and desert highways, especially those captured in daylight, allow Thomas’s cinematography to shine.

This is the film at its strongest: a lean, mean premise driven by propulsive chases

One reason the road scenes are so robust is that there’s little chit-chat. When the pace slows, the wheels come off. Plasse in particular struggles with the dodgy dialogue and, in the first of the film’s energy-sucking pit stops, even a spirited effort from genre icon Meg Foster can’t elevate Thomas’s spooky claptrap.

When our beleaguered couple reach the sanctuary of Ariel’s friend David (Will Haden), a horror student with familial ties to Old Hollywood, we’re forced to sit through a trait too common to contemporary indie horror: painfully postmodern dialogue through which characters have to make their own knowledge of the genre’s seminal works known. In this instance, David has to explain to his friend Peter (Scott Lindley) who John Carpenter is. (It’s odd that all the horror talk here is of HALLOWEEN and FRIDAY THE 13TH rather than, say, NOSFERATU, VAMPYR or any number of DRACULA adaptations.)

Carpenter’s shadow looms large throughout, not just over the images but the sound too. With his homespun synthwave score, Thomas comes close to evoking the tone and texture of Carpenter’s electronic music but he lacks the Horror Master’s preternatural ear for melody.

This section also introduces the tenuous threads that tie Josh to Maximilian, the bloodsucker on his trail. Then, just as we’re beginning to question whether the film’s statement title might be true, THERE’S NO SUCH THING AS VAMPIRES gives us its first good look at its fanged antagonist, which sends the surviving heroes fleeing for their lives. From here, the action relocates to a nearby police station for a siege that does its best to muster the unbearable tension of THE TERMINATOR. The issue, however, is that we’ve been given little reason to fear for our protagonists. In James Cameron’s peerless sci-fi slasher, we’re sold on the terrors of the T-800 long before that savage police-station assault rolls around. But by this point Thomas has yet to truly sell his own remorseless tormentor. What are its strengths? What makes this vampire different from any other? Perhaps, had the film opened with the campsite massacre that sent Josh on the run rather than its immediate aftermath, we’d better know what its vamp is capable of.

We learn its plan, at least, in the movie’s mausoleum-based climax, during which grand magus Maximilian reveals a scheme 100 years in the making – or part of it. Thomas clearly has his eye on a sequel here. With all its meta genre reverence and ruminations on identity, THERE’S NO SUCH THING AS VAMPIRES clearly has something to say about recycled tropes and undying mythologies. Whatever that is, though, gets lost amid its contrivances, throwaway devices and B-grade BUFFY plotting.

THERE’S NO SUCH THING AS VAMPIRES is at its best when it’s on the road. By the movie’s end, its best ideas have long disappeared in the rearview mirror. Still, given Thomas’s fleshed-out skill set, it shouldn’t be long until he gives horror fans something better to sink their teeth into. 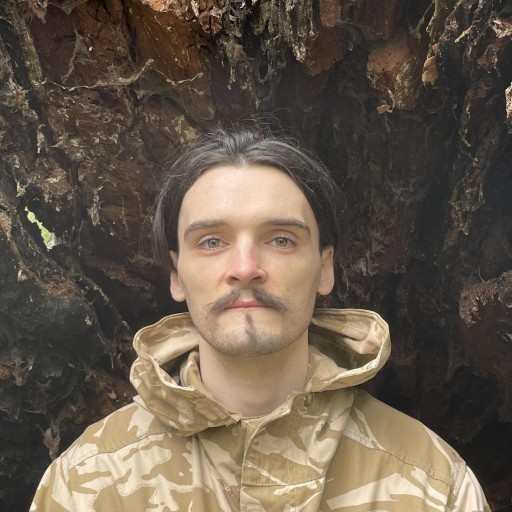