Scooby-Doo was and still is my favorite cartoon. It served as part of my early education in the genre and introduced me to the concept of horror and mystery intertwined. This concept is extremely prevalent in children’s horror fiction (and mystery fiction, naturally) with many books with horror elements labeled mysteries and vice-versa. The two genres meld especially well in the world of children’s fiction because, as kids, we are curious and constantly exploring. As a kid, I always wanted to stumble upon a real mystery with monsters meant to scare me away from finding the truth, but I had to be content with living vicariously through the escapades of various fictional mystery solving children.

Laurie Allen is just one of these fictional kids who, as it turns out, has a knack for solving spooky capers. In the THE HAUNTING OF CABIN 13, by children’s author Kristi D. Holl, Laurie attempts to solve a mystery that’s quite literally haunting her cabin and the park where her family is vacationing . Mysterious notes from a girl Laurie’s age, who previously stayed in her cabin and drowned in the park’s lake the year before, keep popping up. Who could be sending the notes? Who would masquerade as a girl who died? And why? With the help of her artistic friend Matt, and her overly outgoing friend Jenny, Laurie races against time to solve the mystery before she and her family have to go back home or, worse, before someone else dies.

I recently reread this book and immediately saw why it won its prolific author the “Maryland Children’s Book Award.” I loved Laurie Allen, her sense of curiosity, her bravery, her love for the natural world and her logical mind. I also loved Matt who, although confined to a wheelchair, is just as strong as all the other characters in the book. Add in some well placed humour, and details from the real Backbone State Park in Iowa, and you get a very entertaining and intriguing read that manages to frighten and fascinate with each page.

I would like to note that the edition I read for this review is the original THE HAUNTING OF CABIN 13 published in 1987 and I can only speak for this edition which does use the term “Indian” several times when referring to America’s indigenous people. Additionally, it contains a few scenes which would now be considered culturally offensive, but which were acceptable at the time of its publication. That aside, I certainly recommend buying this creepy classic for your fright fiction collection. While it does show its age in parts, it’s definitely worth the read and comes highly recommended. 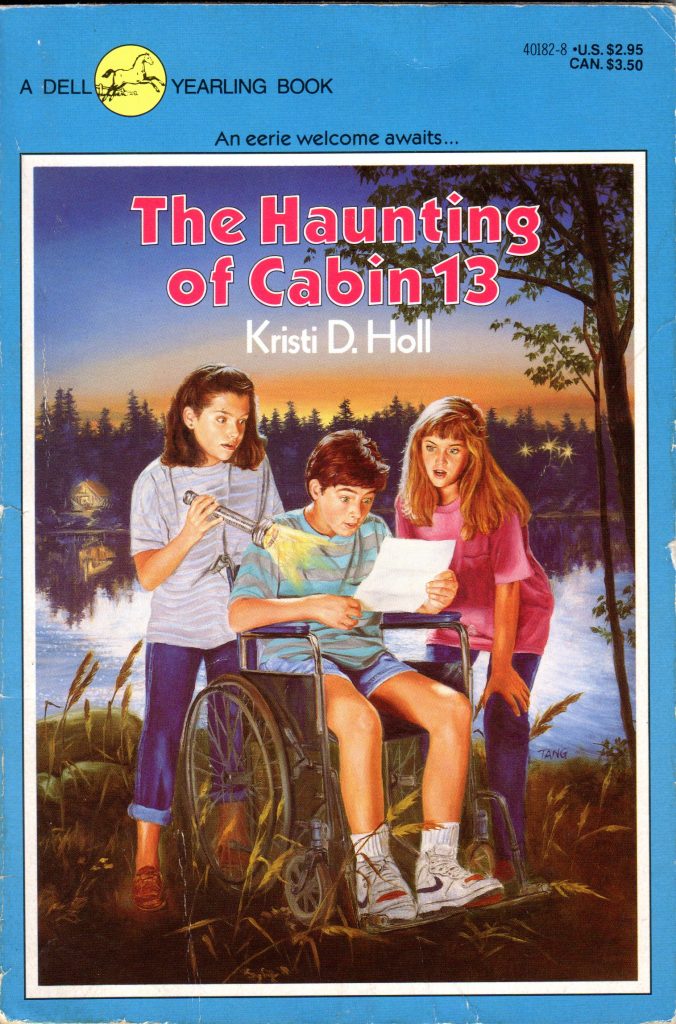