FRIGHTS FOR TYKES GETS SPOOKED BY “THE GHOST IN TENT 19”

It’s almost summer and with summer comes camping and spooky stories around campfires. In the spirit of the season, I have decided to cover THE GHOST IN TENT 19 by Jim and Jane O’Connor, illustrated by Charles Robinson and published by RANDOM HOUSE (under their A STEPPING STONE imprint in 1988), for this installment of FRIGHTS FOR TYKES.

The book follows four youngsters – Jed, Arthur, Hal and Danny – the latter whom tells the bone-chilling story that tent 19, where the boys sleep, is haunted by the ghost of a pirate named Henry Bloodworth. Bloodworth plundered many ships during his time and legend has it he buried his treasure somewhere in the area. Danny and the other boys don’t know it yet, but Bloodworth’s treasure is indeed buried in their camp, Camp Tall Pines.

THE GHOST IN TENT 19 is a quick and easy to read for ages 7 to 12. It features fun gestural illustrations, has a simple yet appropriately detailed story, and plenty of ghostly goings-on. Ultimately, the book feels like a HARDY BOYS or ALFRED HITCHCOCK AND THE THREE INVESTIGATORS story, except the ghost ends up being real.

I found the paperback edition where I almost always find the books I write about for this column – at a used book sale. You can grab this edition at a book sale near you, or nab buy it on AMAZON in “good” condition for as little as $4.05 + shipping. Be forewarned that this might very well be the later paperback edition featured on Amazon. I can’t speak for that edition, but it’s probably just the cover that’s different. The original hardcover edition can be found on AMAZON for $5.92. Regardless of what edition you buy, I recommend you add THE GHOST OF TENT 19 to your collection; it’s the perfect kind of book to read around a campfire, or in a sleeping bag. 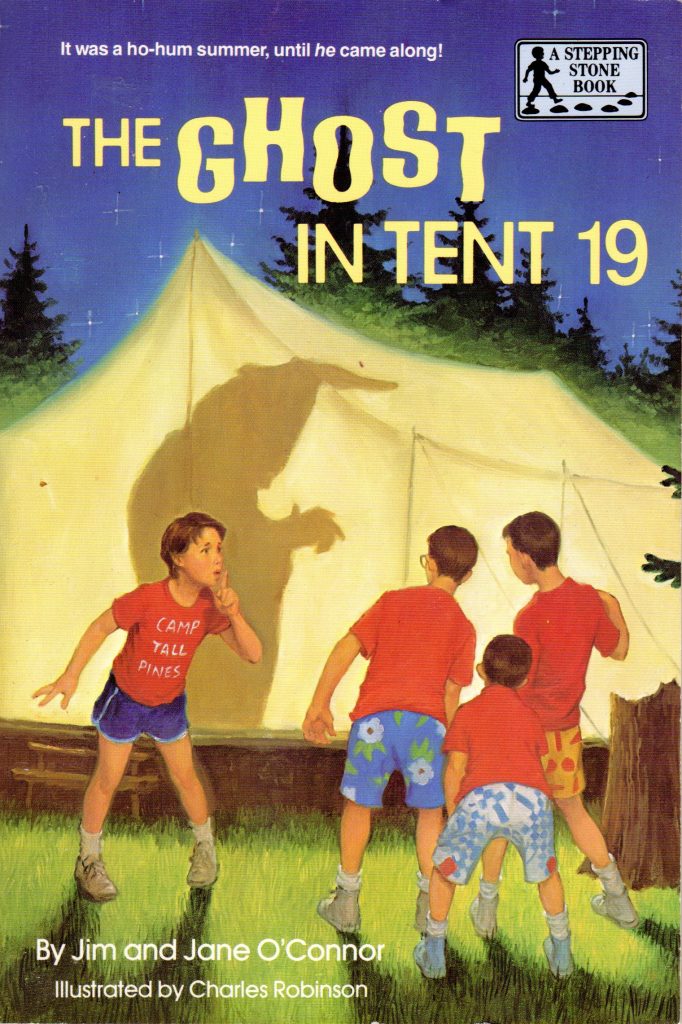