This week on Frights For Tykes: beware “THE GHOST-EYE TREE”

For as long as I can remember, certain trees have given me an uneasy feeling. Some have knots that look like anguished mouths and eyes. Others have gnarled roots, trunks and limbs that look like they’re ready to grab you. Trees have long held a supernatural and sinister allure in the European and American traditions. When the first white settlers stormed the shores of what would become America they were confronted with thick dark forests, forests that frightened and embedded themselves into their already rich tapestry of supernatural paranoia eventually leading to seminal horror stories like YOUNG GOOMAN BROWN by Nathaniel Hawthorne. The story of a Puritan man who meets the devil on a road in the woods, YOUNG GOOMAN BROWN is a chilling story that holds many comparisons to the book I’m covering in this edition of FRIGHTS FOR TYKES.

THE GHOST-EYE TREE was written by Bill Martin Jr and John Archambault and illustrated by Ted Rand and originally published by SCHOLASTIC, INC. in 1985.  The book follows a brother and sister as they venture out at night to retrieve a bucket of milk from their neighbor’s farm. They are not happy about this chore since, along the road to their neighbor’s farm, there is a tree known to the children as the Ghost-Eye Tree. For the children, the tree is the equivalent of the devil, and they don’t wish to meet it, especially at night.

THE GHOST-EYE TREE has been a staple of my collection for years, its evocative illustrations and charming characterizations keep me returning for an enjoyable read. The book is thin, written for ages 4 to 8, and can be found on Amazon in its reprint edition for as little as $4.68.

THE GHOST-EYE TREE is a humorous and haunting book that every collector of children’s fright fiction should own. Check it out! 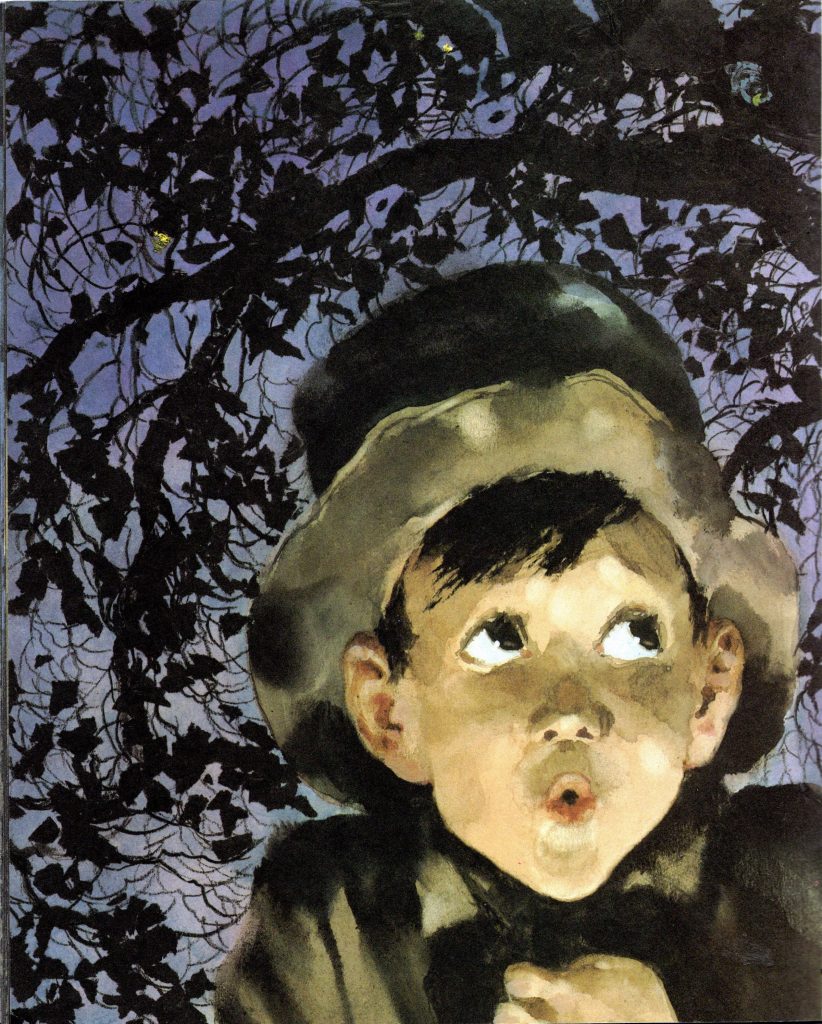 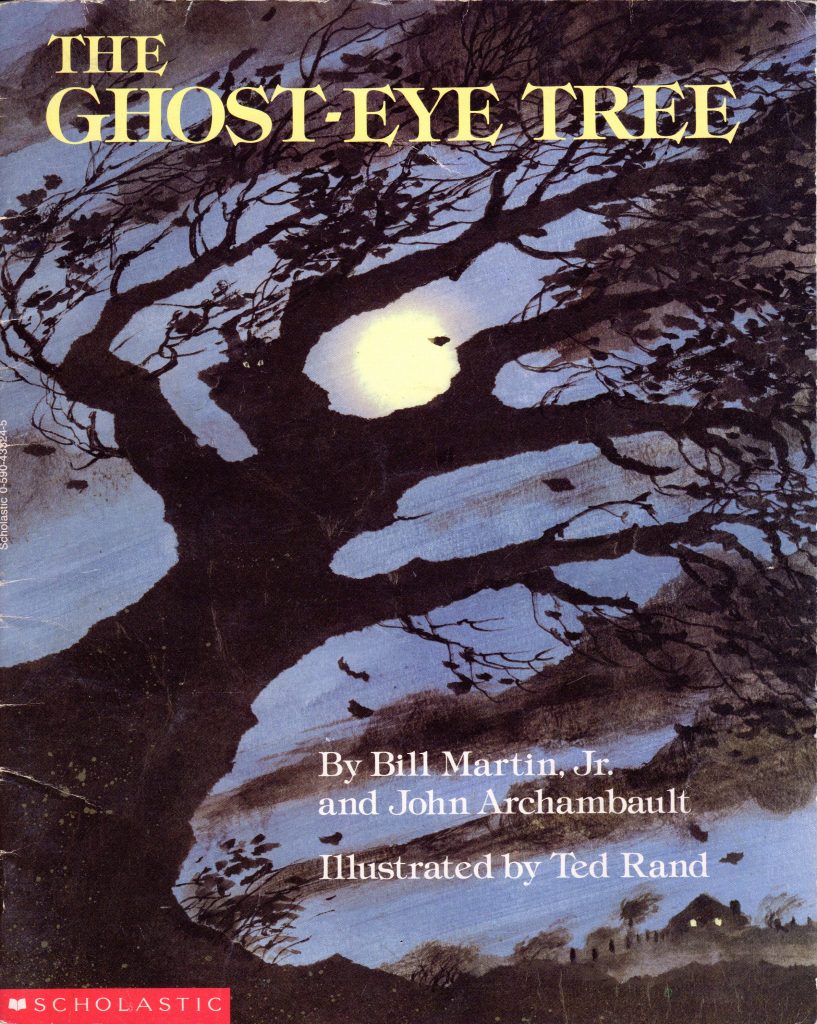