In the midst of her heyday as a horror heroine, Jamie Lee Curtis traveled Down Under to co-star with Stacy Keach in Richard Franklin’s psychochiller ROAD GAMES. It’s coming to Collector’s Edition Blu-ray next month from Shout! Factory on the Scream Factory label, and the complete specs have been revealed.

The ROAD GAMES disc arrives November 12, presenting the movie (directed by Richard Franklin, who would go on to helm PSYCHO II) in 2:35:1 widescreen. The synopsis: “Stacy Keach is Pat Quid, a lone trucker who plays games to keep his sanity on long hauls through the desolate Australian Outback. Jamie Lee Curtis is a free-spirited hitchhiker looking for excitement with a game of her own. And somewhere up ahead is a maniac in a van whose game may be butchering young women along the highway. But when the killer decides to raise the stakes, Quid’s game becomes personal…and the rules of this road are about to take some very deadly turns.”

Retail price is $29.99; you can pre-order the disc for $28.43 at the Shout! Factory website, and receive an exclusive 18 x 24” rolled poster of the new cover art while supplies last. 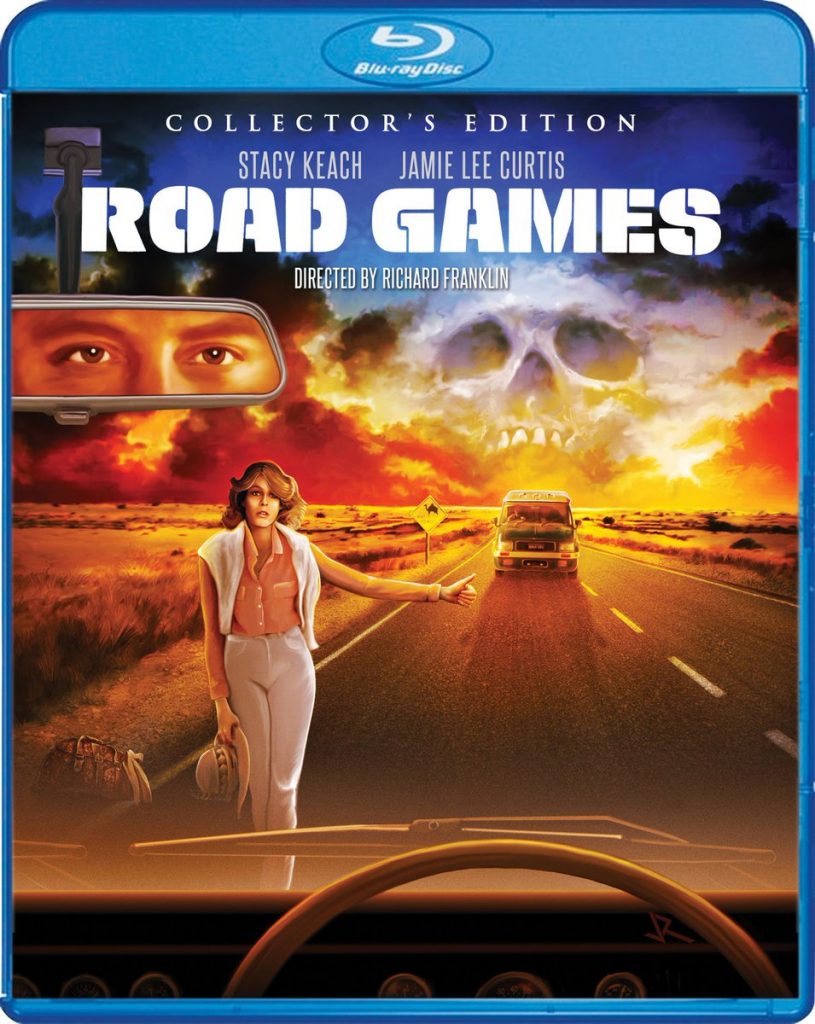