Just prior to the London Toy Fair, Funko announced a bevy of new and exciting releases that will surely have collectors clamoring to make room for these colossal characters.

These little vinyl Funko Pop! figures are everywhere and cover a vast selection of interesting “pop” ular culture. Say hello to their newly released crazed New York City banking executive Patrick Bateman from beloved slasher American Psycho. This figure (including a Hot Topic and Chase Variant) shows off Bateman in his expensive suit sporting weapons in hand. Two versions of the figure also has him holding axes and wearing see through clothing to protect that million-dollar suit. 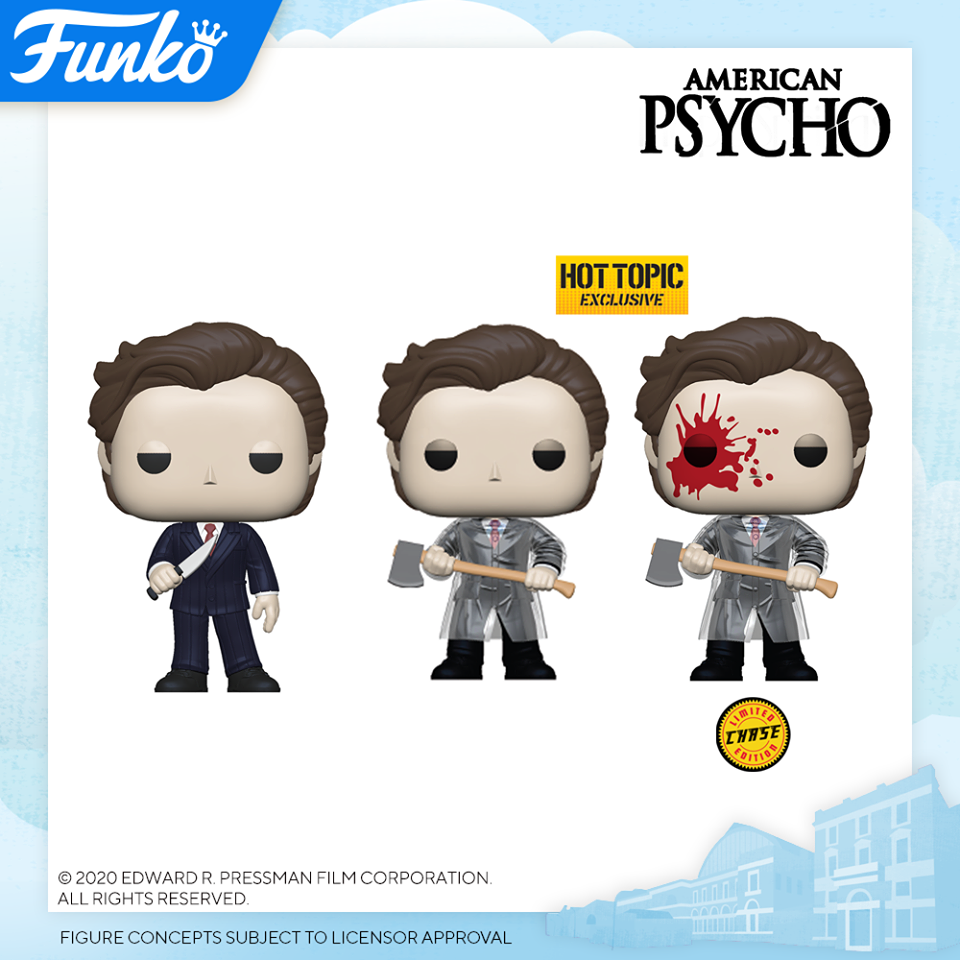 Also announced and ready for pre-order is an exciting trio of Creepshow figures. First up, of course, is the cornerstone of the Creepshow movies and show, The Creep Pop!, followed by Scarecrow Pop! based off the new television series episode called “The Companion” where a child named Harry is pursued by a scarecrow that has come to life, and Genie Pop! from the television episode  “The Man in the suitcase”. 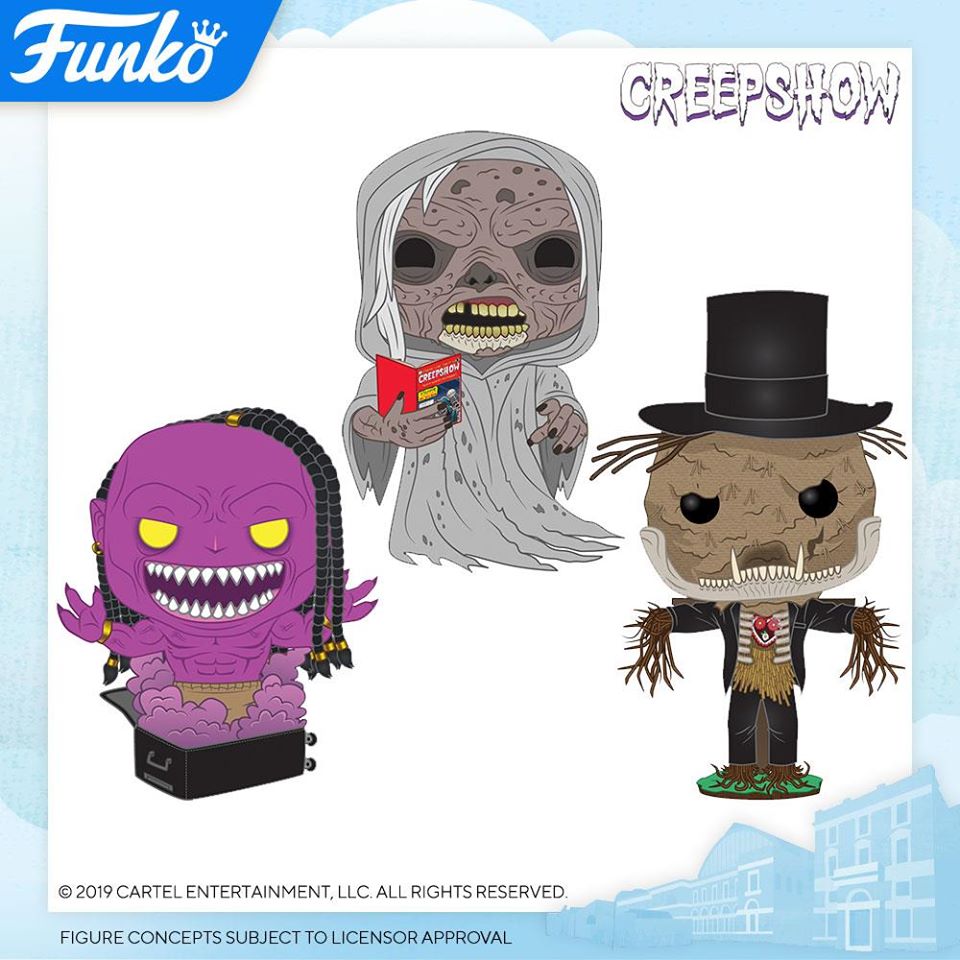 Finally, if you missed out on the Funko shop exclusive Killer Klowns from Outer Space from late last year, don’t fret as Funko has just announced a new trio of Klowns! Based on the classic 1988 comedy/horror film, look for this neon coloured “krazy” trio, Jumbo, Shorty and Spikey, to make their way to store shelves later this year. One can only hope that Funko will also release a cocooned person in candy floss as a character of its own. Don’t wait on these as they will be sure to sell out fast. 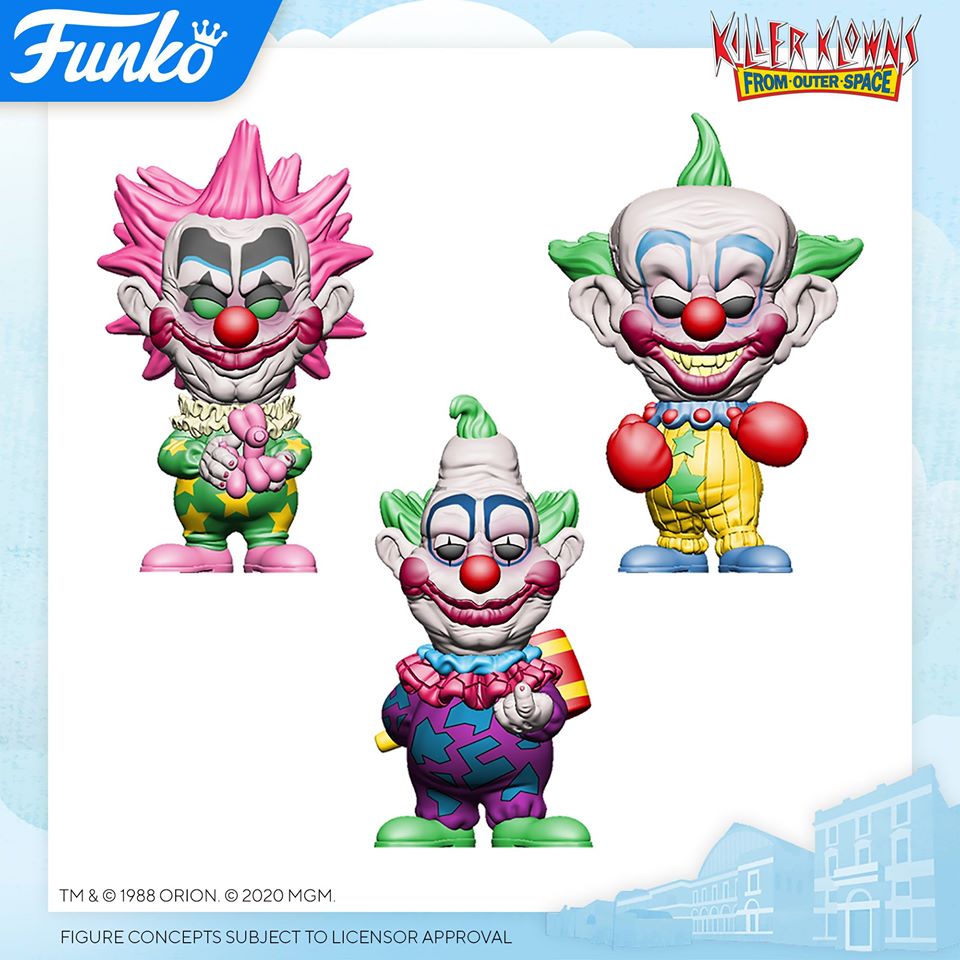 Along with horror their horror releases, keep an eye out for music themed Pops! coming in 2020. These releases will include three Slipknot Pops!, two Motörhead figures Lemmy Kilmister and the band’s mascot Warpig aka Snaggletooth, and three classic line up members Jeff Hanneman, Tom Araya and Kerry King of Slayer. Also, Hot Topic will once again be selling their exclusive Ghost Papa Emeritus II figure and don’t forget about the already announced line of Iron Maiden ‘Eddie’ figures which should be out any day now. 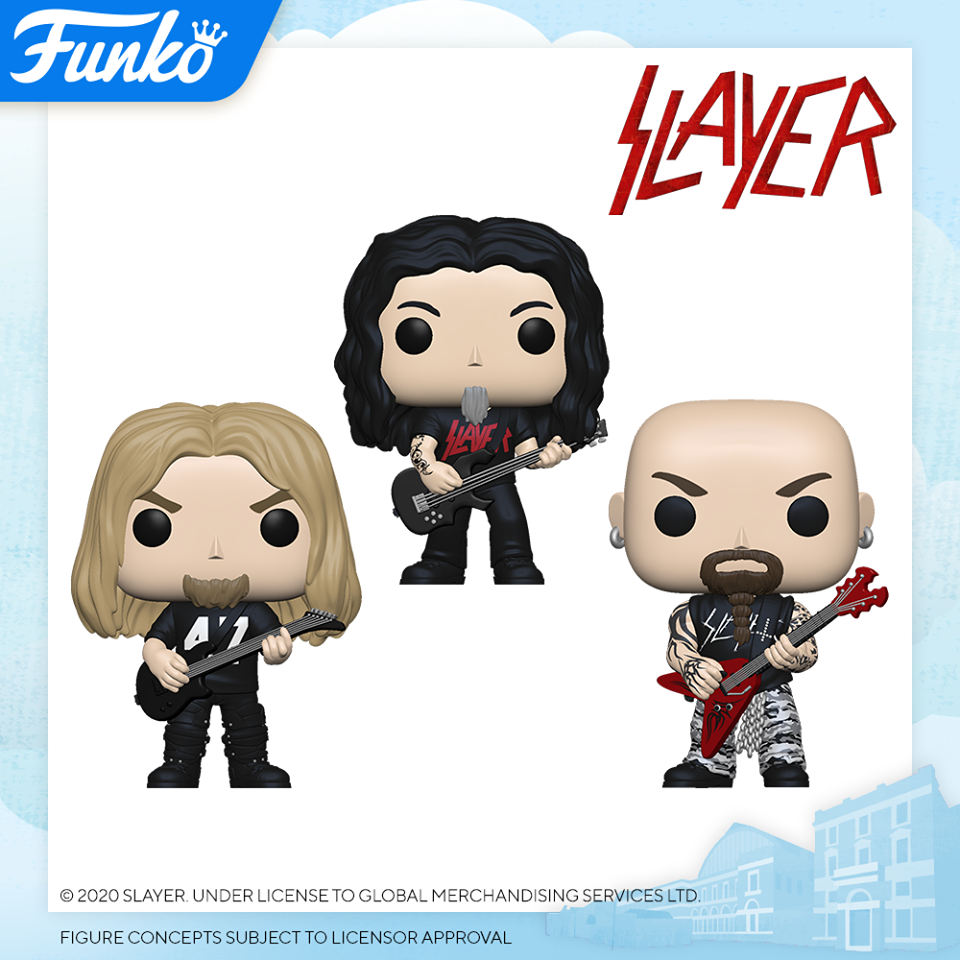 This year is set to be one filled with vinyl horror thanks to Funko. Look for all the other figures to make their way to stores in April and May 2020, with pre-orders already up on some websites such as Pop in a box.