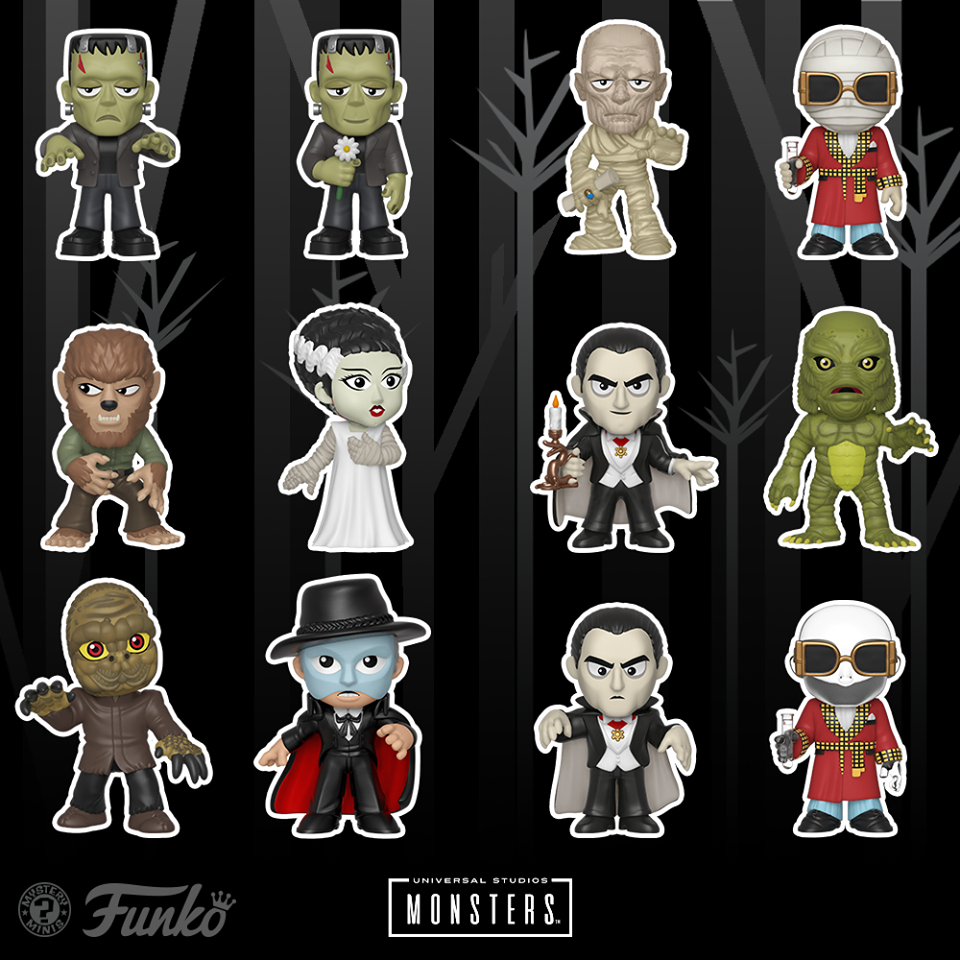 Vinyl giant Funko has just revealed its new selection of UNIVERSAL MONSTERS MYSTERY MINIS, which will appear in retail stores and online later this year. Walgreens stores in the United States will offer “exclusive” black and white coloured versions. 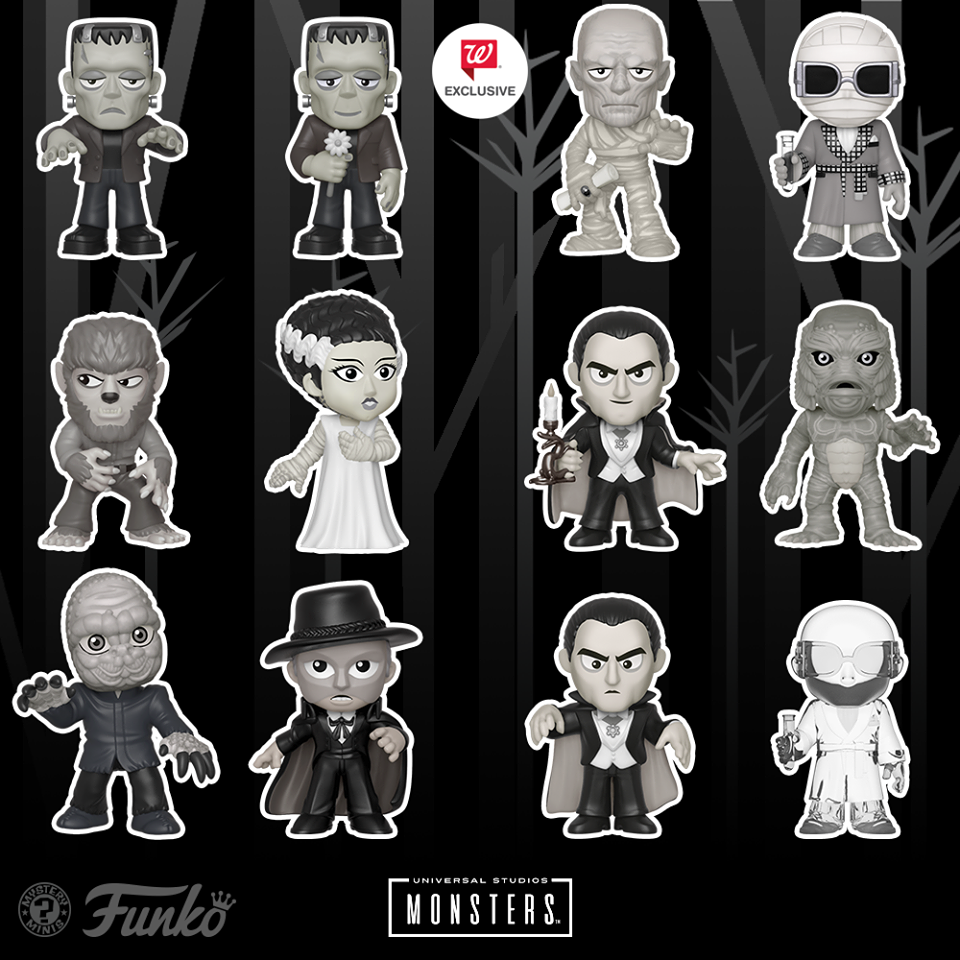 These highly collectible figures will include two versions of Frankenstein’s monster (one holding a flower with petals), Bride of Frankenstein, two versions of Dracula (one holding a candle with candle holder), the Mummy, the classic Wolfman as played by Lone Chaney Jr. in the 1941 film, and two versions of the Invisible Man (one in bandages house coat, goggles and one “invisible” version with house coat and goggles). The final three monsters included in this series of characters include Phantom of the Opera, Creature From the Black Lagoon (the film has an appearance from a very young Clint Eastwood, look for it) and the Mole People. 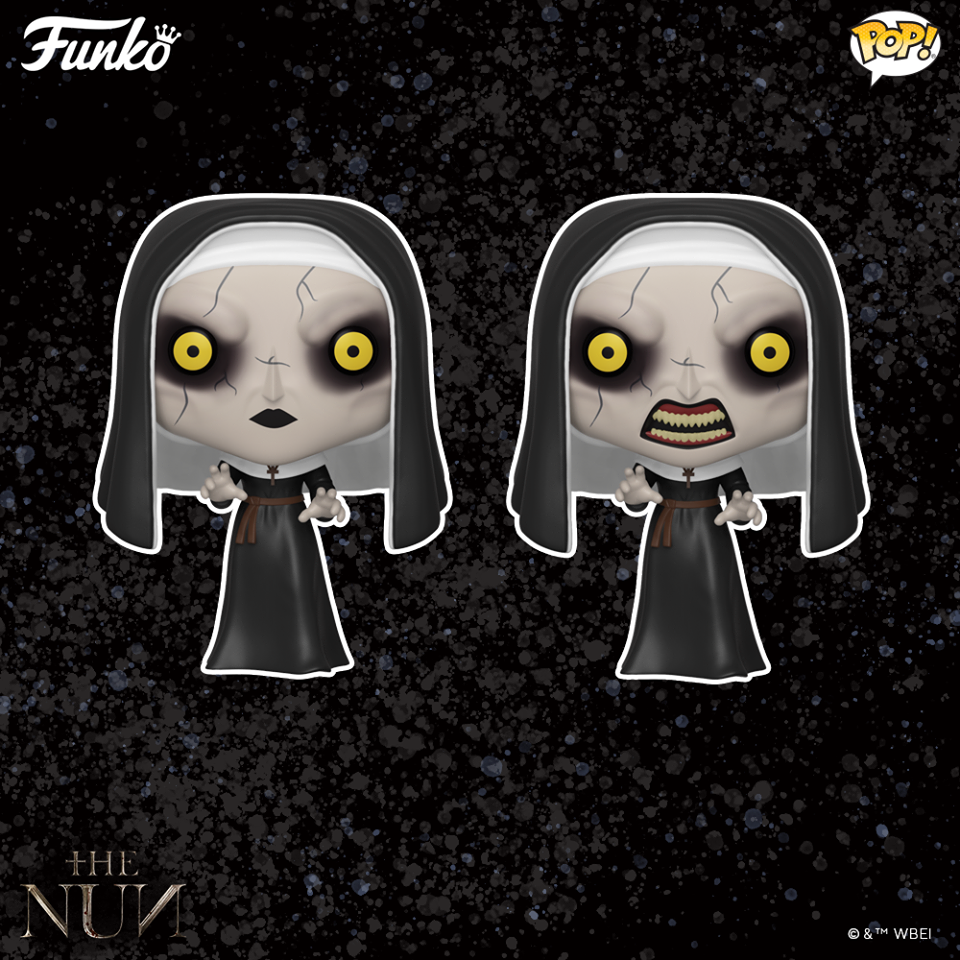 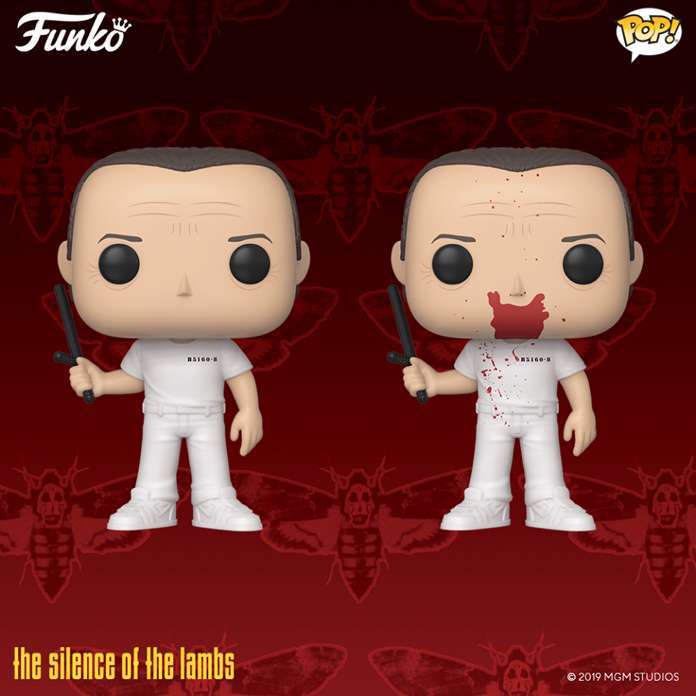 Look for prices to be very close to other mystery mini releases from Funko, and keep an eye out for newly announced Funko Pop vinyl figures The Nun, The Silence of the Lamb’s Hannibal Lecter and a Teen Wolf pop based on the version of the character played by Michael J. Fox (fully in werewolf mode) from the 1985 film directed by Scott Howard.