Released to cinemas in the fall of 1992, Bram Stoker’s Dracula was a cinematic tour de force, giving audiences a provocative new take on the classic 1897 vampire novel. Directed by award-winning filmmaker Francis Ford Coppola (The Godfather trilogy, Apocalypse Now), the movie’s stunning costumes, inventive makeup and special effects, lush musical score, and casting of Gary Oldman in the titular role of the undead nobleman drew praise from critics and many fans, and the film went on to become an international box office success. Nominated for four Academy Awards, it won three Oscars for Best Costume Design, Makeup and Sound Effects Editing.

The film spawned several pieces of early ‘90s merchandise, including soundtrack releases, model kits, a tie-in novelization, comic book series, board game, trading cards, and a video game for the Super Nintendo Entertainment System (SNES). Later, in 2006, a two-pack figure set of Dracula in his wolf and bat incarnations would be marketed by McFarlane Toys.

Now, twenty-nine years after the film’s release, Funko is offering a set of six figures in its mega popular POP! vinyl toy line. The company has given fans three versions of Oldman’s Dracula: the sword-wielding Vlad the Impaler in his striking blood red armour; the Count as a white-haired old man; and finally, as a younger version of himself, complete with grey suit, top hat, blue spectacles, and cane. Rounding out the set is a figure of vampire slayer Van Helsing (as played in the film by Anthony Hopkins), with hat and torch accessory molded into his hand. Two of the figures are available with alternate versions: the armor-clad Vlad the Impaler is available in a standard release with no helmet; as well as a Funko Shop exclusive that sports the samurai-like wolf helmet seen at the beginning of the film. A chase edition of the “old man” version of Dracula depicts the Count licking blood off a razer blade (from the scene in the film in which Keanu Reeve’s Jonathan Harker cuts himself while shaving). 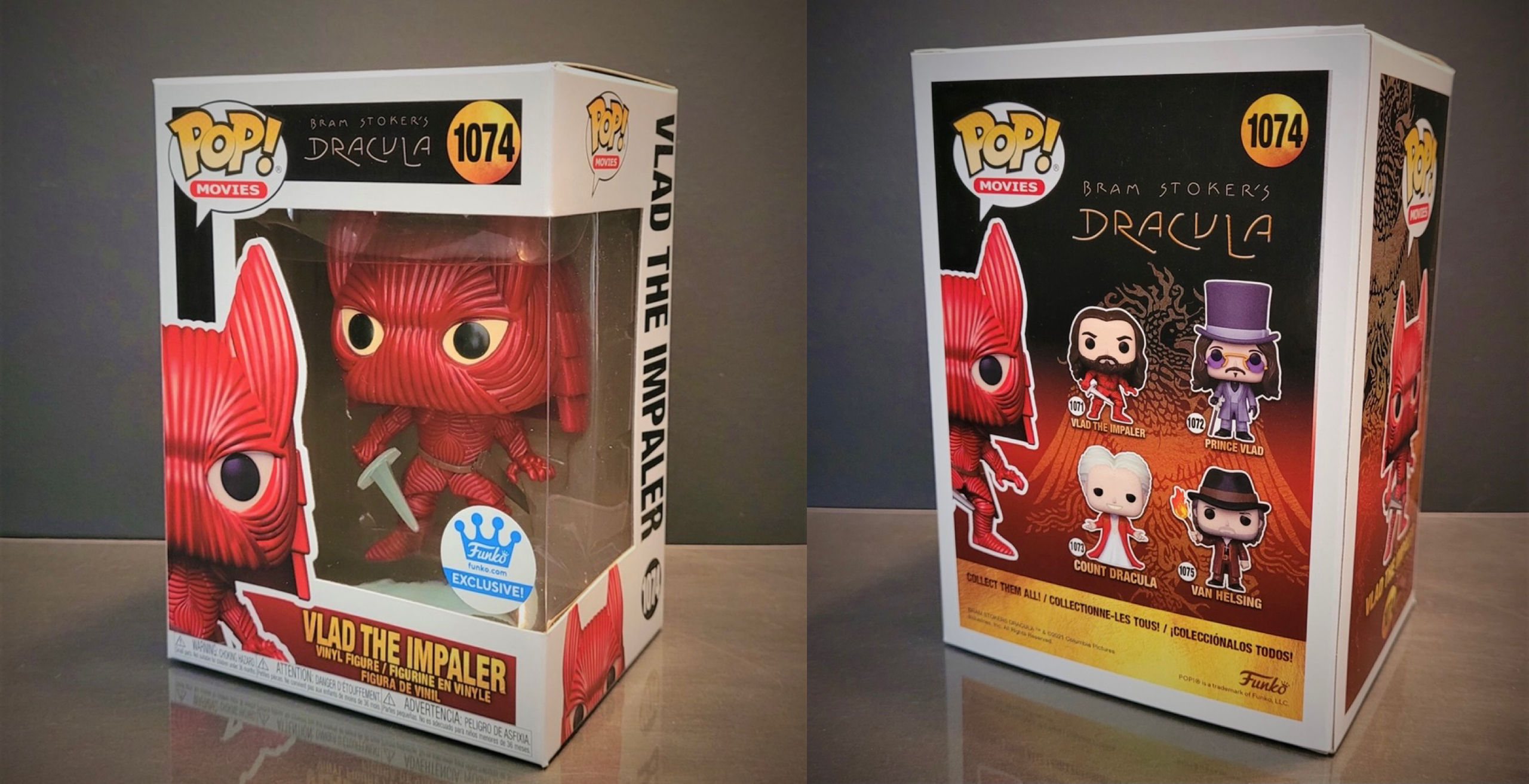 The detailing and paint apps on the figures are above what you usually find for POP! figures, and it appears the company has strived to showcase the audacious costume designs by Eiko Ishioka with these releases. Also surprising is the packaging design employed: instead of the familiar movie poster artwork of the three-headed bat and wolf stone wall relief, Funko is utilizing red, gold, and black coloured packaging with Dracula’s dragon motif (looking much like the Count’s red kimono-like robe). Here’s hoping Funko follows up the series with additional releases like a vampiric Lucy (played in the film by Sadie Frost), and bat, wolf and “coachman” versions of Dracula.

SRP for each figure is $11 USD and can be widely found in stores and online retailers. The Vlad the Impaler with helmet exclusive is higher priced at $15, and available from funko.com. (Please note the Funko Shop only ships within the USA; however, the figure is available on eBay and from other online outlets). 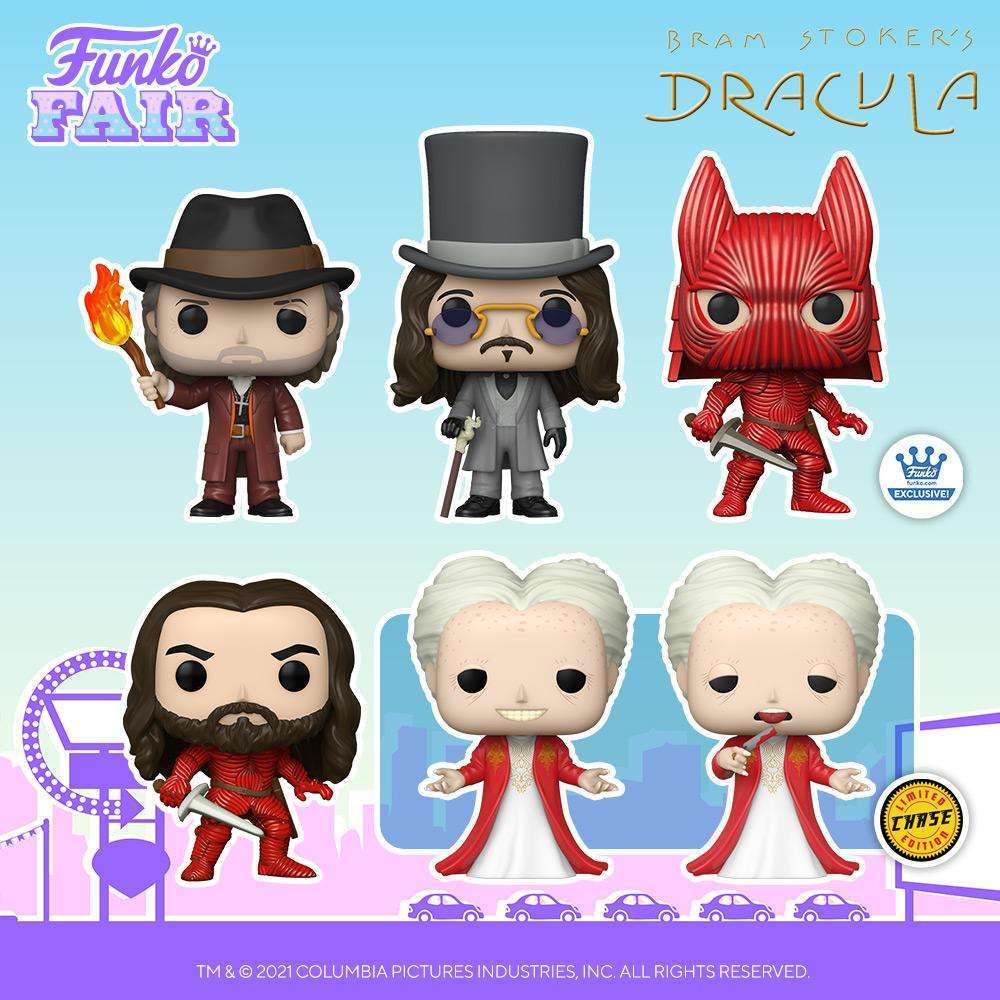