A  new ultra-addicting horror puzzle game with over 150 levels has been ported over to the Xboxone gaming console. FRIDAY THE 13TH: KILLER PUZZLE by Blue Wizard Digital, which has been making waves on Mobile, Nintendo Switch, and Steam (PC) was recently released for the Xboxone gaming console. Is it just as fun as one other platforms, or does is lack some luster? Let’s find out below! 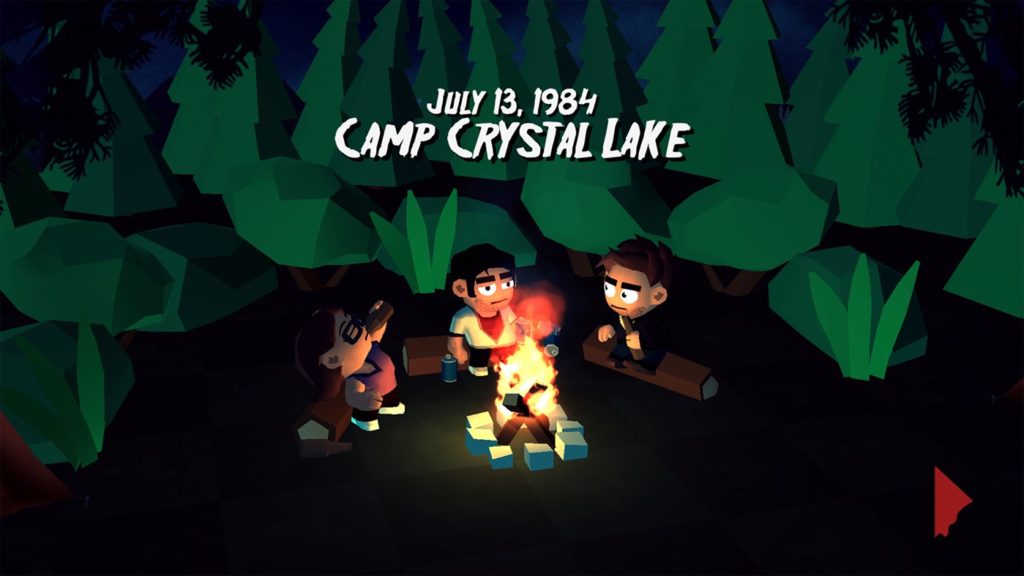 First, for those who don’t already have an understanding of the game, players take control of Jason Voorhees to stalk and kill campers (starting July 13th, 1984) over 150 blood-splattered puzzle levels. Rank up Jason and open up new avenues for this killing machine like new weapons, new costumes and so much more. Taking place on Jason’s old familiar Crystal Lake campgrounds, and progressing over different areas such as Manhattan high rises, maximum-security prisons, snowy ski resorts, and even heading into space, Jason knows no boundaries.

The game itself is set up as a puzzle in which you must move Jason in one direction at a time until he runs into obstacles, these obstacles can be anything from walls to targets, like very innocent campers. Mama Voorhees’ severed head pops up before each level and implores Jason to kill. Each level is built up of twelve puzzles that you must progress through in order to make it to the next level. The puzzle locations should be somewhat familiar to fans of the Friday the 13th film franchise and help to make the experience of disemboweling camping teenagers all the more fun. For the younger fans of Jason (or older fans not fond of all the gruesome arcade violence), there is an option on the game startup screen to put the gameplay into PG mode. 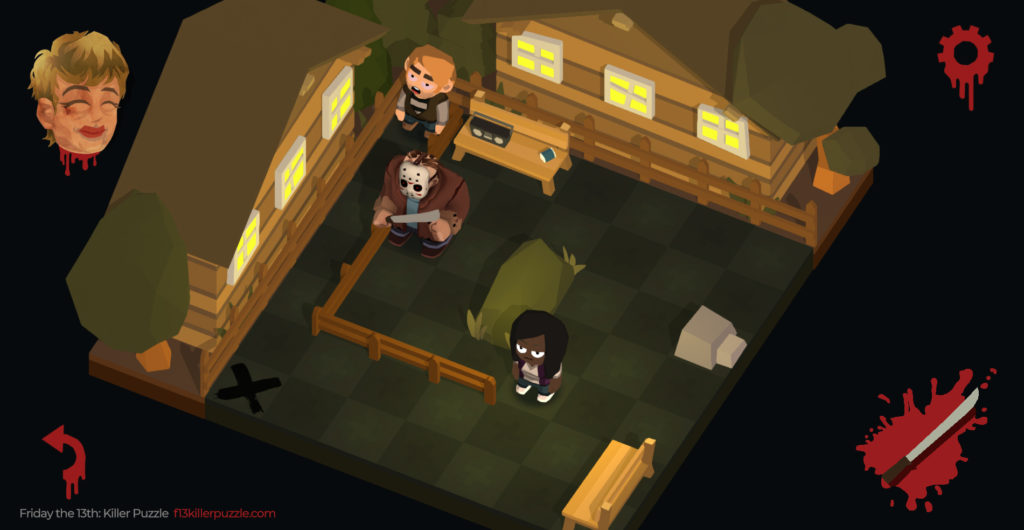 With each new kill, Jason gains Bloodlust (this game’s way of monitoring experience points – better known as XP), and once you’ve filled up the iconic Hockey mask with Bloodlust players are rewarded with new weapons. Also, look to unlock some familiar and not so familiar Jason outfits – yes Uber Jason is here too. Is there enough here to warrant one to purchase this game on the Xbox if they already have another version? I’d say yes and here’s why. The game play and graphics feel much smoother than the mobile versions. Being able to see each level on a larger screen aids in the fun factor, while easing the stress put upon one’s eyes. The animated death scenes are plentiful and should be fully enjoyed on a large screen (in both PG and R-rated mode). Seeing Jason belt-sand a camper’s face off on a large screen made me giggle with excitement, something that was harder to fully enjoy on my small mobile phone screen.

The puzzles start off easy and progress in difficulty with each new level. Being able to maneuver the Xboxone game controller was an asset, something that I found hit or miss using my fingers on the phone version. It also aids in timing button taps, which is very useful when trying to build up bloodlust. 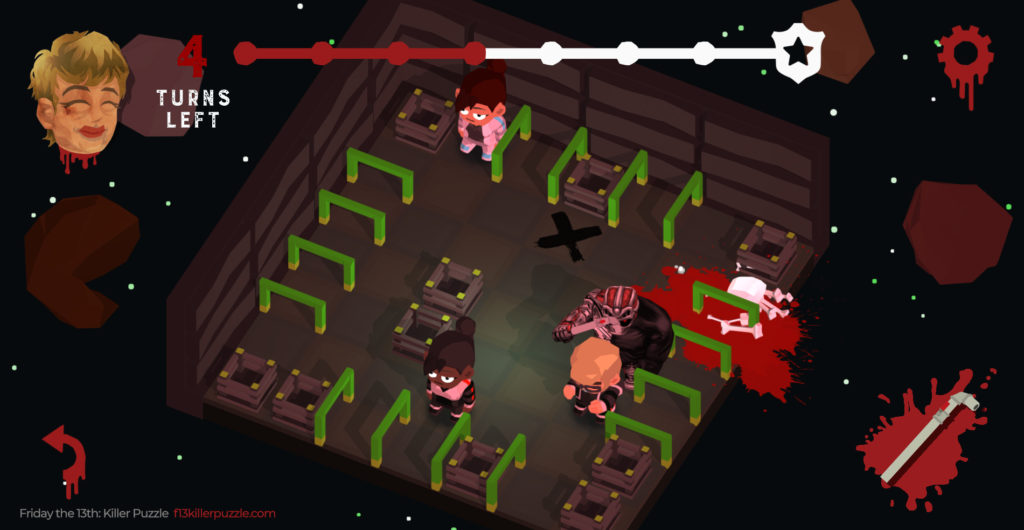 Beyond the main game itself, there are two different game modes Daily Death and Murder Marathon. Both of these add to the main title and are for players who want a higher degree of difficulty. Daily Death gives players one task a day to complete, but here’s the catch, you won’t be given hints or the rewind function, which you can use in the main game. Each day brings another new challenge, and that alone should hook some gamers. In Murder Marathon mode, players must time their attack with flawless expertise to kill a camper. In this mode, a bar is shown with a red area with a cursor that moves up and down the bar. To get the kill and move on to the next camper one must get their attack in the red. Red means they’re dead; anywhere else and the camper dodges Jason’s attack and the game is over.

The final thing that FRIDAY THE 13TH: KILLER PUZZLE does so well is the balance humor, horror, and game difficulty. If you tilt one of these too far in most games, the game can suffer quite a bit and most causal gamers may lose interest. The main game, and the inclusion of harder or more skilled modes, offers every gamer something to come back to countless times. Having a gruesome R mode and an acceptable PG mode allows the player to decide if Jason paint the camp red that tonight, or if is he a more forgiving but still vicious killing machine. I can’t recommend this game enough for Xboxone owners, it’s a real treat to boot up and have Mama guide Jason through many exciting new levels of bloodied, brain-teasing puzzles.

A big thank you goes to Blue Wizard Digital for the Review Code. Slash your way on over to the FRIDAY THE 13TH: KILLER PUZZLE fans Group on Facebook for walkthroughs, discussion and so much more.