Influencing takes on a deadly new meaning in the movie world-premiering this month.

Shudder will debut SHOOK exclusively in the U.S., Canada, UK, Ireland, Australia and New Zealand, as well as via the Shudder offering within the AMC+ bundle where available, on February 18. Written and directed by Jennifer Harrington, it stars Daisye Tutor, Emily Goss, Nicola Posener, Octavius J. Johnson, Stephanie Simbari, Grant Rosenmeyer and real-life makeup and social media influencer Genelle Seldon. Tara L. Craig produced, and the film features music by celebrated electronic artist and Italians Do It Better label owner Johnny Jewel and tracks from his cult hit bands Chromatics, Symmetry and Glass Candy. The synopsis: When Mia [Tutor], a social media star, becomes the target of an on-line terror campaign, she has to solve a series of tests to prevent people she cares about from getting murdered. But is it real? Or is it just a game at her expense?” 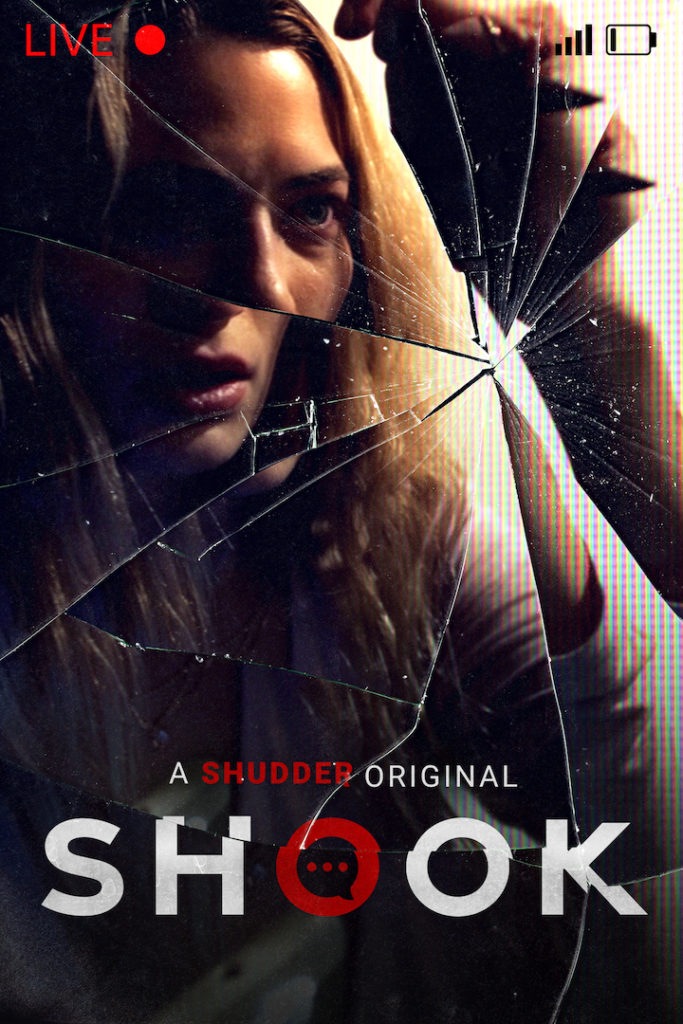