Grab this ultra rare, collector’s Halloween double issue of Rue Morgue for 70% off

Heads up collectors, in the midst of routing deep in the bowels of the Rue Morgue Manor, staff unearthed a box containing copies of RUE MORGUE #41 HALLOWEEN 7th ANNIVERSARY DOUBLE ISSUE, a previously RARE and hard to get collectible back issue. As a thank you to our loyal fans and readers, we are offering this issue at over 70% OFF the Rare listing price (along with FREE shipping anywhere in the US and Canada) for 24 hours on on Tuesday March 13 only!
RUE MORGUE #41 HALLOWEEN 7th ANNIVERSARY DOUBLE ISSUE features THE UNHOLY REBIRTH OF CLIVE BARKER with rare cover art created by the master of horror himself, exclusively for this issue! Also in this issue: a history of CANADIAN HORROR CINEMA; celebrating 25 years of FRIDAY THE 13TH; GEORGE ROMERO brings his zombies to comics; the lowbrow art of XnO; the CHURCH OF HEAVENLY WOOD; introducing GROOVIE GHOULIES pop punk’s happy horror band; TROMA celebrates three decades of perversion and disgust, and tons more!
RUE MORGUE #41 HALLOWEEN 7th ANNIVERSARY DOUBLE ISSUE will be available Tuesday March 13 (24 hours only) for the gift price of $6.66, down from its rarity price of $25, and NO SHIPPING FEES to anywhere in the US and Canada!
Check back at this link beginning at the stroke of midnight EST and lasting 24 hours through Tuesday March 13 only!
Sale ends end of day Tuesday March 13 at the stroke of midnight EST. 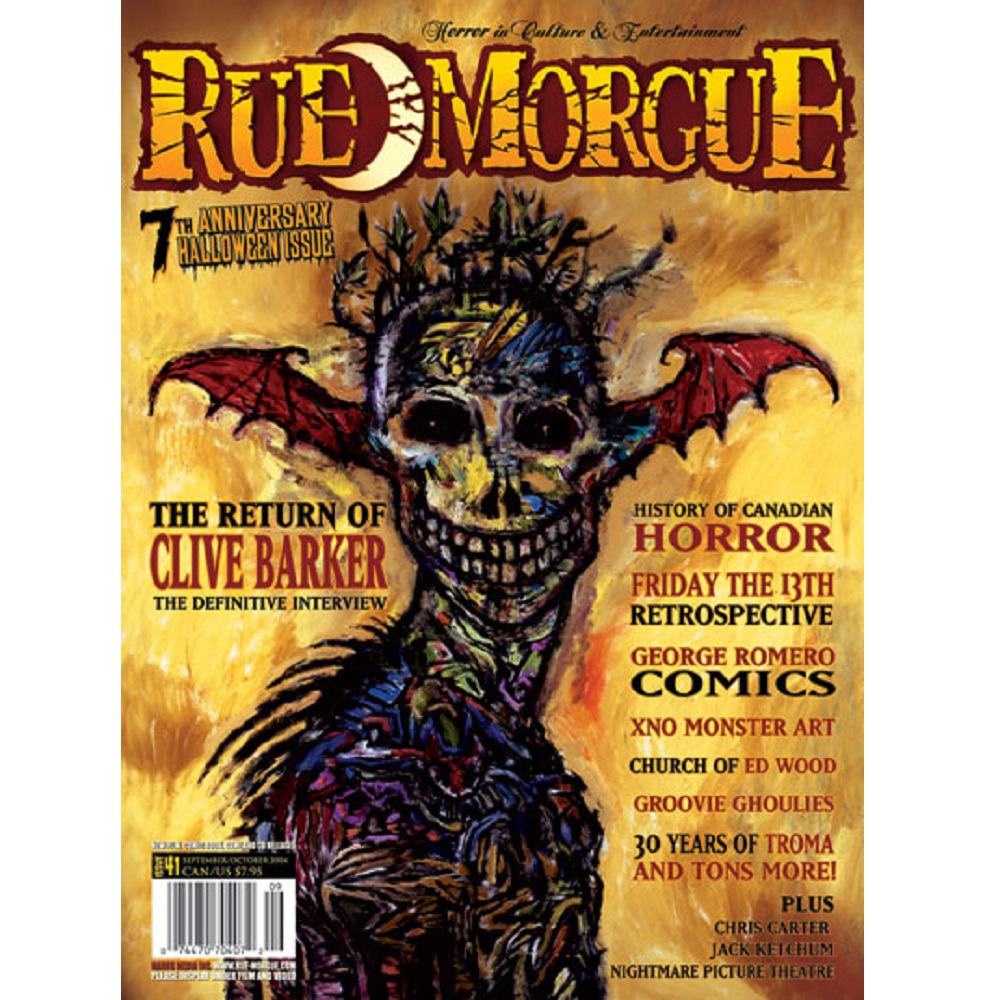