For anyone wondering what sights the new HELLRAISER has to show us, the wait is over; it’s got a disc and digital release date, and we’ve got the details along with the cover art and trailer.

Lionsgate Home Entertainment has announced that HELLRAISER: JUDGEMENT will arrive on Blu-ray, DVD and VOD February 13. Written and directed by the franchise’s longtime makeup effects artist Gary Tunnicliffe, it stars Damon Carney, Randy Wayne, Rheagan Wallace, Alexandra Harris and FEAST films director John Gulager, and features A NIGHTMARE ON ELM STREET’s Heather Langenkamp, Paul T. Taylor as Pinhead and Mike J. Regan as Chatterer. The synopsis: “Three detectives trying to stop a diabolical serial killer are sucked into a maze of otherworldly horror, where hellish denizens including the Auditor, the Assessor, and the Jury await to pass judgment.” 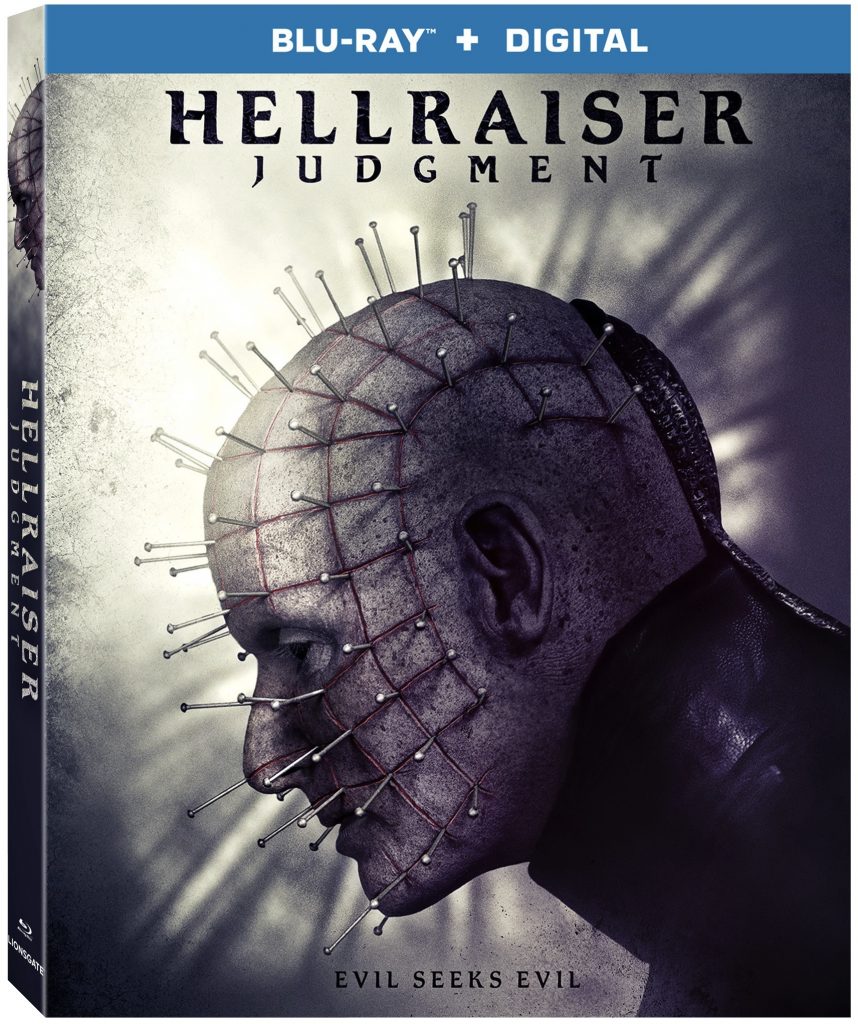