Horror/Western “THE PALE DOOR” gets a release date

Desperadoes meet an even deadlier group in a new film from the creators of SCARE PACKAGE and presented by Joe R. Lansdale (BUBBA HO-TEP) that’s been scheduled for later this summer.

RLJE Films will release THE PALE DOOR in select theaters and on VOD/digital platforms August 21. Directed by Aaron B. Koontz from a script he wrote with Cameron Burns, it stars Devin Druid, Zachary Knighton (THE HITCHER), Noah Segan (SCARE PACKAGE), Stan Shaw (THE MONSTER SQUAD), Pat Healy (THE INNKEEPERS), Bill Sage (WE ARE WHAT WE ARE) and Melora Walters (CAM). The synopsis: “The Dalton gang find shelter in a seemingly uninhabited ghost town after a train robbery goes south. Seeking help for their wounded leader, they are surprised to stumble upon a welcoming brothel in the town’s square. But the beautiful women who greet them are actually a coven of witches with very sinister plans for the unsuspecting outlaws–and the battle between good and evil is just beginning.” 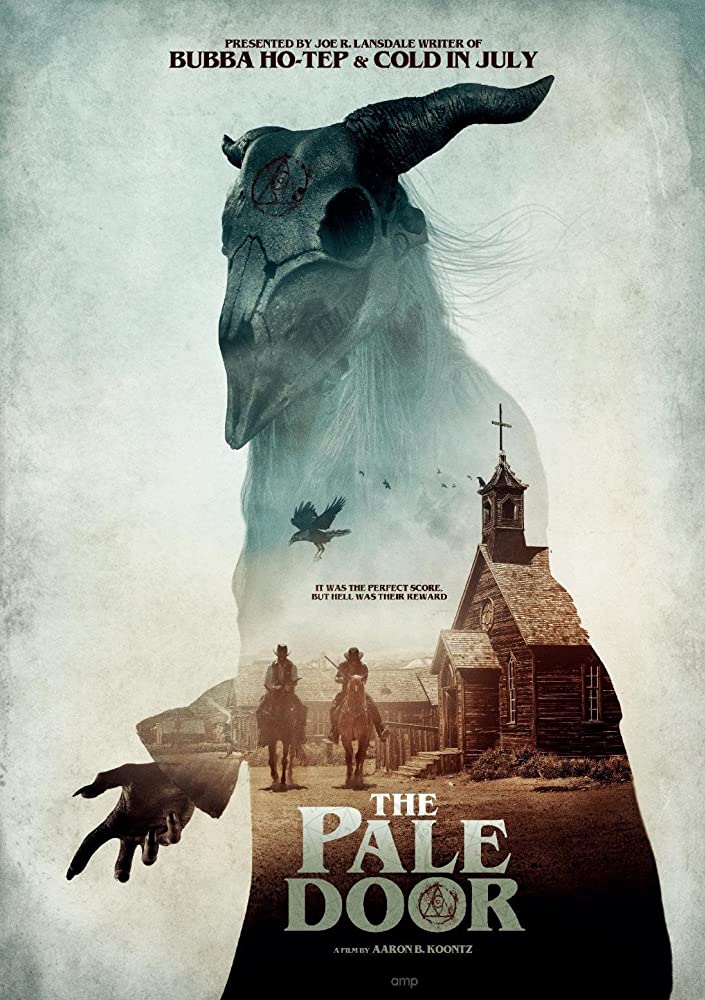