Fans of HorrorPops finally have something to shriek about, because the Danish punk band are releasing their first full-length album in over a decade! The live album was recorded in early 2020 and comes with a Blu-ray recording of the performance. Full details below!

Los Angeles, CA – It’s been over 12 years since L.A. transplants HorrorPops have released a full-length album and almost as many years since they’ve performed their delicious blend of ‘80s new wave, punk, rockabilly, surf and ska on stage. So it seems especially fitting that the Copenhagen natives, still led by the powerhouse duo of Patricia Day and Kim Nekroman, have marked their return with a spectacular full-length, multi-media concert album that brings all the magic of the band’s stage show to your home.

Filmed and recorded in early 2020, Live At The Wiltern features supercharged performances of the band’s best-loved tunes including “Walk Like A Zombie,” “Miss Take,” “Freaks In Uniforms,” “Where They Wander,” “Hit ‘N’ Run,” “Psychobitches Outta Hell” and so much more! 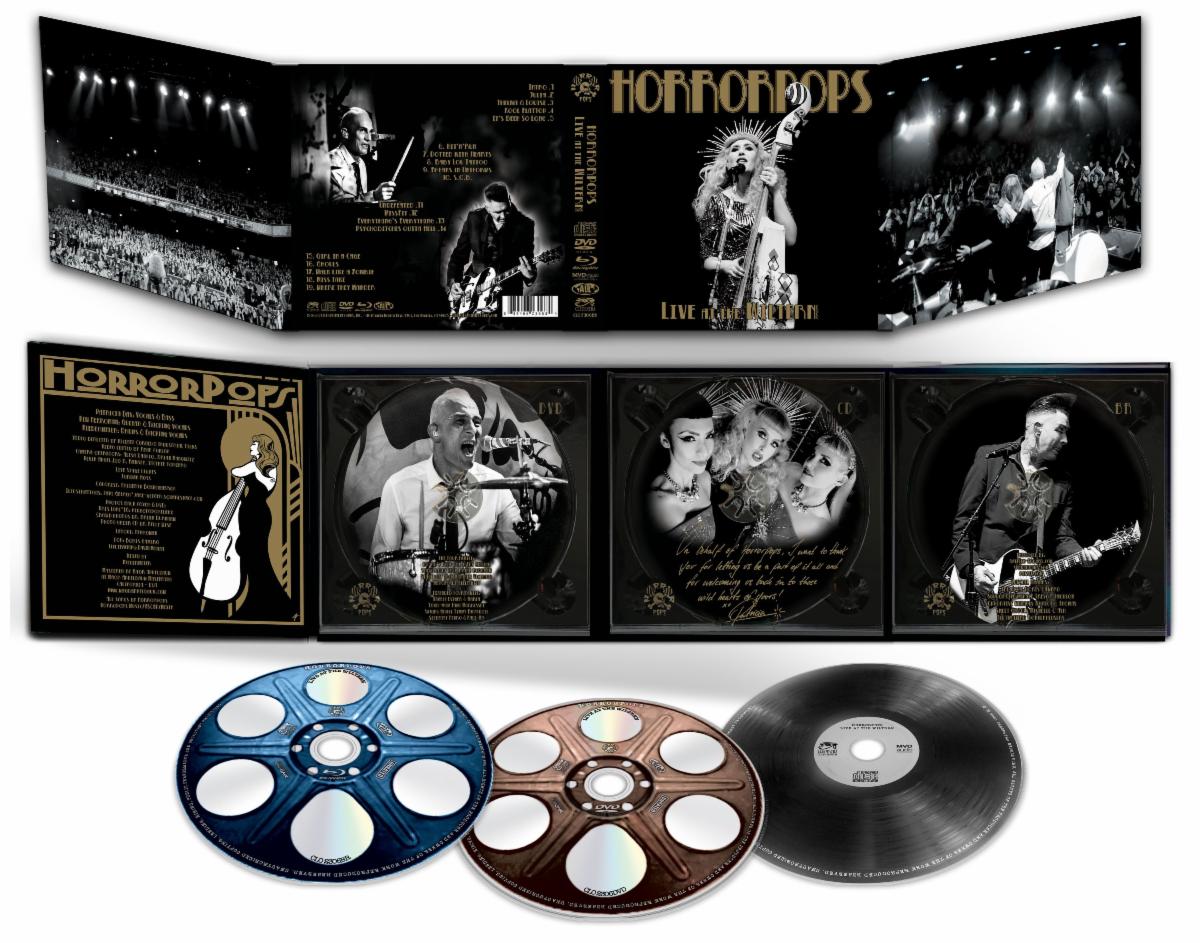 Patricia credits the fans with this show’s release: “‘We wouldn’t be here without you’ is a total cliché, but damn, you made it true and this album is the proof. We might have forgotten we were a band, but you sure as hell didn’t!”

This very special release will be available on June 18th, 2021 in all formats including a superb Blu-ray / DVD / CD combo pack as well as on colored vinyl (gold or silver) or a 180-gram BLACK vinyl.

Pre-orders are now open at the MVD Shop or on Amazon.