HOW HORROR HELPED ME DEAL WITH DEPRESSION

Depression. To some, this may be an ugly word, but to me it’s a part of who I am. I’ve suffered from depression and anxiety, with a dash of PTSD, for most of my life. I wake up each morning and take my “happy pill”, knowing full well that I will most likely be taking an antidepressant for the rest of my life. I’ve fought this, convincing myself numerous times that I’m fine and I don’t need any assistance in making me happy, but at the end of the day, I know that wasn’t the hand I was dealt.

Talking about depression isn’t easy. I’ve re-written this article numerous times trying to find the right words so as to not be judged or labeled or made fun of. Depression can be all consuming, it can be tiresome, it can be unforgiving, but finding a way to cope with it in a way that is both positive and fulfilling is paramount. I’m sure you are asking yourself, “What does this have to do with horror?” Well, I’m here to tell you that my coping mechanism, my way of handling bad bouts of depression, sadness, pain and anxiety, is through my never-ending passion for the horror genre.

“HEREDITARY ended up being more than I could have anticipated, not just in terms of the sheer terror that unfolds, but also in helping me come to terms with grief and loss.”

As I mentioned, I’ve been dealing with the ups and downs of depression since I was a kid. I grew up being bullied, which took a huge toll on me both mentally and emotionally, before switching schools in hopes that a private school would be better for my overall state of being. When I was 17, my father passed away from lung cancer and carcinoma meningitis – one day he had a headache and then six months later he was gone. This shock and pain of this loss made me tailspin out of control resulting in a two separate hospital stays for self-harming and a alcohol addiction. I share this not for sympathy or words of encouragement, but to let you know that you are not alone in your struggles.

One of the biggest reasons that horror has helped me is because I found myself being able to relate to a lot of the characters. Even today, I struggle with the fact that I can come across as damaged and/or slightly unhinged, making it easy to judge without knowing much about the backstory. When watching horror movies, a lot of the characters that I’m drawn to could be considered broken in their own ways, allowing me to feel an odd sense of camaraderie. Having gone through extreme bullying at a young age, that has unfortunately continued into my adulthood, movies such as CARRIE (1976), LET THE RIGHT ONE IN (2008), and UNFRIENDED (2014) reminded me that I wasn’t alone. Though I would never physically harm someone for bullying me, there is some satisfaction in seeing these tormentors get their comeuppance in the films.

When it comes to addiction and depression, I would find myself watching films such as EVIL DEAD (2013), LOVELY MOLLY (2011), and Colossal (2016). Whereas drugs or alcohol are used in horror films to make the audience question the sanity of the main character, I instead looked at these films as a reminder of what I had been through and where I am today. Nacho Vigalondo’s COLOSSAL, about an alcoholic who realizes that she is somehow connected to giant creatures that are destroying Seoul, hit me smack in the face. I remember sitting there watching the film with tears streaming down my face as I watched this woman, played by Anne Hathaway, come to terms with her addiction, the heartache and pain that she was continuously causing, and her eventual sobriety. Sure, there were monsters and creatures stomping about, a manifestation of her own demons, but that’s what made this movie so inspiring. She was conquering her demons, both figuratively and literally, no matter how large, how scary, or how destructive they could be. Whether you suffer from an addiction or mental illness, seeing that played out on screen is incredibly fulfilling and ends up leaving a lasting impression of hope and success. 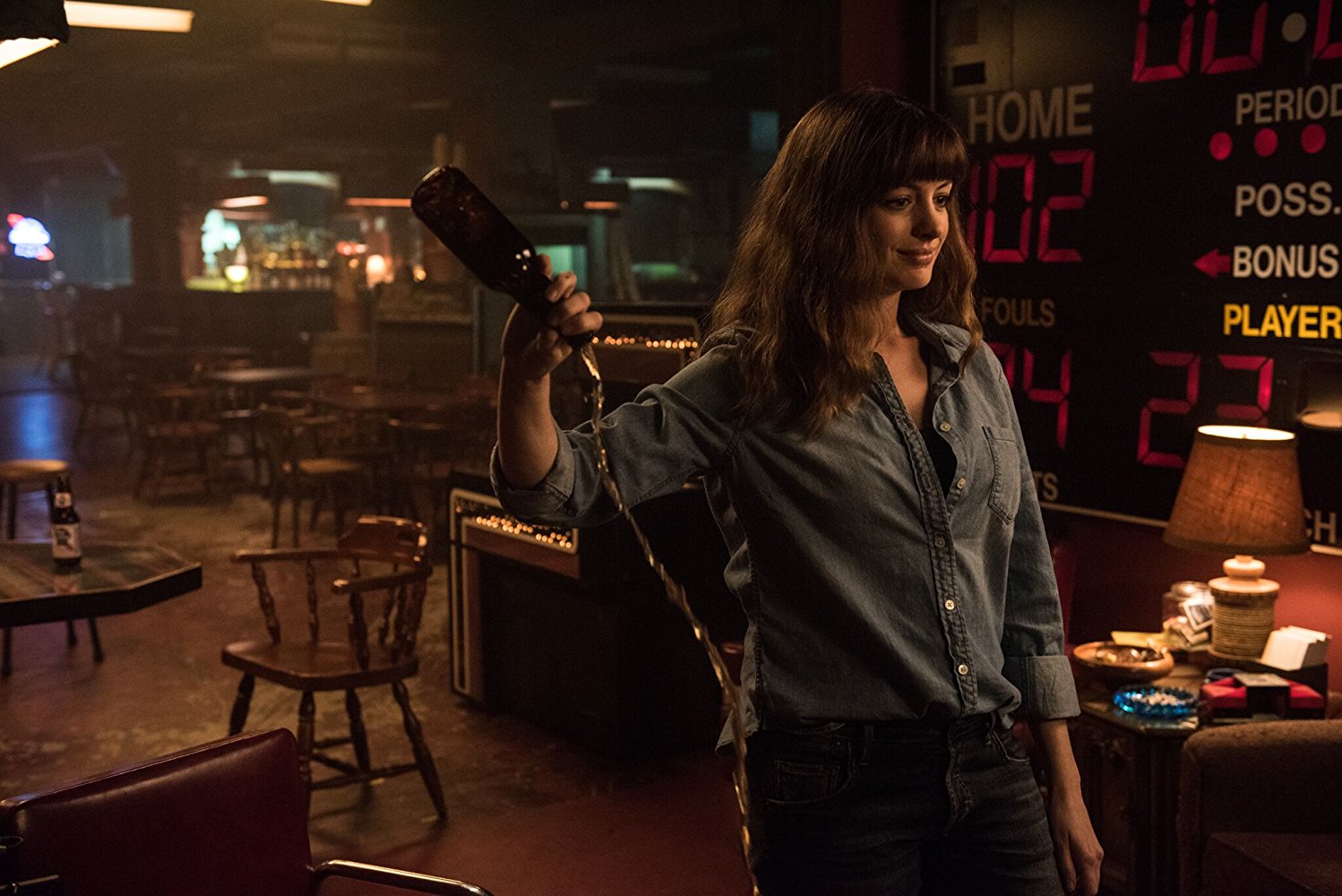 Recently, I had the chance to check out the hotly anticipated horror film, HEREDITARY, and though the hype surrounding it was intense, I wasn’t expecting anything life changing to come from it. HEREDITARY ended up being more than I could have anticipated, not just in terms of the sheer terror that unfolds, but also in helping me come to terms with grief and loss. It was one of the hardest films I’ve watched in recent years, mostly because it reminded me of when my father got sick and the rapid, declining health that followed. It also reminded me of how I tried to wrap the sadness, the anger, and the loss, into a ball to push into the back recesses of my brain. HEREDITARY reminded me that not all can be forgotten and the more we try to avoid the painful acceptance of what has happened, the larger the consequences of that is.

Since watching the film, I feel as though a weight has been lifted from my shoulders. Movies have the ability to greatly affect our emotions, both in a positive and negative ways, but in the case of HEREDITARY it was a bit of both as it reminded me that it’s okay to feel pain and sadness and despair – as long as you don’t let it consume you and everyone you love. A few weeks ago I found out my mom was diagnosed with breast cancer and it hit me like a ton of bricks. Watching her survive two other bouts of cancer only to be diagnosed with a third one broke my heart into a million pieces. Shortly after we received this news I went to a screening of HEREDITARY and I felt myself go through so many emotions outside of just the sheer terror. I don’t want to give away anything, but I can say wholeheartedly that that film helped me come to terms with my mom’s illness, which in turn, helped me deal with my depression surrounding my mom’s diagnosis. (Side note: all the test results came back and she will be A-okay!)

Another recent film that has been a huge help has been Alex Garland’s ANNIHILATION. It’s easy for viewers to come away with different interpretations for the film, but for myself, I found it to be monumental in showcasing how strong and resilient “damaged” people can be. Re-watching the film this past week, I was also reminded on how it’s a study of the mutation of cancer – whether through a medical diagnosis or a mistake that causes a tremendously horrific ripple effect directed at those we love. It made me look back at times when I selfishly acted out  when depressed and how that spread like a cancer, affecting those closest to me.

I tell you all these stories because I believe that horror and film have the ability to help us in times of need. In conjunction with that, I’ve also experienced incredible emotional relief through haunted attractions – both immersive and extreme. Through these I’ve had to come face to face with my own demons which have left me quite shaken but also triumphant in the sense that I am dealing with my pain front and center. Horror gives us the chance to not only face our fears but to find a way to deal with some of the pain and suffering that life throws at us. As I mentioned above, there are films that have helped me see the light of day, whether it be when I struggled with alcoholism or lost a loved one. We all need something we can rely on and hold onto and for me, that is the horror genre and the community within.

With all that said, depression or any mental illness should not be taken lightly. If you are feeling depressed or suicidal, please reach out to someone, whether that be a loved one, a therapist, or even the suicide hotline (800-273-8255) – I know it may seem odd to call a complete stranger but I’m beyond grateful for that hotline as it saved my life once. No matter what anyone says, just remember you are not alone, and there is a community of people waiting to embrace you. Horror isn’t just a genre, it’s a way of life that is filled with some of the most understanding, wonderful, and non-judgmental people out there, so don’t ever give up. There is always a light at the end of the tunnel.