Chilean filmmaker Jorge Olguín is one of the titans of Latin American horror. Through a decades-long career, the heavy metal-loving director has seen it all. He’s directed small scale movies like his 2000 debut feature, Angel Negro (which was screened on HBO before being picked up by Troma), his 2002 breakout vampire opus, Sangre Eterna (released stateside by Fangoria Films), 3D flicks, such as 2014’s Gritos del Bosque, and big-budget productions like 2012’s Caleuche: El Llamado del Mar, or Caleuche: Call of the Sea.

But after years of working on big movies with big studios and the enormous exposure afforded by theatrical exhibition, he decided to go back to his independent roots and shoot a film guerrilla-style: one actor, one shot, one house…all horror. I’ve followed Jorge’s career through the years, and after watching LA CASA (THE HOUSE) last year at a midnight screening hosted by Argentina’s Mar del Plata International Film Festival, I have to say I was surprised by the overall result. It’s a very particular film, its own kind of beast. Below, I speak to Jorge about the shooting of the film, the state of Latin American horror, and the upcoming projects that he’s been working on. 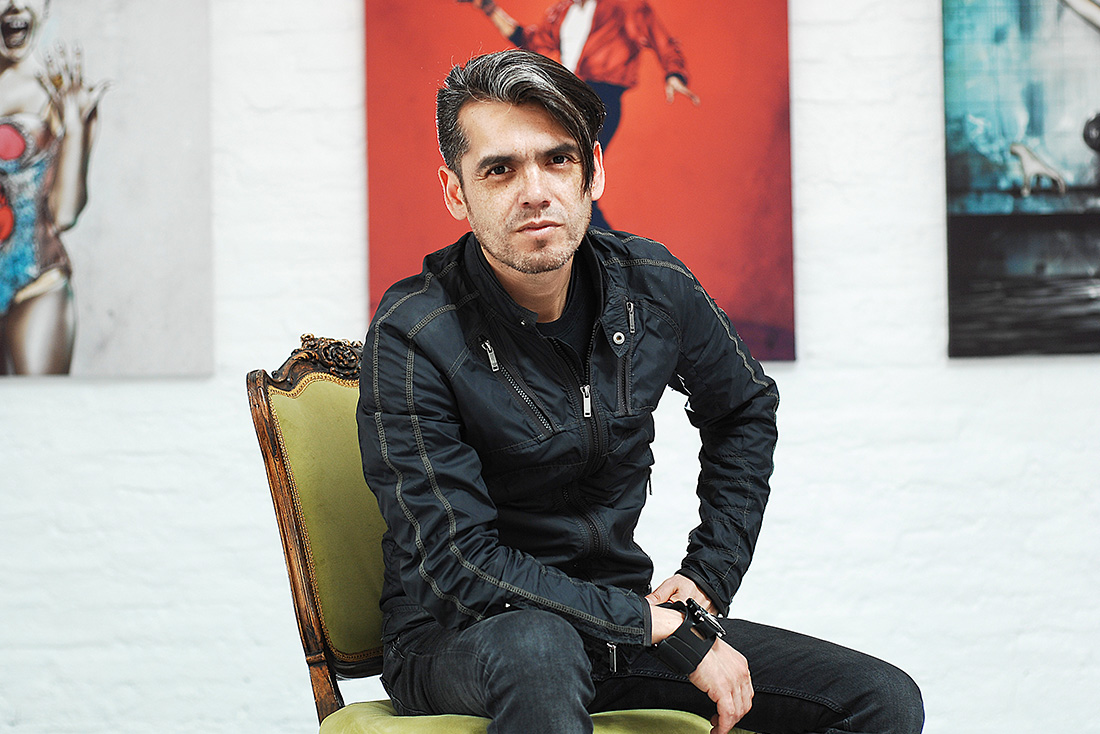 Why did you decide to shoot THE HOUSE guerrilla-style?

After shooting Caleuche I did a film called Gritos del Bosque, which we shot in 3D. After that one, I got tired of working on big productions and co-productions. I was so exhausted I trusted other people to produce my next film so I could concentrate on just writing and directing. I worked for five years on that project, based on real serial killings that happened in the north of Chile. We presented the project to the only National Fund we have in my country, and we won. But it never came to be, because the producers spent that money on other projects and it got stuck in development hell.

So I got tired of it all. It was then that my producer and girlfriend Carol Campos told me: “Why don’t you take the elements you have at hand and shoot a film all by yourself?” That way, I wouldn’t have to wait for co-producers and government funds. So I did that. I grabbed my camera and was offered an old abandoned house as the main location. That’s when we decided to shoot a full-on, classic haunted house movie. We started an investigation and found a very famous house here in Chile that’s full of paranormal activity. One of the stories surrounding it was the one that we adapted for the movie. So, it was kind of simple: I just grabbed the camera and went for it.

You wrote, directed, edited, did the sound design and camera work…that’s all part of the same guerrilla approach, right?

You’re right. We had limited resources, so I had to use what I had at hand. Also, using almost one location, only one actor, for the most part, one shot…well, actually, they were six long shots that I edited to pretend to be only one, in real-time. We follow one character all the time without any narrative cuts. And that was the most difficult part because I was forced to find an actor that could deal with that kind of pressure. I chose Gabriel Cañas, a very prestigious and extremely talented young actor from my country. He’s done a lot of stage plays, so I was interested because the film was one long shot and I improvised and played with the unexpected. A lot of stuff that happens in the movie was surprising, even for him.

I had to do the camerawork to be able to get the expressions I needed in real-time as they were occurring. I had no time, nor would it work aesthetically if I had to cut for a pickup shot. So, I did the cinematography to make sure it would work as I wanted, with the speed I needed to shoot. Then, during post, I decided to work on the sound design and the music as well to build the atmosphere of horror and oppression I desired. We shot the film in only three nights, but post-production took a year because I was in charge of so many areas.

“I believe Latin American traditions, points of view, magical realism, and local folklore have helped us develop our own personality.”

What do you think about the current state of Latin American horror?

I think it’s the best moment ever. The technical advances that happened in the last decade have helped to democratize the medium. When I started twenty years ago, I was forced to shoot my first two movies using 35mm film to have the opportunity to have them premiere in theaters. But nowadays it’s not necessary anymore. Today, artists can concentrate more on being creative than on getting the resources to shoot. Plus, the fact that we are Latin American gives us a different vision of things than Europeans, North Americans, or Asians. I believe Latin American traditions, points of view, magical realism, and local folklore have helped us develop our own personality. We can create visually stunning stuff with different resources.

Demián Rugna’s Terrified (2017) is a good example of that.

That’s right. In films like Terrified, the technical level is on par with any genre movie in the world. Morgue (2019) from Paraguay is an equally chilling effort.

It seems that you work non-stop, what’s up next for you?

Yes, indeed. Nowadays, I’m working on two feature film screenplays and Carol, my producer, makes sure I don’t stop. One is more of a dramatic piece, and the second is a “cosmic” horror feature. I’m fascinated, because our idea is to shoot it here in the north of Chile, in the Atacama Desert. We’ve been developing it for quite some time and we’re getting a lot of interest. We’re working on some projects for TV, and one of them is a sequel to my first film Sangre Eterna. It would be a big-budget follow up. I think streaming platforms are interesting places to present this kind of stuff.

THE HOUSE is going to screen at the 2020 Sitges Film Festival. Are you happy about that?

We’re very happy with the debut of the movie at Sitges! We were invited to a lot of festivals and we had to say no and wait for Sitges, but it’s been around. We screened at Mar del Plata in a full house and got a lot of good reviews. Also at Insolito in Lima, where it was also well received. Luckily, we got a distribution deal from Epic Pictures, and I’m thrilled about the work they are doing so far. They have a very interesting library of titles and we’re discussing a possible US release for early 2021.