Richard Band is one of the unsung heroes of genre film composing. Though almost exclusively relegated to low budget cinema, and frequently collaborating with his brother Charles Band’s countless horror and sci-fi projects, Richard Band always elevated the films he worked on, whether employing orchestra or electronics. On November 20, We Release Whatever The Fuck We Want Records is set to release three of Band’s more celebrated scores: Ghoulies (1985), Troll (1986) and TerrorVision (1986) on deluxe, coloured vinyl. Rue Morgue spoke to Band on the eve of release, to reflect on what made each one special. 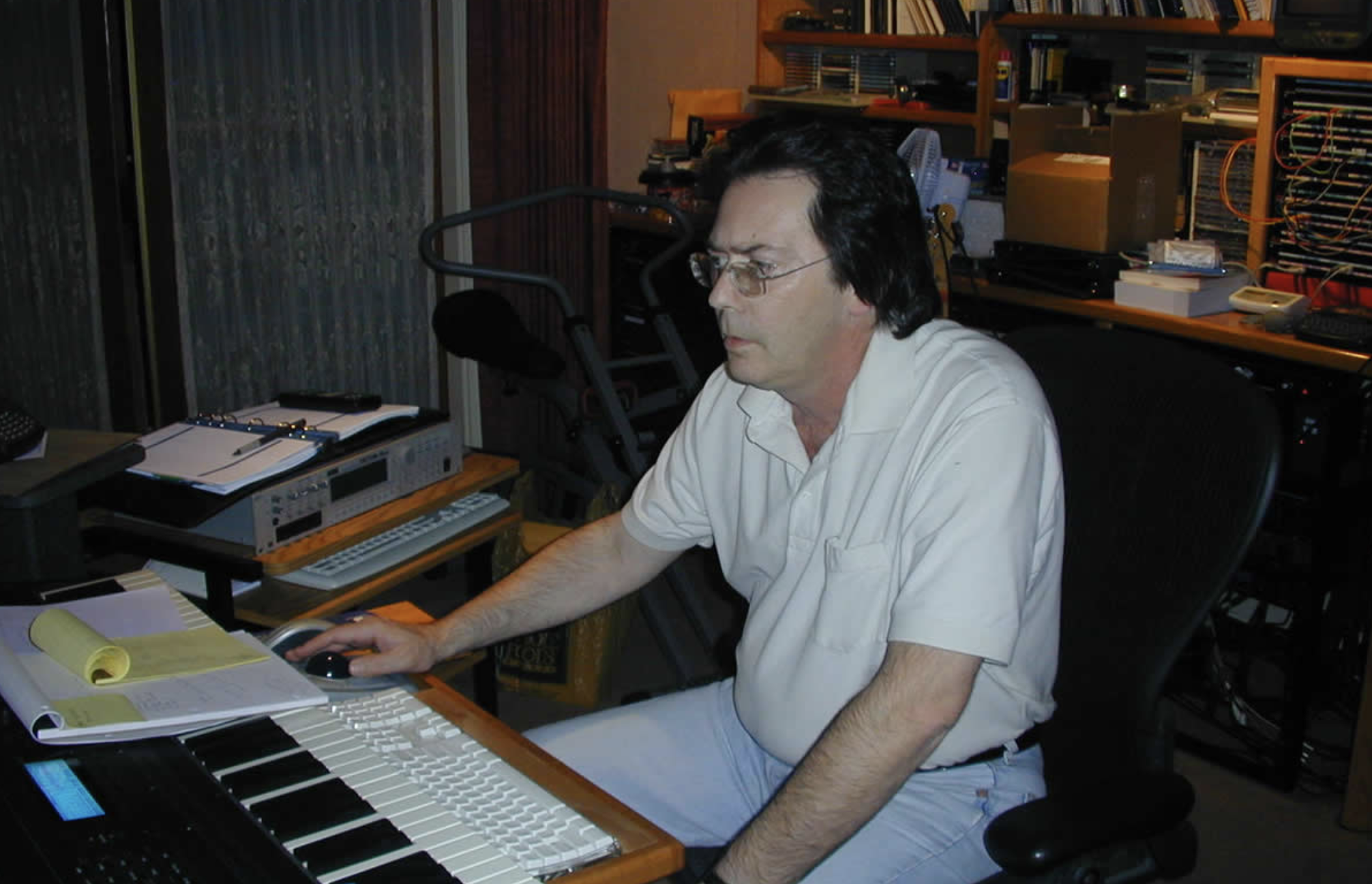 It seems that so many of your scores were done for films that were either based around tiny creatures, or just weird monsters in general. Does this make it easy to approach each project or is it more of a challenge to bring something new to each one?

Very much the latter because if you’re approaching things as if they are all the same, then you are just writing the same stuff which isn’t very exciting. So I treat them individually and they each have their own character. Troll happens to be one of my favourite topics because it has to do with fantasy, not so much horror. It has to do with family type stuff, it has good vs. evil, the good witch vs. the evil witch, etc. I thought a lot about it since I had to come up with the overall feel of the film. There’s a part where the trolls are singing, and I had to write a song for it a few months before the film even started. It was very crucial to get it right. It was, musically, setting up the whole tone of the film, because the trolls and the humans had to sing the song together with the choir. Meanwhile, Ghoulies had weird little creatures but it was more of a horror-lite movie, with kids at a party in a house, so the approach on that was very different. The promotion of the film, especially the poster with the Ghoulie coming out of the toilet was behind the success of the film. That one poster explained it all. So it was horror but it was goofy, not a straight horror film. Then on the total opposite end of the spectrum, you’ve got TerrorVision which was just whacky type stuff. No secret as to what it was, but it was a big challenge because at that time I wasn’t well versed in electronics and as a totally electronic score I sort of had to devise a new method of writing using very quirky electronic sounds and motifs that I made with my friend Christopher Stone who is an electronic genius. We worked at creating these electronic templates that we would put in around the writing I did. So getting back to the original question, no, everything is a different approach and they all have to take into account the story point and what the music is trying to do.

On Ghoulies you did the score with Shirley Walker (Escape From LA). What was this collaboration like?

When I first met Shirley, she hadn’t done any actual film composing. I hired her to do some conducting on a score I did for Metalstorm for Universal. She was getting known in town as an orchestrator and conductor. Having a woman doing that was very unusual back in the day. It’s not like today. There were maybe one or two or three women orchestrating, conducting, and eventually composing. So I hired her as a conductor on Metalstorm and she did a marvellous job. Later, she was conductor and co-orchestrator on a project called Ghostwarrior that we recorded in London with the Royal Philharmonic Orchestra. We developed such a good relationship that on Ghoulies she did some orchestrating, some writing, and we had a very small amount of time, because people wanted to take advantage of the fact that Gremlins was a big success several months earlier. We only did twenty minutes of original music for the film. After that, I went in and used music from a couple films I had previously done and tracked and reedited and revamped. That’s why it took thirty years to give Ghoulies an actual soundtrack release because we never got any of the original tracks so I had to recreate it from thirty odd years ago when we did the movie. That was quite a doing. It took me about a month to recreate all that. But I’ve received so many requests over the years for a soundtrack to Ghoulies, so, lo and behold, thirty odd years later, here it is!

With Troll you got to work with a choir, was this your first time?

It was one of the first times I worked with a choir. I went on to do some things, like Pit and the Pendulum, that had a good choir. Some stuff on Resurrected that I did that had some choir. Troll was fun, the section with the choir and the song was all done in two-three months before the filming. So, I definitely had a whole sound in my mind and I am lucky it just worked out. 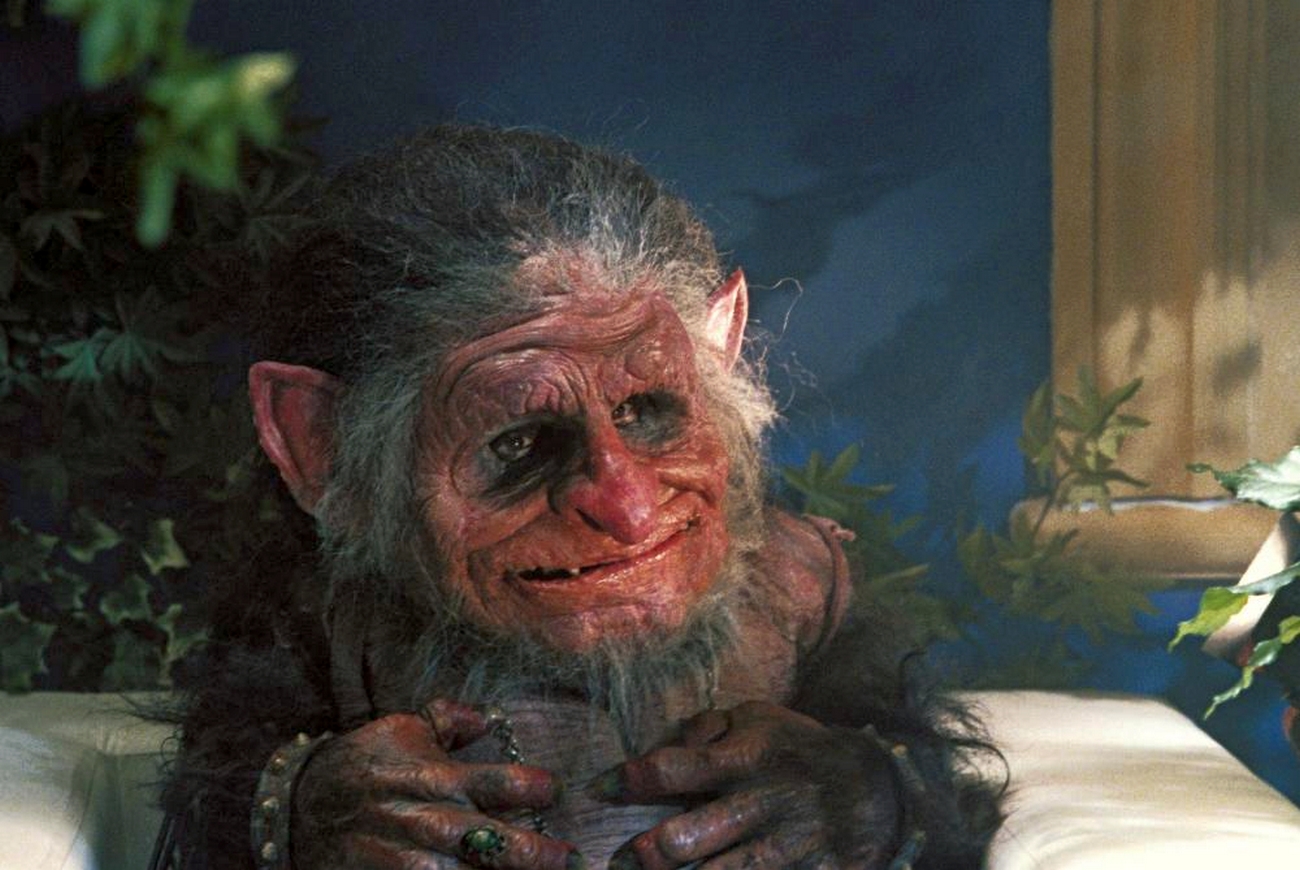 The TerrorVision soundtrack is known for featuring songs by The Fibonnacis in addition to your score. Does a song-oriented soundtrack change your approach to scoring?

In that case, there wasn’t a lot of collaboration. If I remember correctly, there were two or three songs that were written specifically for TerrorVision, the rest of them were re-edited and revamped. The director, Ted Nicolaou as well as the editor, they had the luxury in this case to design certain sequences around the songs that would be used. I would attribute the songs more to Ted Nicolaou because he had a certain vision as to what he wanted.

I imagine you wanted your score to fit the vibe of the songs.

Absolutely, that main title song was really important in setting up the vibe for everything.

Of these three scores, which gave you the best working experience?

My best memory is Troll and writing that song with the choir and the solo singers. It’s not too often as a composer that you get to sit in on a project from the very beginning. Sometimes you get a script but most of the time you have to wait until everything is complete before you get to work. But this time I got to create an imprint on the creativity of the whole movie and I was so pleased with how it turned out, as was everybody else. It really did set that tone for the whole movie, so that’s something I remember very distinctly about it and I am very proud of it. Troll is still in the top five scores that I have done and it really stands the test of time. If you listen to it today, it doesn’t sound like some score done thirty years ago. It’s still a very listenable, cool-sounding score.

It blows my mind that the name “Harry Potter” came from Troll.

It’s well known now that several character names and even themes that are in Harry Potter originated from that movie. There are similar scenes, identical names, the whole topic of witchcraft, good vs evil. It is fascinating.  I heard stories where there was a time when JK Rowling was homeless. At certain points, she was living in cars and staying with family members, and she admits that when she was homeless, one of her favourite movies was Troll. 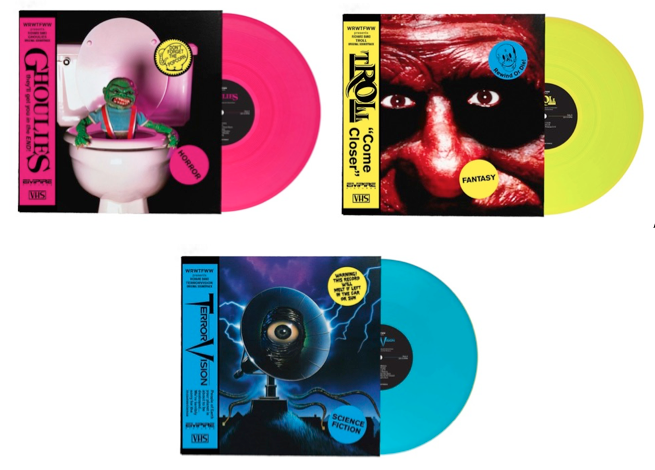