Italian chiller “THE LAPLACE’S DEMON” gets a trailer and U.S. release date

After winning awards at the Fantasia International Film Festival and Screamfest, director Giordano Giulivi’s THE LAPLACE’S DEMON sees Stateside release next month. Read on for the details and to see the new trailer.

Scripted by Giordano and Duccio Giulivi, the latter of whom also co-stars, THE LAPLACE’S DEMON (not to be confused with Takashi Miike’s new THE LAPLACE’S WITCH) will debut on iTunes, Amazon Prime Video, Google Play and other VOD platforms in the U.S. and Canada February 22 from Reel Nightmare Films. The cast of the film, shot in atmospheric black and white, additionally includes Alessandro Zonfrilli, Carlotta Mazzoncini, Ferdinando D’Urbano, Silvano Bertolin, Simone Moscato, Simone Valeri and Walter Smorti. The synopsis: “Eight scientists working on a device that could predict the future are lured to a mansion on a deserted island by a mysterious professor interested on their findings. As they uncover their role in their host’s deadly experiment, a scale model with eight self-propelled pawns begins predicting their every move.” 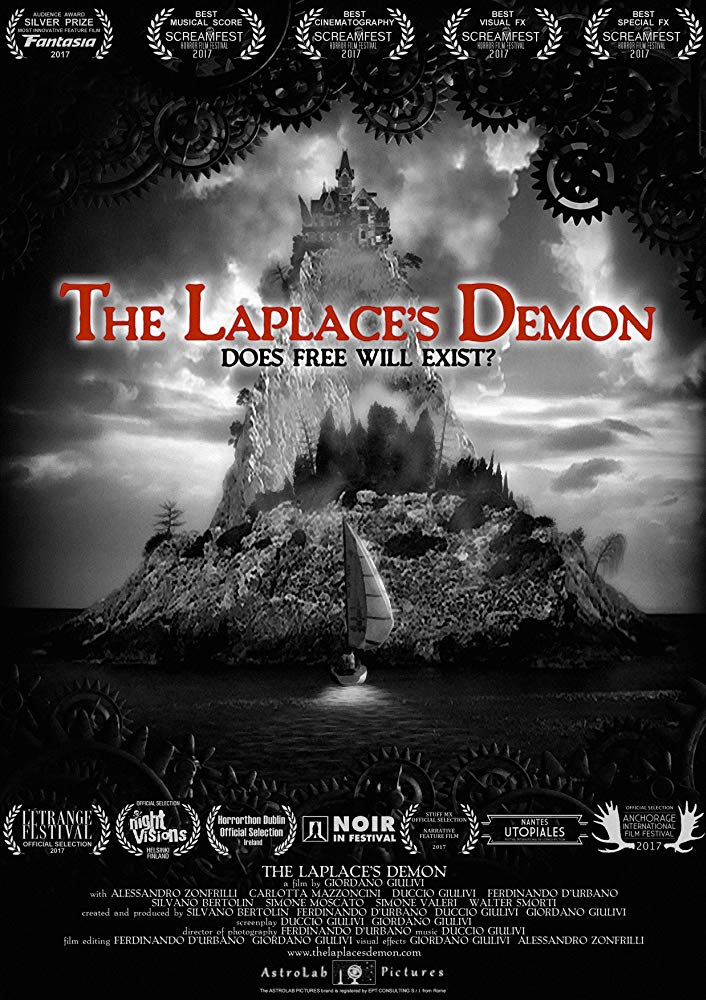