Movie Review: Jacob Chase’s Monster From Behind The Screen Invites You To “COME PLAY”

This Halloween season, one of the main and only films gracing theatres nationwide is Jacob Chase’s COME PLAY, telling the story of  Oliver (Azhy Robertson), a young boy who becomes the fixation of the demonic skeletal creature called Larry. Lurking in Oliver’s screened devices under the guise of a creepy web-comic (“Misunderstood Monsters”), Larry waits to ensnare Oliver and drag him away to the creature’s lonely realm on the other side of the ‘black mirror.’ Fueled by electricity and loneliness, Larry embodies the implicitly sinister nature of whatever stares back at us as we doom-scroll our way into oblivion every night, or in Oliver’s case, apparently, as he watches…Spongebob? Filled with fun jump scares and musical stings, COME PLAY hits all the notes of a traditional supernatural spooker, all while attempting to integrate a critique of children’s reliance on technology; however, any potential message is superseded by the film’s entertainment value.

While horror movies demonizing technology seem to be hot at the moment (think back with dread to the 2019 Child’s Play remake) COME PLAY seemed a bit unsure what its message about phones and iPads is all about. For Oliver, who is both autistic and non-verbal, technology serves an important purpose in his life. Oliver relies on his iPhone to communicate with others, using an app that allows him to click on images associated with words, which the phone reads aloud. Oliver also uses Spongebob as a necessary coping mechanism as he contends with bullying at school and fighting parents at home. Despite the isolation he experiences as a result of being neurodivergent, it is unclear what about his technological habits make Larry choose to single him out. If the message from COME PLAY is that Oliver needs to be ‘fixed’ through speech therapy, so that he no longer needs to use a device as an aid, then it seems more than a little misguided. 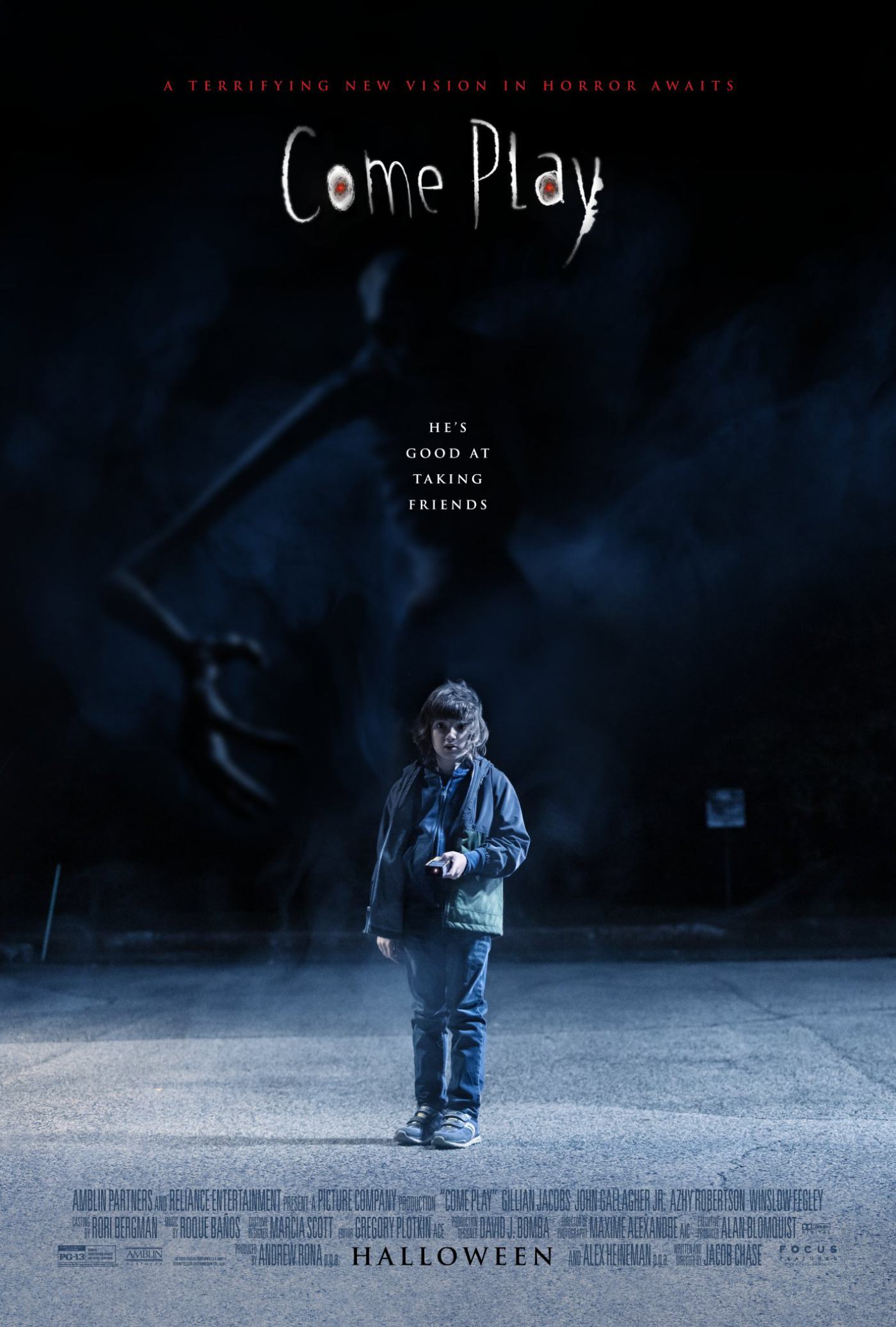 It was difficult to determine if any actually autistic people were consulted in the making of COME PLAY, but that does not appear to be the case. While the representation of Oliver’s stimming (or self-soothing) behaviors was appreciated, it appeared that his character’s ability to understand the world around him was altered when convenient to the plot. COME PLAY also investigated the difficulties of parenting an autistic child, yet in a manner that also played primarily as a plot device. Oliver’s parents Marty and Sarah (John Gallagher Jr., Gillian Jacobs) are splitting up, the emotional strain of which is blamed for some of Oliver’s odd behavior – even though he is in fact being terrorized by Larry. Larry’s negative influence on Oliver is rivaled by that of his schoolmates and their parents, the cruelty of whom deserves more justification within the script.

Yet, that said, COME PLAY is a fun watch. Dread builds as the different characters turn page after page of Larry’s story and while he jumps from screen to screen faster than his potential victims can destroy them. COME PLAY is certainly entertaining and blessedly does not put too much effort into explaining its own reality. There is no doubt that electronics can lead to loneliness as often as they bring us together, and Larry is a creepy embodiment of that reality. COME PLAY is not dissimilar to a more feature-length horror episode of Black Mirror and is almost as successful.

Based on a short by Jacob Chase entitled Larry, COME PLAY’s creature design and horror sequences are definitely its strongest moments. Larry’s in-phone perspective is taken advantage of, and the pace really picks up around the 40-minute mark when the adults in the room get involved. Chase nails the scares but COME PLAY’s plot does not feel particularly smart nor creative. In a decade where audiences have come to expect something new from their horror, COME PLAY may not stick in the psyche for long. Yet, featuring entertaining performances from adults and children alike, the film is certainly worth checking out, if only to have an excuse to go out on Halloween and take a long-awaited trip to the theater. See COME PLAY’s theatrical release on October 30th!