The horror-movies-within-a-horror-movie will be available for home viewing in time for Halloween.

Back in 2016, actor/filmmaker James Franco set up a collective called Studio4 Acting & Film School, with the goal to allow all of the students to take key roles in the creation of a feature-length movie. The result was a fright feature shot under the title HORROR TIME, which will be released under the misleading moniker of SLEEPAWAY SLASHER on Amazon Prime tomorrow, October 30.

Twelve directors took part in helming portions of the core story, or short films seen within the main narrative; they were Kyle Bahl, Alexander Birrell, Eugen Bräunig, Pablo Cevallos, Emma Hall-Martin, Lucas Lopez, Hayley Monek, Martin Murray, Michael Newton, Christina Reilly, Ben Venturina and Kerey Viswanathan. The writers were Alyssa Amer, Kabir Chopra, Ryan Crash, Catherine Delaloye, Anthony DiMieri, Carrie King, Zoe Lasden-Lyman, Ericka Mitton, Mia Sorenson, Prashant Thakker and Mariana Trevino. The cast is headed by Sara Silva, Shawn Thomas Diefenbach, Alana Johnson, Kimberley Aria Peterson, Yevgeniya Kats, Steven Anderson and Peter Angelinas; the synopsis: “On the 30th deathiversary of cult director Norman Von Ness, his son, Peter [Angelinas], hosts a film festival at the site of his father’s murderous last project, THE DEVIL’S FIRE. Hot young filmmakers flock to the isolated campground retreat, thrilled to compete for top prize and eager to uncover the mystery of Von Ness’ last film…and its dead star, Carly Skye. When an actress, Kelly [Peterson], gets injured on one of the sets, accusations fly between the female cast and their male director. Peter steps in to extinguish tensions, but as production resumes, something or someone is fanning the flames behind the scenes. When a filmmaker goes missing before the final screening, the boys’ side grows suspicious of one of the actresses. Paranoia threatens madness as the campers struggle to discern fact from fiction. How far will they go to be survivors in their own horror movie?” 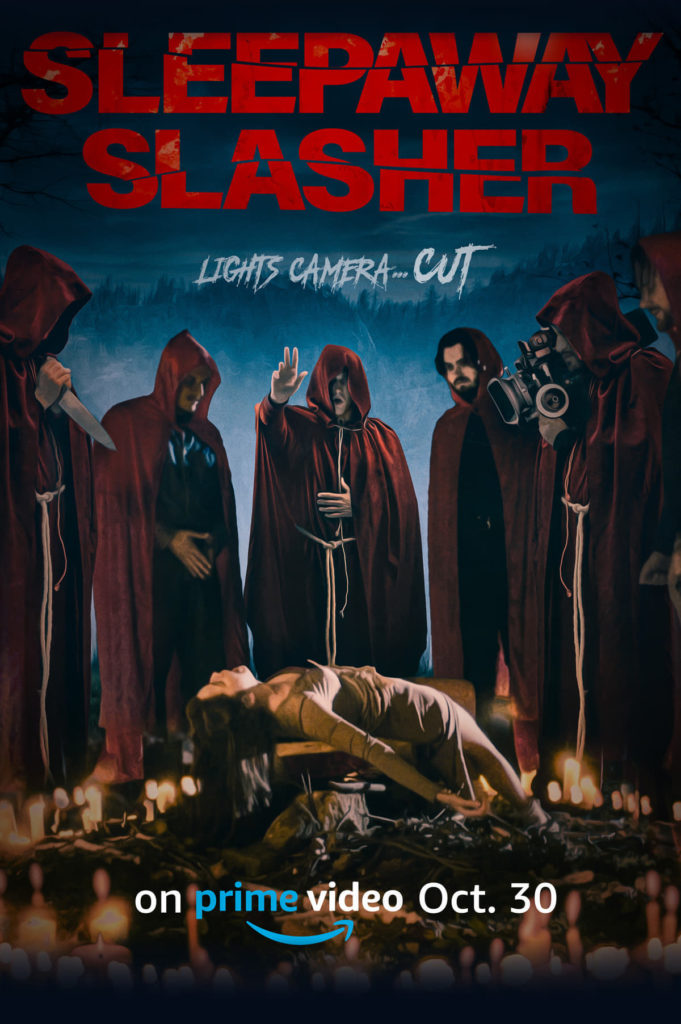