Recently I had the opportunity to chat with actress (and sometimes producer) Jamie Bernadette about Women in Horror Month. Jamie is a horror veteran, best known for her leading role in I Spit on Your Grave: Deja Vu (2019) and has a deep-rooted love for the genre, stemming back to her childhood. She’s always a pleasure to chat with and had a lot to say about slasher icons, working behind and in front of the camera, and women’s contributions to the genre.

Women in Horror Month is here!

I know! Comes around so quickly! Time flew by!

It’s been a crazy year! A lot has happened since we last spoke.

What does Women in Horror Month mean to you?

It’s funny, I’ve had a lot of people, throughout my career, be like are you sure that you want to do, horror? Kind of like it’s a genre that’s not as good as others. When you look though, some of the highest money-making films are horrors. Some of the most popular TV shows are horror, like the Walking Dead, for example. You know what I mean? I think it’s really nice to have a month that acknowledges women in horror. It’s fading more and more as the years go by, but I think there definitely used to be something negative associated with a woman who does horror. I think it’s becoming more respected now as the genre continues to bank money left and right, and it’s nice to have a month to acknowledge us. Women are a huge part of horror, and always have been!

I think women are starting to get the respect in the genre that they deserve, but you are absolutely right. There was a time where it was one of the worst types of films you could do. It was viewed as a career killer.

You were born in Kankakee, Illinois. What made you want to act?

You know, I think I knew that I wanted to act since I was a child. I would always see movies, and I would think, “Why didn’t I get in that movie?” I would watch films and act them out. I was obsessed with A Nightmare on Elm Street because they would play it on television and my friend recorded it. We probably watched it like forty times. I knew all the scenes by heart, I would be Nancy and I would make her be Tina. So, I think it was always in me. I always wanted to be the final girl in a horror film.

So, you were specifically attracted to the horror genre?

Yeah, absolutely. My mom watched a lot of Hitchcock, so I watched The Birds, and Psycho over and over again. Then there was The Twilight Zone. My mom was all into that. We would also really love when they would play the Halloween movies on television. We loved horror movies in my family so, I think there was an influence there. If I was with a family who was like, “No, turn that off, you can’t watch that!” Who knows where I might be right now? I believe there’s a lot of power in manifesting and putting out there what you want to be and imagining what you’re going to do with your life.

You’ve done a lot of horror films, but your most well known – and brutal – is I Spit on Your Grave: Déjà Vu. What was that role like for you, and what made you sign on for it?

Well, I had seen the original 1978 film long before they ever released a casting notice, or knew they were making a sequel. It was recommended to me, and I was blown away. It was so real and raw. There’s nothing glamorous about it and you believe it. I thought it was so powerful. So, when I actually saw the casting notice, I was like, “Oh my gosh!” I submitted just for kicks and one thing led to another.

Awhile back I got to chat with Camille Keaton, and I thanked her for traumatizing me as a child. Who would you say is your favorite final girl?

Definitely Heather Langenkamp as “Nancy” in A Nightmare on Elm Street.

Horror owes a lot of its appeal to final girls. Why do you think women are front and center in the genre?

You know how I think it started? I think that women are seen as weaker than men, so I think it’s scarier to watch a woman being chased around by a bad guy than it is a man. Because a man is taught, in society, to fight back. It would be a different movie. 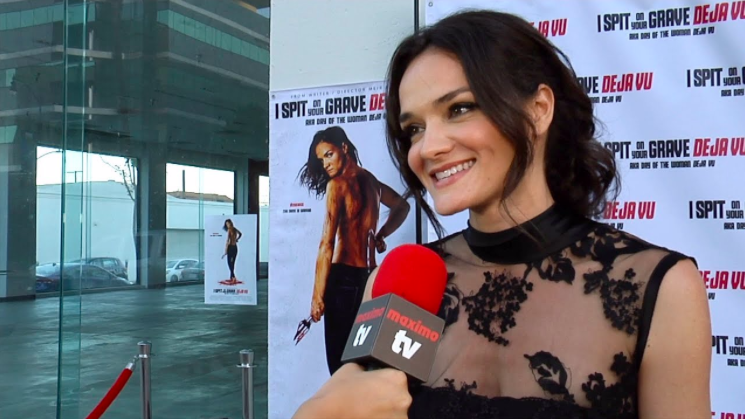 You work in other genres as well. What would say the key differences are when preparing for a horror role versus other roles?

You know, it’s funny, I think acting in horror films is some of the toughest acting you’ll ever do as an actor because you’re playing terror, and grief, and running around, and it’s physical.

Everything’s turned up to ten.

Absolutely. So, when I play like a detective or something, I’m like, “This is a piece of cake.”  I think because I’ve done horror, I look at other acting [roles] and feel up to the challenge. There are other dramatic roles that can be as tough as horror. Like The Furnace, that was one of my toughest roles. That was very dramatic and very demanding like horror can be, just in a different way. I think horror prepares you for any type of acting. If you can do horror, you can do anything!

What would be your best advice to a woman trying to break into the genre?

I would say, don’t wait for people to give you an opportunity. You can audition yourself, but if you can put together a film, and put yourself in it, that’s a way that you can be more [control] over your future. Take it into your own hands and make your own movies!

That actually leads me to my next question. You’ve also produced a few horror movies as well. What was that like?

Producing is really the toughest thing I’ve done in my life, but it’s also very rewarding. You have more of a say in the creative process, and you end up with a film that you helped create. You have your hands in everything when you produce.

Do you prefer to be in front of, or behind the camera? I know they are very different.

If you could remake any iconic horror film, but the twist is you have to play the killer – what would it be?

So, you’re a Michael Myers girl?

I am. It’s been my dream to be in a Halloween movie, like my whole life.

What makes you love Halloween so much?

I love the chase and the suspense factor. You know what I mean? It’s just so scary watching him chase people. He moves so slowly like he doesn’t even care, but you know he’s going to get you. It’s so scary! It’s almost like his bonus is confidence. He doesn’t have to try, he knows he’s going to get you. I love the suspense of it. Same thing with The Conjuring. I think they used suspense very well in that film, and I think that’s one of the scariest elements of horror when it’s done right.

What projects  do you have coming up next?

I’m directing for the first time! Co-directing. I took on co-director because I’m leading the film, so I need the help when I’m on camera. My co-directors name is Amna Vegha. It’s a film I wrote called The Desecrated Ones. It’s a horror film, and a psychological thriller with some very important scenes about abuse, and child abuse, and how that stays with you as an adult. There are some rough scenes, and I hope it makes people think.

I appreciate the time, Jamie. It’s been a pleasure as always!

Thank you so much! 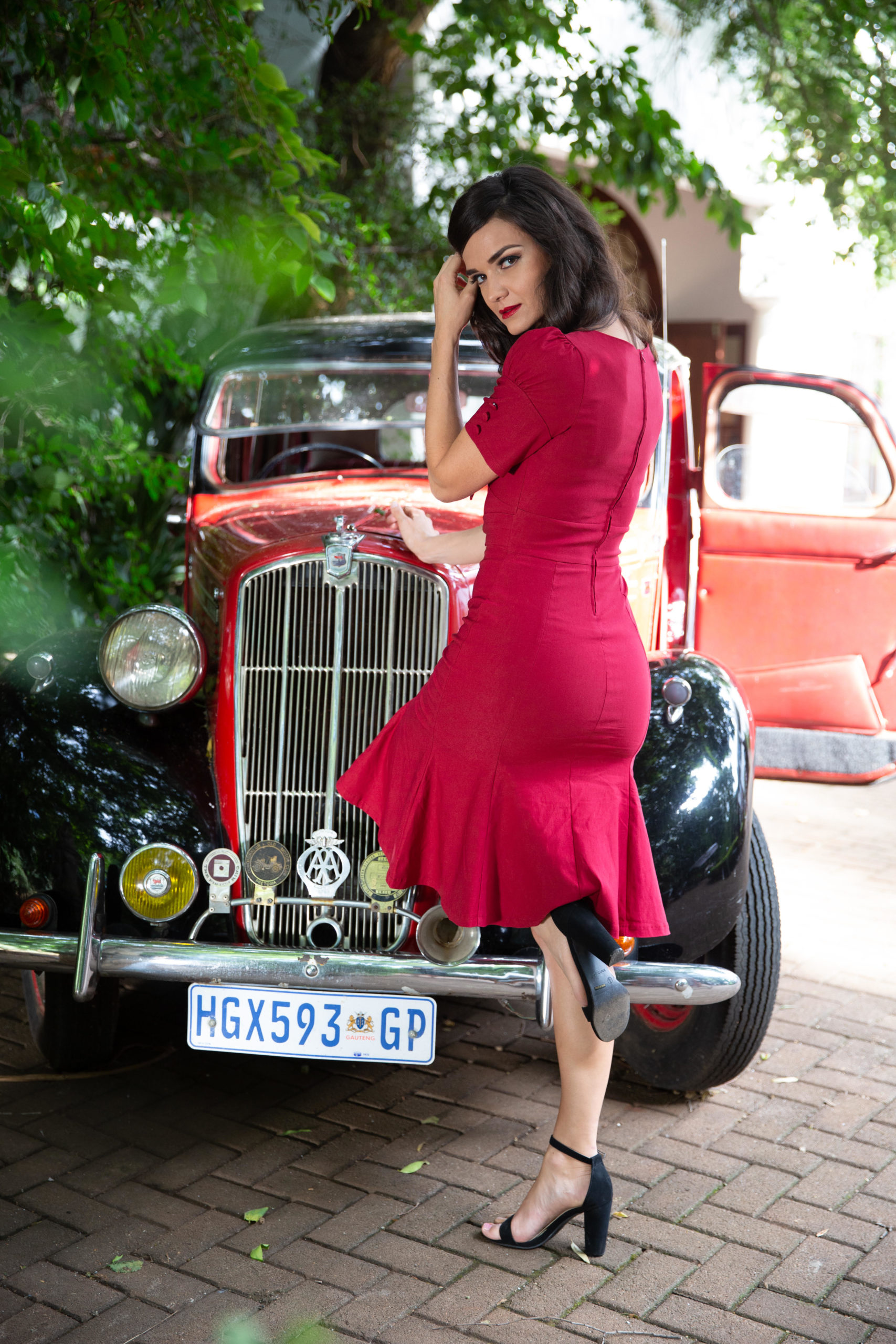 You can check out our recent write up on The Desecrated Ones here! Check out Jamie in, I Spit on Your Grave: Déjà Vu, 4/20 Massacre, All Girl’s Weekend, and Let’s Be Evil, and be sure to visit the official Women in Horror Month website.