Premiering earlier in this month, Shudder Original special JOE BOB SAVES CHRISTMAS set out to spread some holiday cheer with a charity auction in which horror fans could nab some rare and exclusive goodies straight from the Last Drive-In set for a donation. With the live auctions having drawn to a close, Shudder has just reported that the event was a screaming success, raising over $40,000 in funds for multiple charities! Check out the full report below. 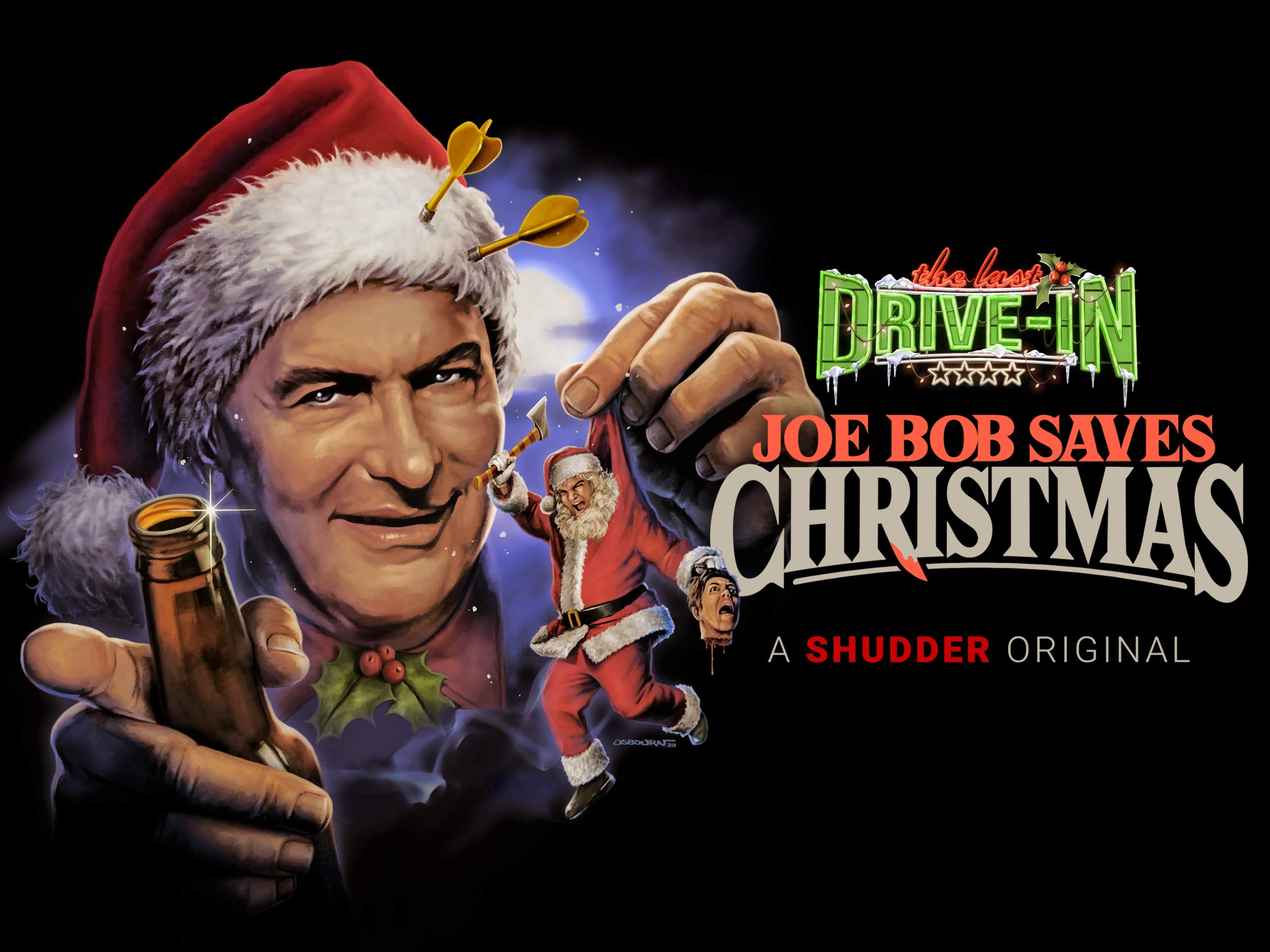 Fans of Shudder’s The Last Drive-In with Joe Bob Briggs have turned a shared love of Christmas horror movies into generous donations, totaling $44,327 in winning bids across twenty eBay charity auctions that were first announced during the December 11 premiere of the Shudder Original special, Joe Bob Saves Christmas.

“I was amazed by the generosity of our Last Drive-In family, especially since many of the auction items had minimal to zero actual value and had meaning only to fans of the show. The opening bids were so high that many of our viewers were not rich enough to participate but went ahead and made separate individual donations to the four charities, so our final impact is far greater than we could ever have hoped for, especially in this tough year of 2020. It was truly a Christmas miracle,” said The Last Drive-In host, Joe Bob Briggs.

Twenty items in all were put up for auction during the five-hour special, which introduced new lots between segments of two holiday horror films, the 1989 French film Deadly Games (also known as Dial Code Santa Claus) and the 1980 slasher, Christmas Evil. The items ranged from one-of-a-kind signed props, like a replica Demons mask which went for $7,900, to more esoteric memorabilia, like Shadows, the 1986 vinyl LP recorded by Atanas Ilitch, the actor who played the driller killer in cult classic Slumber Party Massacre II, which sold for $1,025.

The final tally will also include a personal donation of $1,000 from Briggs, an additional $2,000 raised from photos sold by The Last Drive-In’s “Darcy the Mail Girl,” and an uncounted number of direct contributions made by viewers.

All proceeds after eBay fees and shipping costs will be donated to the following charities:

The National Women’s Law Center, fighting for gender justice — in the courts, in public policy, and in society — working across the issues central to the lives of women and girls to change culture and drive solutions to gender inequity.

The Peaceful Valley Donkey Rescue, whose mission is to provide a safe and loving environment to all donkeys that have been abused, neglected or abandoned, as well as protecting wild burros under threat of destruction.

Organization For Autism Research, dedicated to improving the lives of everyone affected by autism by supporting research that produces meaningful and practical results.

More information on all items and auctions can be found at https://joebobsaveschristmas.com/.

On The Last Drive-In series and specials, Briggs, the world’s foremost drive-in movie critic, presents eclectic horror movie double features, interrupting the films to expound upon their merits, histories and significance to genre cinema. Shudder and Briggs first teamed up in July 2018, for a 24-hour marathon intended to be Briggs’ final farewell to televised movie hosting. Due to overwhelming popular demand, Shudder brought The Last Drive-In back as a series and holiday specials in 2019 and 2020, with each episode and special premiere trending in the top ten in the US on Twitter. A third season has been announced for 2021.

The Last Drive-In with Joe Bob Briggs is produced by Matt Manjourides and Justin Martell and directed by Austin Jennings.