Johnny Cage Is No Match for Lilith in “Night Angel”

I love NIGHT ANGEL so much that my friends are probably sick of me telling them to watch it, but that will never stop me from supporting this movie. So here we are again, meeting each other through my written advocacy of a film I strongly recommend watching. If your interests include being seduced by the evil temptations of sex, beauty, and lust, then prepare to bow down to the succubus Lilith. That is if you want your heart extracted from your chest, of course. 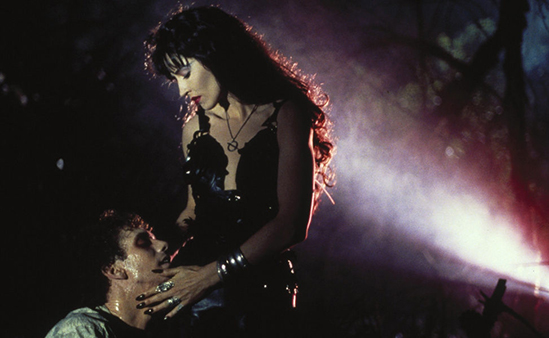 NIGHT ANGEL was released in 1990 and it was directed by Dominique Othenin-Girard (Halloween 5, Omen IV) and written by Joe Augustyn (Night of the Demons). It tells the story of antagonist Lilith: temptress, seducer, and destroyer who feeds on men’s souls, and protagonist Craig: an average man who works for an elite fashion magazine called Siren. The stunning Isa Jank, who was briefly employed in the United States in the ’80s before returning to Germany to continue her acting career in her home country, plays Lilith and I think she was born for this role. Not only does her beauty make her perfect for Lilith, but the character’s internal evil seems to come naturally to her and she reminds me a lot of Polish actress Joanna Pacula’s character in 1988’s The Kiss, another fantastic film about the relationship between lust and evil. Linden Ashby plays Craig and he will forever be Johnny Cage in my heart but guess what? Before he gained notoriety in the perfection that is Mortal Kombat, Linden got his first starring role in this film five years earlier. Another fun fact you’ll appreciate if you’re a Seinfeld freak like me: he’s married to Susan Walters aka Dolores aka Mulva. 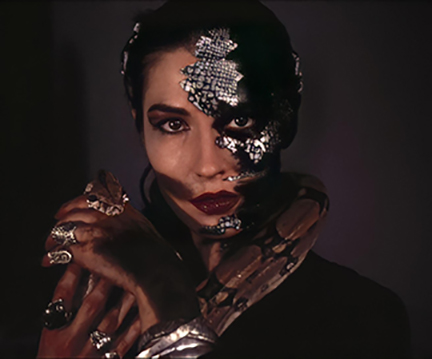 Night Angel opens with a monologue telling the story of Lilith, who was, in some tellings, Adam’s first wife before Eve. After she fled the Garden of Eden, she emerges periodically throughout the centuries to feed on men’s souls. Before returning back to hell, she must ingest the soul of a man who’s in love, damning his soul with her. Lilith stalks the earth, haunting mankind for eternity and her conquests are effortless, as men are powerless against her wicked beauty. She effectively seduces her first victim, whose infidelity destroys not only him but also his wife and child in the process. 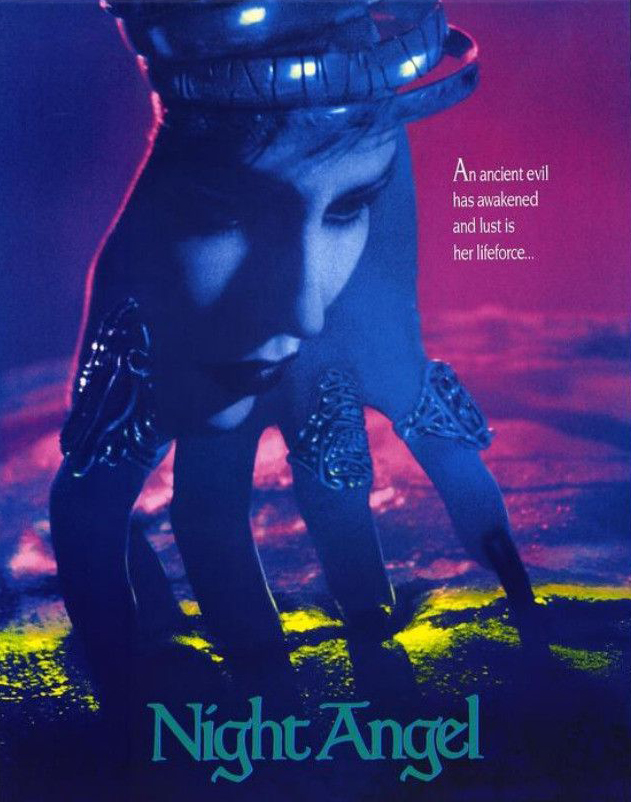 Lilith’s first victim is an employee at Siren and staff are heartbroken about the murder but business is business and aside from a scheduled party that evening for fellow fashion executives and models, the magazine has a deadline that must be met. Rita, played by the ever-so-wonderful Karen Black, is one of the top managers of the magazine and she welcomes her sister Kirstie (Debra Feuer) to the group in the hope that her jewellery line will get a spot in the magazine. Immediate sparks fly between Craig and Kirstie. Later at the party, Lilith shows up to prey on men and of course, as soon as she enters the room, heads turn to gaze at her unique beauty, including Doug Jones, who’s one horny dude. Ken (Jones) asks Lilith to dance with him and while he’s jostling his quirky limbs around, a more robust man steals Lilith from the dance floor. Poor Ken, nobody wants to fuck him, but he’s so struck by Lilith’s enchantment that he refuses to give her up, so he follows them back to the man’s house and while pleading for her to choose him, he witnesses the second murder. It’s a fantastic death if you ask me, and involves a large spring. 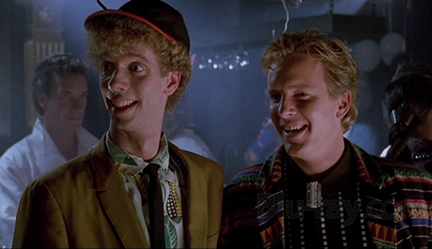 Rita is stressed by her deadline and two employees being killed but she is quick to forget about the murders because she has found the solution to the magazine’s current problem, the perfect model for the next issue’s cover: Lilith. Everyone is elated about this except for Craig. He is the only one that perceives something strange is afoot and that Lilith must have something to do with the murders as they coincided with her appearance, but nobody believes him because they’re all under her spell. Although Craig and Kirstie’s love begins to blossom, Lilith’s evil strengthens and she succeeds in influencing Craig’s subconscious mind and he dreams of making love to her. This scene is also reminiscent of The Kiss as both women barf out snakes, a satanic homage to Eve in the garden.

Ok here we go, the paragraph you’ve been waiting for, the most fucked up and cherished part in the movie. Craig goes back to the club to meet Kirstie and already something’s not right, as the spooky patrons at the bar are wearing black eyeliner and look like living corpses. Craig heads towards the bathroom then trips over Phil Fondacaro, when all of a sudden, an old-timey phone rings and Craig answers it. Like a speakeasy, the spooky voice invites him in then Kirstie shows up and tells him to follow her. She lures Craig around a creepy corner where Phil Fondacaro opens a guest book that looks like the Necronomicon in search of his name, which does appear on the list, and then he enters the hidden part of the club, where the secret party and freaks reside. So much awesomeness happens in so little time that I often rewind this part just to watch it over and over again. We see two people conjoined at their faces (total Society vibes), a larger topless lady who lifts her tits to reveal laughing faces on her underboobs, a crucified man being served a drink, a barbarian PVC dude, eyeballs popping, monster fucking, chains, whips, skulls, torture, blood, cannibalism – everyone’s fondling everything and I’m pretty sure someone’s fucking a severed head, and it’s incredible. 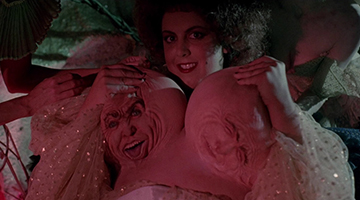 Eventually, Lilith takes over the entire magazine and encourages people having orgies instead of working, because that’s what you do when you’re in a cult. While the magazine staff is blinded by lust, Kirstie is kidnapped and it’s up to Craig to save her, defeat Lilith, and put a stop to her evil trance. The final battle between Johnny Cage and Lilith in the woods is superb as we get to see her in full demon glory. I must say, the use of the fashion industry as a tool for Lilith’s evil is ingenious, using fashion media for her seductress powers is a perfect way to spread her evil on mankind. NIGHT ANGEL succeeds on many levels and I hope you take the time to watch it for the story, the special effects, 90’s Uranus jokes, a young makeup-less Doug Jones, heart extraction kills, and the endearing additions of Phil Fondacaro and Twink Caplan aka the teacher from Clueless (fact, I love Clueless) and I happen to also adore the VHS cover, the colours have always seduced me!