Recently, we had the chance to catch up with horror icon and scream queen, Linnea Quigley (Night of the Living Dead 2, Night of the Demons)! She gave us the scoop on her new show, LINNEA QUIGLEY’S PARANORMAL TRUTH, and more! 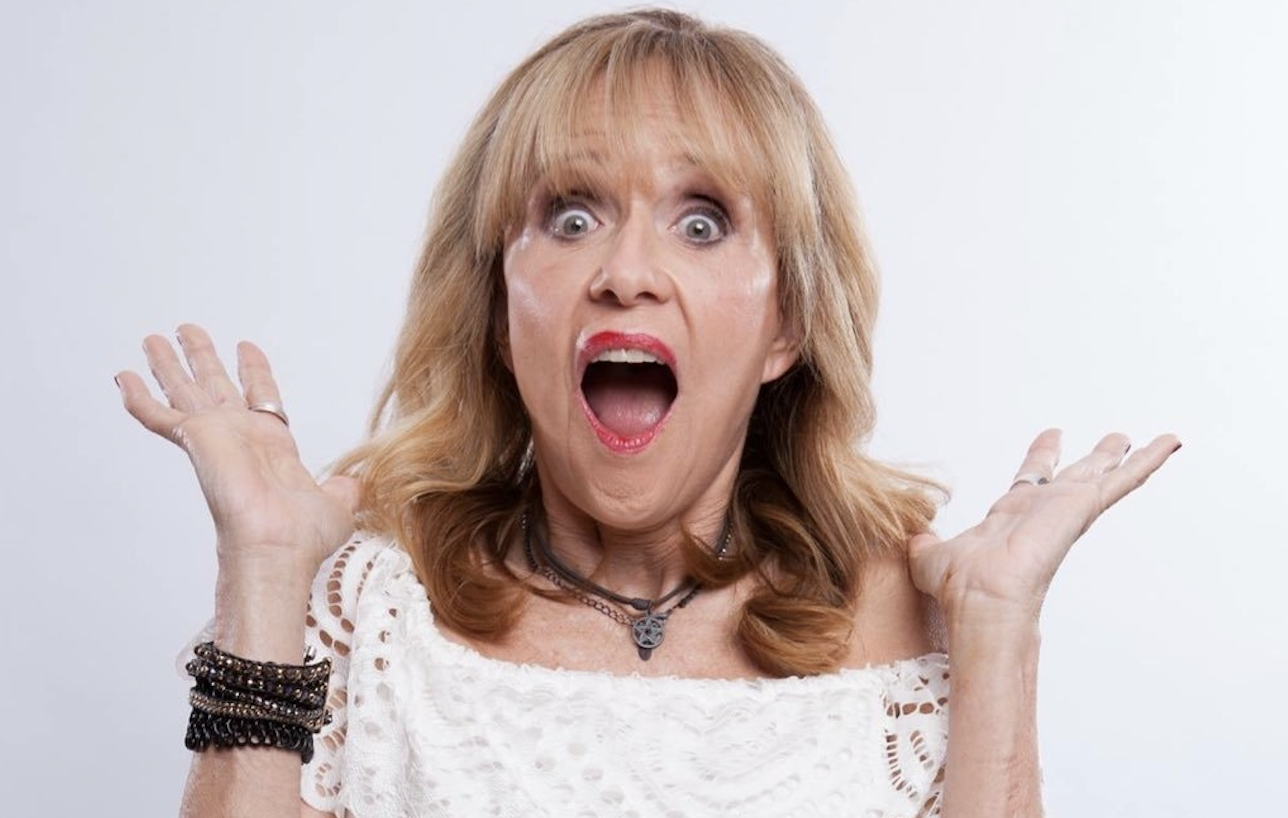 You have a new series coming out called PARANORMAL TRUTH…

I do! I’m really excited about it!

Yeah, which is different than usual. Usually, I’m acting in things.

How has hosting been? Has it been enjoyable for you?

It’s different, but I really enjoy it. It’s fun to do. You’re introducing things and closing things up. It was fun.

It’s a whole different beast though, no?

What can you tell us about the series?

It deals with zombies, and vampires, and different things like the Legend of Boggy Creek. It gets in-depth with different people that want to be vampires and/or supposedly are. It’s a documentary-type show.

Like an Unsolved Mysteries type of deal, but for horror?

Exactly. It’s not making things up, it’s the truth.

Do you believe in the supernatural?

I believe there’s an energy. I’ve never seen anything supernatural, and I can’t believe in it unless I see it. I think there are energies, but I don’t believe in things like floating things, or exorcisms. I’m more scientific.

What attracted you to the project?

I wanted to do something different. I know there are a lot of people [who are] into the paranormal. Somebody contacted me from the UK and asked if I wanted to do it, and I said I would love to. Somebody I had used to work with, Mr. Falls.

Which streaming services will it be available on?

There will be options. Which is always good. It’s amazing all the channels you get now. You can watch anything you want, almost, now. It boggles my mind. I think COVID pushed it, too, now that they have a captive audience.

It’s crazy. It doesn’t seem right, but it is. You know what’s good, though? Drive-ins have made a resurgence.

You’re also a producer on the show. What was that like?

That was really fun. It was like getting everybody together and everything together. It was a great experience. I had a little bit of experience producing on some low-budget films, but that was harder. This wasn’t as hard, and it was really fun.

Would you say TV is different than producing films?

You’ve acted, directed, and produced. What do you prefer these days?

I like directing. It was really fun to be on the other side of the camera and working with the actors. I’ve got experience with acting, so I can sympathize with them. It was really rewarding.

You have done a ton of horror. Some of my favorites, Silent Night, Deadly Night, Night of the Demons, Return of the Living Dead, those were my childhood. What’s one thing you would say you have learned working in the genre for so long?

Well, one thing I’ve learned is that horror fans are the best people in the world! They really are. It’s unlike any other genre. I think I’ve learned that I’ve had a really great life. I was cleaning out my garage the other day, with some help, and she goes, “You’ve had an amazing life!” I never really think about it, I just go day-to-day. But I have had an amazing life!

If you could give one bit of advice to someone trying to get into the horror genre, what would it be?

I would say that it’s not easy, but if you really want to do it, do it. Just really put your heart into it and believe in yourself, and you can do it!

I actually reviewed one of your newer films recently, The Good Things Devils Do, directed by Jess Norvisgaard. You did a great job in it! I really enjoyed the film. In fact, I called it “small budget vampires, done right.”

A little bit different, for sure.

That’s a testament to Kane Hodder, right? He makes you really hate that guy!

He is so proud of it, too! It’s so cute to see. He was so good in it. It was fun, and the director, Jess is really a nice guy. Bill Oberst Jr. was great. It was very disturbing.

David Rucker III did a great job, too as Melvin. He was so goofy, but it worked.

Yes! He was great! Good actor. I really liked him.

So, one of your very first gigs was a Close-Up toothpaste commercial.

Being that girl, back then, standing there ready to do the commercial – did you see yourself becoming a scream queen, and being in all these horror films?

Oh, no! I had no idea! I used to write letters to Elvira’s fan club, and I would say that I wanted to be the blonde Elvira. Wanted to be, not going to be. So, no. I had no idea. I was in a punk band back then. It’s so great though because I love horror films, I grew up on them.

So, you’re an actual horror geek, like me. I grew up on horror, as well. Watched A Nightmare on Elm Street when I was eight. Was hooked from then on.

Oh, my gosh! Were you scared?

No. It was just a story.

There was nothing under the bed, or in the closet?

No. I think that was part of the deal. Like, if you wake me up… no more.

You didn’t admit you were scared.

That’s fair. But it’s my story, Linnea! (Laughs) We’ll be keeping an eye out for PARANORMAL TRUTH; it sounds super interesting! Anything else you wanted to mention?

I was in New Zealand doing Buzz Cut. That comes out really soon. I don’t know the exact date, but it will be soon. I have a bunch of shows lined up and then in mid-April, I do Terror Toons 4. Also, Triassic Hunt is out now, if you like dinosaurs. That was really fun. It has Michael Paré in it. It’s on Google Play and coming to Amazon.

I really appreciate the time, Linnea! Thank you!

Thanks, you too, and have a great day!

No release date as of yet, but we’ll be keeping an eye out for Linnea Quigley’s PARANORMAL TRUTH. Look out for Buzz Cut, coming soon, and until then, you can always see Linnea in one of her many classic horror flicks! 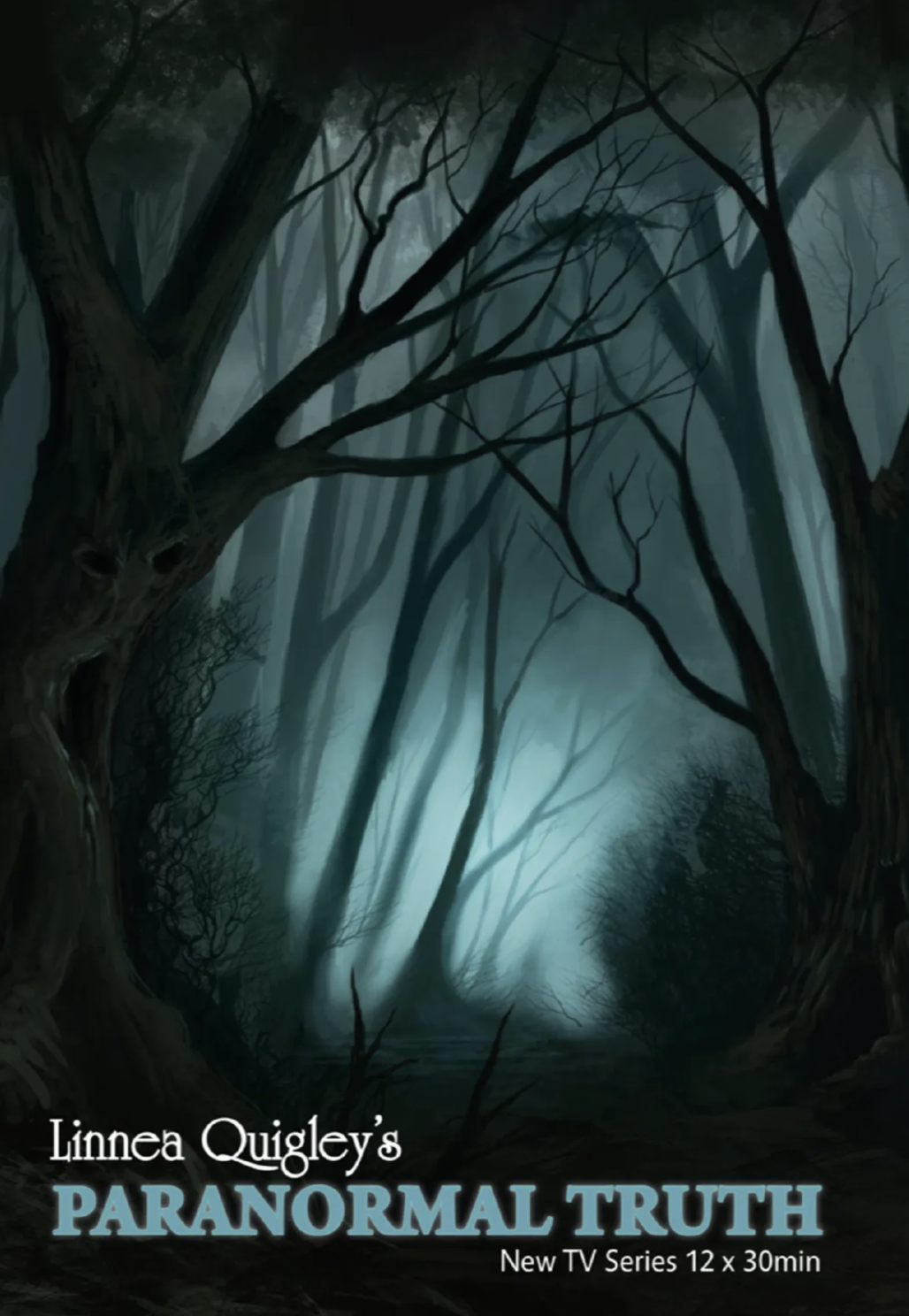