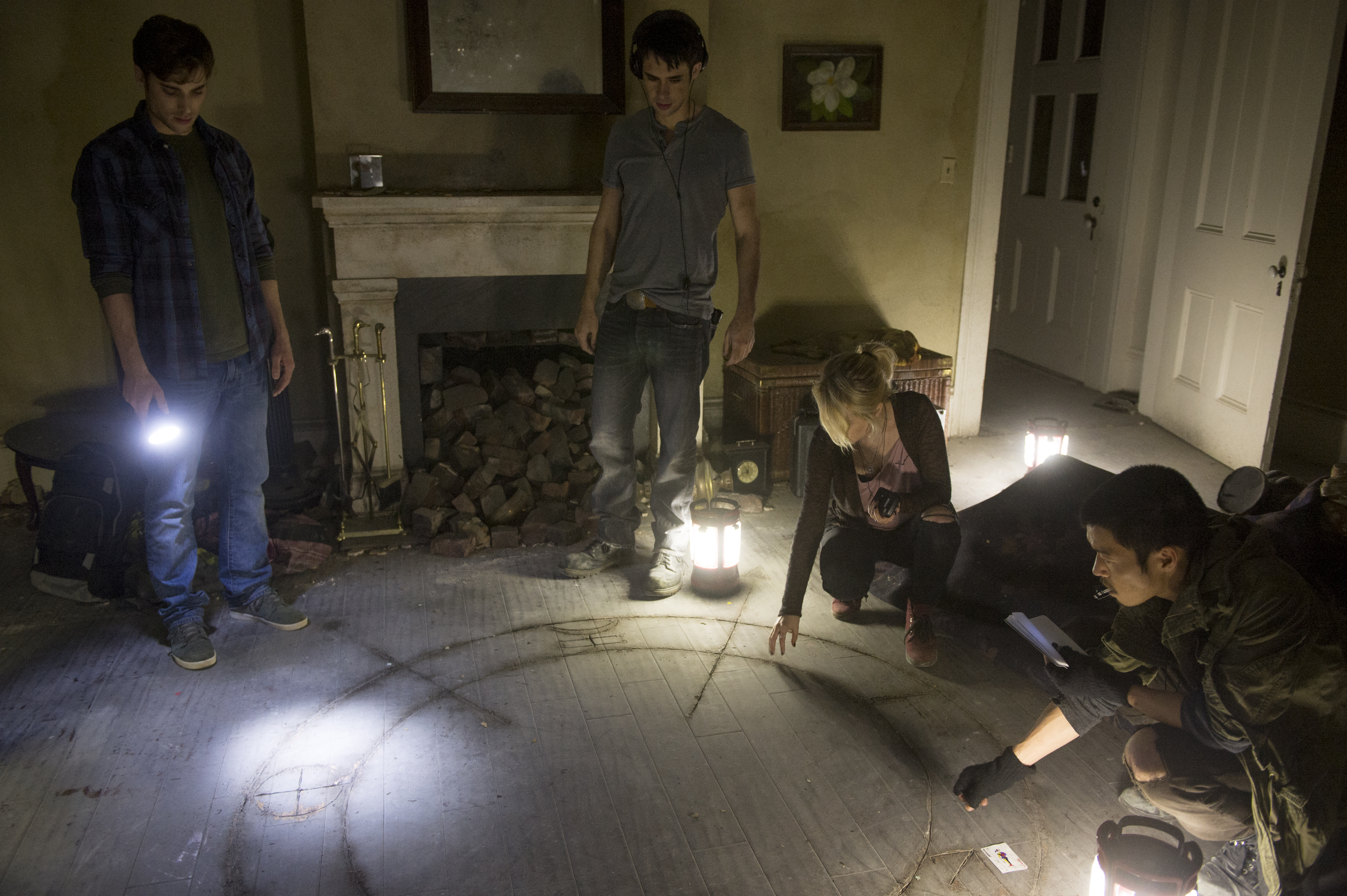 Originally set to be released by Dimension Films nearly three years ago (around the same time the still-absent AMITYVILLE: THE AWAKENING was supposed to come out), the supernatural chiller DEMONIC, with counts THE CONJURING’s James Wan as a producer, is finally emerging from the shadows on disc. Read on for the info, cover art and trailer.
Lionsgate Home Entertainment has announced that it will release DEMONIC to DVD October 10. Directed by Will Canon from a script he wrote with Max La Bella and Doug Simon, the movie stars Maria Bello (A HISTORY OF VIOLENCE), the PURGE films’ Frank Grillo, Cody Horn, Dustin Milligan (SHARK NIGHT 3D), Scott Mechlowicz, Megan Park and Aaron Yoo. The synopsis: “The film centers on the aftermath of a horrific massacre where five college students were brutally murdered inside an abandoned home. Detective Mark Lewis [Grillo] and psychologist Dr. Elizabeth Klein [Bello] question one of the few survivors who explains they were amateur ghost-hunters, seeking out paranormal phenomena at the abandoned house, which was believed to be haunted. But what started out as a harmless activity turned into something truly terrifying.”
DEMONIC will be presented in 16×9-enhanced 2.40:1 widescreen with Dolby Digital 5.1 audio. No special features have been announced; retail price is $19.98. 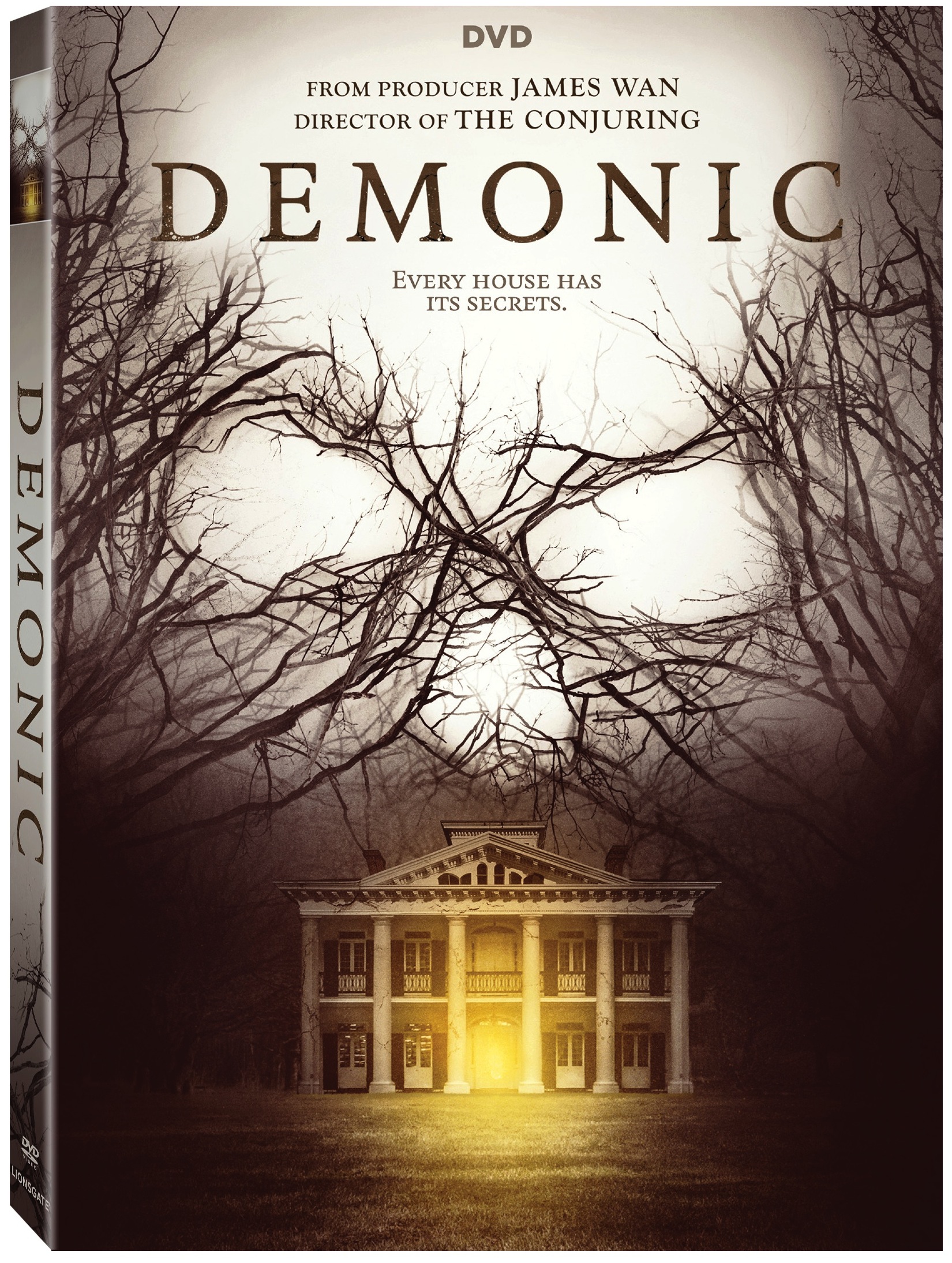