EXORCIST VENGEANCE is a newly released film written by Mathew B.C. and Jeff Miller wherein, “a tough priest with a troubled past is called to root out a murderous demon from a household of suspects.” Distributed by Uncork’d Entertainment, the film stars Robert Bronzi as that hardened priest, known for taking out the Vatican’s trash and facing off against the Devil. Rue Morgue recently had the chance to chat about EXORCIST VENGEANCE with executive producer Mark L. Lester, known for directing Commando and Firestarter, and Jeff Miller, who produced Death Kiss, and The Russian Bride. 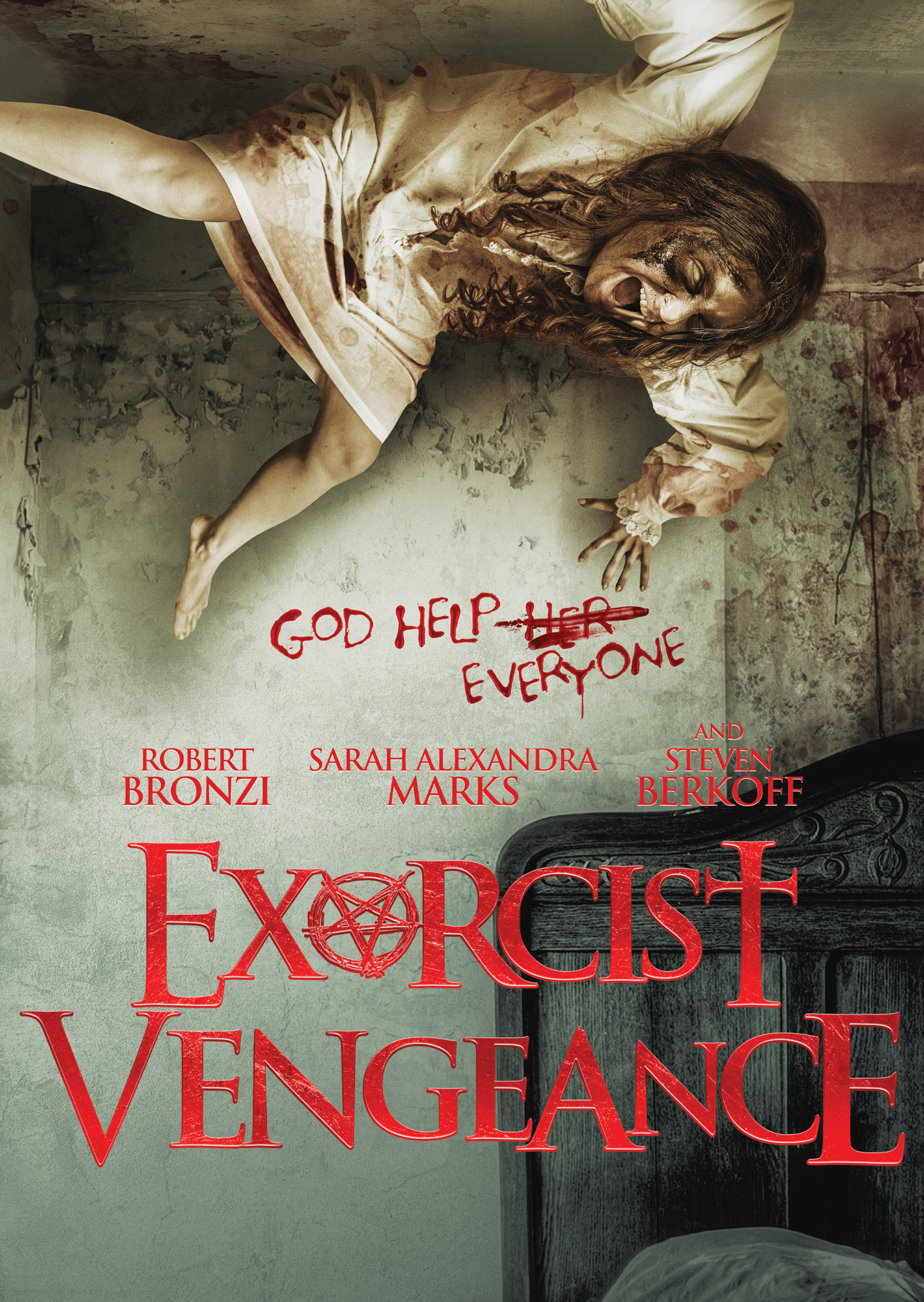 The film EXORCIST VENGEANCE, let’s talk about it.

Yeah, a great film with Stephen Berkoff and Robert Bronzi. Jeff [Miller] has been doing these Bronzi movies. We did The Gardner with him, which Lionsgate released.

It looks like it’s got some pretty brutal parts in it.

Yeah, it harkens back to the original Exorcist movie, so it’s got some scary moments.

So, how did you get involved, Mark?

Oh, through Jeff [Miller]. He had the script and he’s been making these [types of films] with his British unit so I really got intrigued about making a whole series of horror films in London. We did the first one, it was an action movie, then The Gardner, and now EXORCIST VENGEANCE, and we have another already shot.

So, you all must get along really well then?

Oh yeah, it’s great. Have you talked to Jeff about the film?

I can connect him in, one second.

Okay, let’s get him in here!

Hey Jeff, how are you doing?

We’re talking about EXORCIST VENGEANCE. Since you were one of the writers I wanted to ask, how did you come up with the story?

JM: Basically, the director pitched me about doing an Exorcist movie. It was kind of like they were pitching Exorcist meets The Conjuring. I came up with the idea, and I just wanted it to be kind of like a “whodunnit” type of movie – like who’s the demon, who’s the Devil? I came up with treatment, they got a writer they work with, and we took it from there.

Now you were on set?

JM: It was cool. It was a hurried shoot, in cold weather, in dreary England so… [Laughs].

ML: Were there any possessions?

JM: No actual possessions – to my knowledge.

JM: Everyone was in good spirits. Fortunately, no one had Covid. Which was good.

How long was the shoot?

JM: It was a short shoot. I don’t want to say exactly, but it was short.

Any funny stories from the set you want to share with us?

JM: One thing that was kind of funny was, at the end of the shoot [Robert] Bronzi comes up to me and goes, “please, no more horror movies.” I think he was getting tired of seeing people spit up blood every day.

I know Bronzi from mostly Western-type films. How did you convince him to get on board with this project?

JM: I’m friends with him. We did other films together, and I came up with the role with him in mind.

Awesome! Thanks so much for your time guys!

EXORCIST VENGEANCE is available to stream now from Uncork’d Entertainment.