Hello there! Swedish horror author Mats Strandberg here. My novel BLOOD CRUISE has just been released in the US and Canada. It’s set on one of the infamous booze cruises between Sweden and Finland (seriously, it’s mayhem even without blood-thirsty monsters). In the book, 1200 expectant passengers have boarded the Baltic Charisma. The creaking old ship travels this same route, back and forth, every day of the year. But this trip is going to be different. In the middle of the night, in the middle of the Baltic Sea, the ferry is cut off from the outside world. There is nowhere to escape. There is no way to contact the mainland. And no one knows who to trust . . . 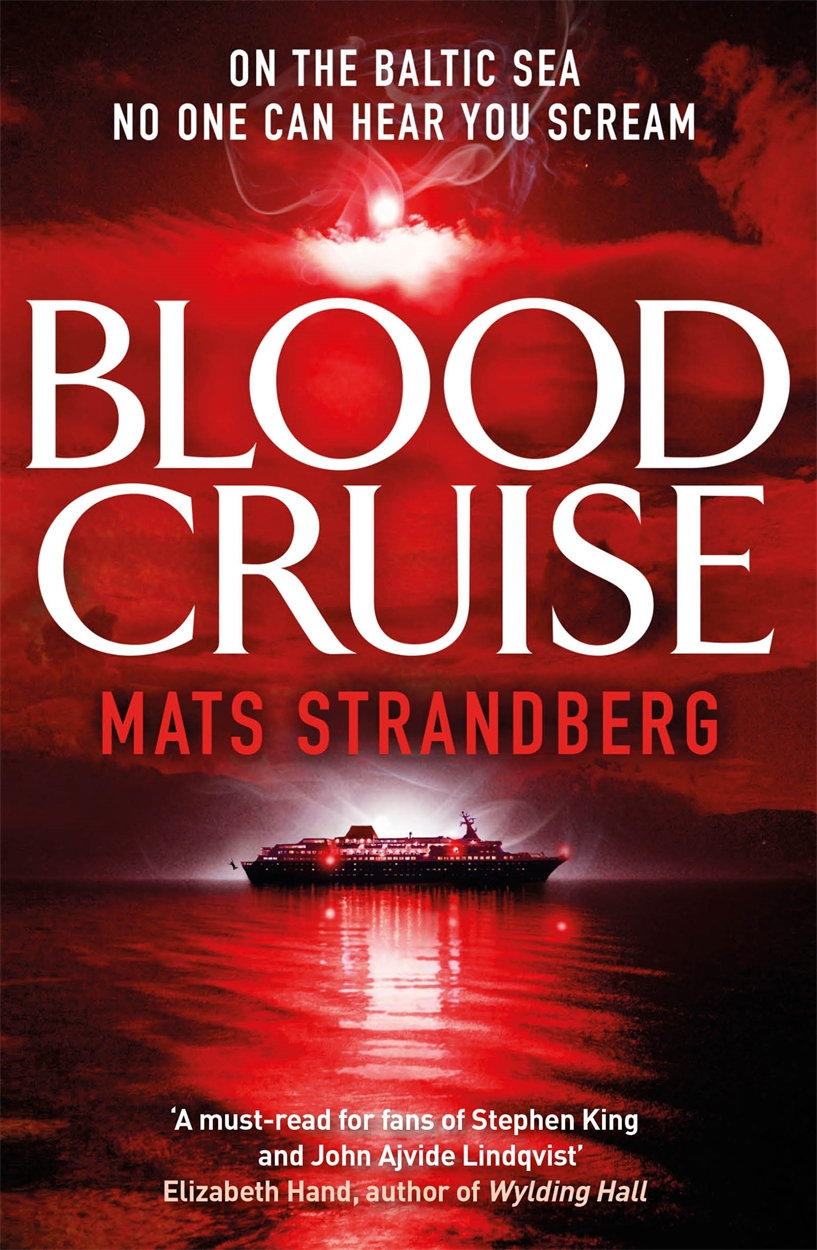 Here are my biggest movie inspirations for the book.

A friend of mine had some kind of ironic 40th birthday party on one of the ferries. I was really uncomfortable for most of the trip, which I solved as best as I could with tax-free alcohol. The idea for BLOOD CRUISE came when I was trying to find my cabin and got lost in the brightly lit, maze-like corridors. They reminded me of Overlook Hotel, and the Overlook stayed a huge inspiration as I was writing about the Baltic Charisma. When you think of horror, you think of dark, shadowy places. But the light can be scary too; there is nowhere to hide in it.

On the Baltic Sea, no one can hear you scream. As soon as I had the idea, the USCSS Nostromo became another big inspiration. A cruise ship and a space ship are both isolated in a cold darkness, impossible to survive in. Once trapped there, it is impossible to get help from the outside, and nowhere to escape. But that wasn’t the only inspiration that Alien gave me. I love the way this movie depicts the crew. They’re tired, unglamorous, just trying to make ends meet – and that’s why you love them when they (well, some of them) become heroes.

One thing that really appealed to me about the idea for BLOOD CRUISE was the fact that these ships are such a great microcosm of Nordic society. Even though they are booze cruises, they are also a cheap, quick holiday for families. They are a means of transportation for lorry drivers and people who commute between Sweden and Finland.

Simply put, there are all kinds of people aboard, and that made for such an interesting mix of characters. I had an opportunity for unexpected alliances, and to ask questions about things like class differences. Just like Tobe Hooper and Stephen King explored similar things in the Salem’s Lot miniseries. Also, they created some really fucking scary vampires.

We all know that this movie is a brilliant satire of consumerism, and cruise ships are all about gorging on booze and buffets, as well as shopping tax-free perfumes, salty licorice, and trinkets. And of course, the monsters aboard will gorge themselves on people in a similar way.

I loved this movie when I was a teenager, and the character that fascinated me the most was Claudia, the vampire forever caught in a child’s body. The character of Adam in my book is about 50% Claudia, 50% Trump.

Frank, and his constant quest for bigger and darker sexual kicks, inspired the character of Dan, the has-been one-hit wonder whose career has sunk to hosting a karaoke bar on the Baltic Charisma.

My fellow Swedish author John Ajvide Lindqvist, who also wrote the screenplay for this adaptation of his book, showed me that it was actually possible to take our beloved horror genre and put it in a Swedish context. Though our styles are not very similar, he is a huge inspiration, and nowadays I count him as a friend as well.

Yes, Twilight. Because the decision to make vampires the horror element in Blood Cruise came from Twilight. I imagined a vampire, disgusted by all the eternally brooding teenagers who wouldn’t even drink blood, and deciding that it was time to teach humanity to fear them again. 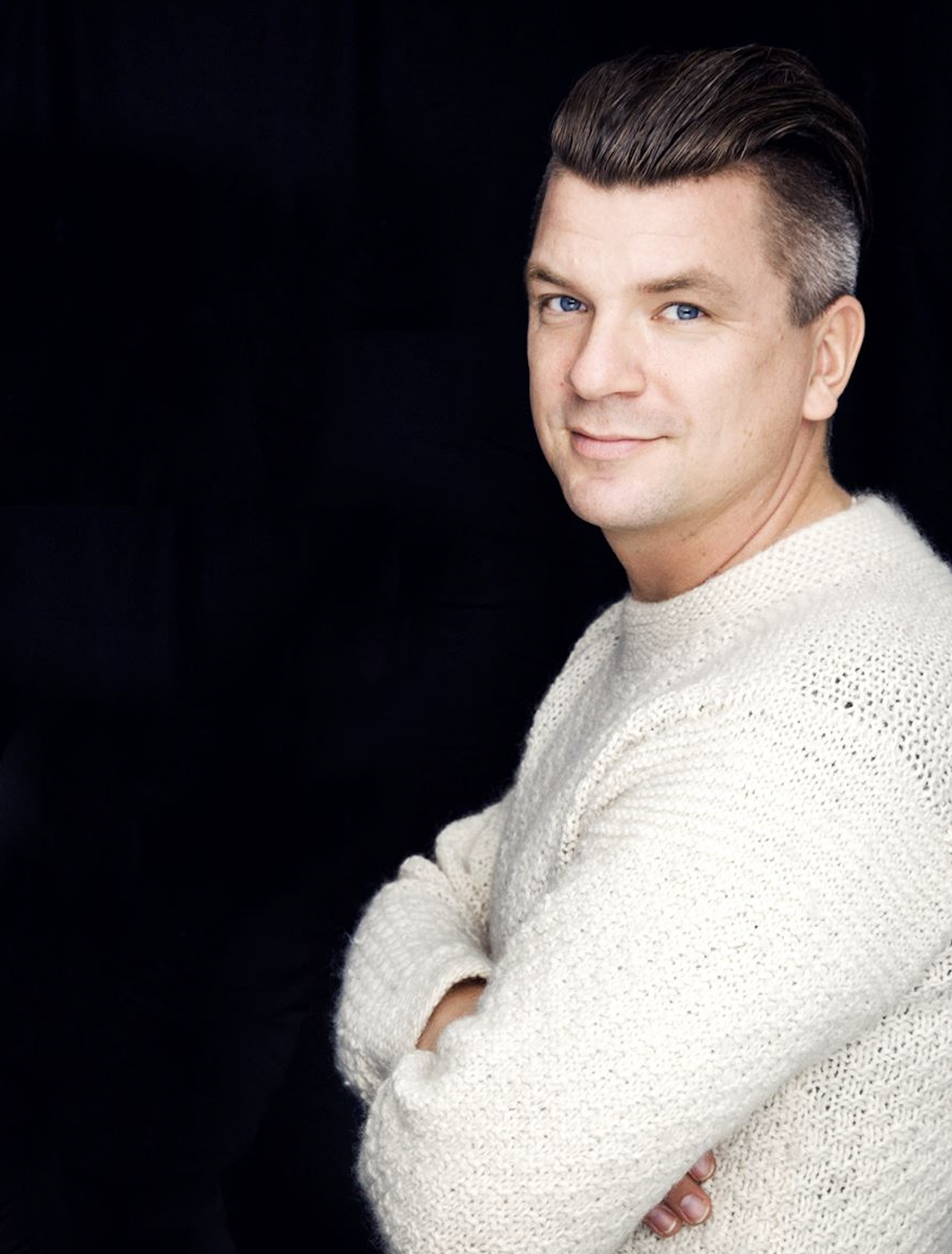