Meet the twisted “VILLAINS” in new trailer and poster

Bad meets worse in the black-comic horror film VILLAINS, which has been darkly delighting audiences on the fest circuit this year and is coming to general release next month. A new trailer and poster have now hit the web.

Coming to theaters September 20 from Alter, the genre banner of Gunpowder & Sky, VILLAINS was written and directed by Dan Berk and Robert Olsen (STAKE LAND II, THE BODY) and stars Bill Skarsgård (IT), Maika Monroe (IT FOLLOWS), Jeffrey Donovan, Kyra Sedgwick and Blake Baumgartner. The synopsis: “Mickey [Skarsgård] and Jules [Monroe] are lovers on the run, headed southbound for a fresh start in the Sunshine State. When their car dies after a gas station robbery, they break into a nearby house looking for a new set of wheels. What they find instead is a dark secret and a sweet-as-pie pair of homeowners [Donovan and Sedgwick] who will do anything to keep it from getting out.”

See our review of VILLAINS here, and look for more coverage at this site as the film gets closer to release! 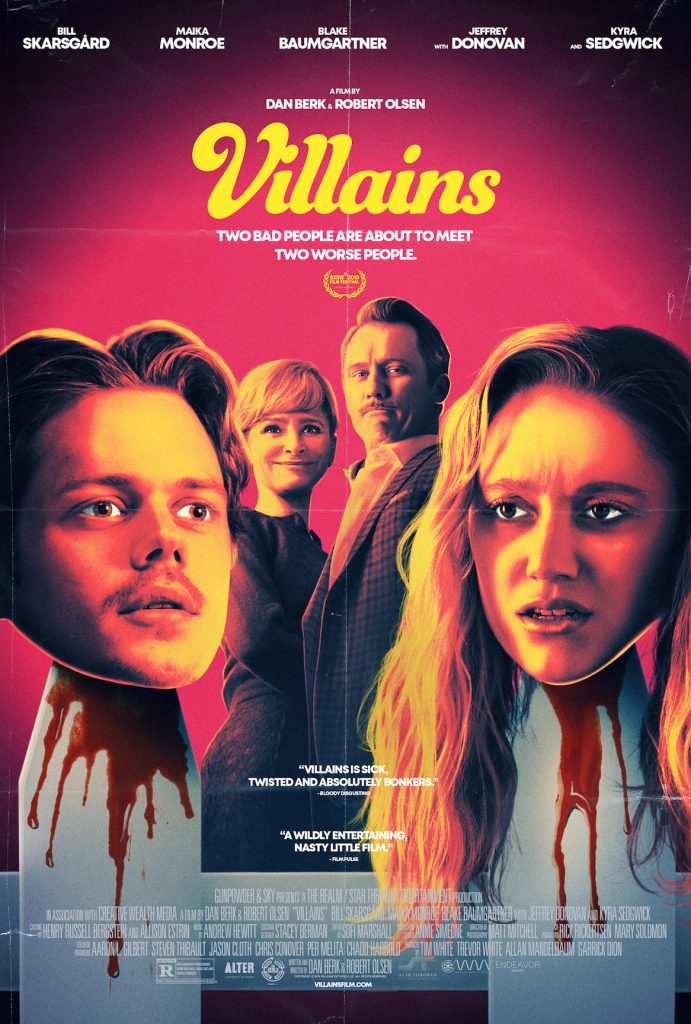