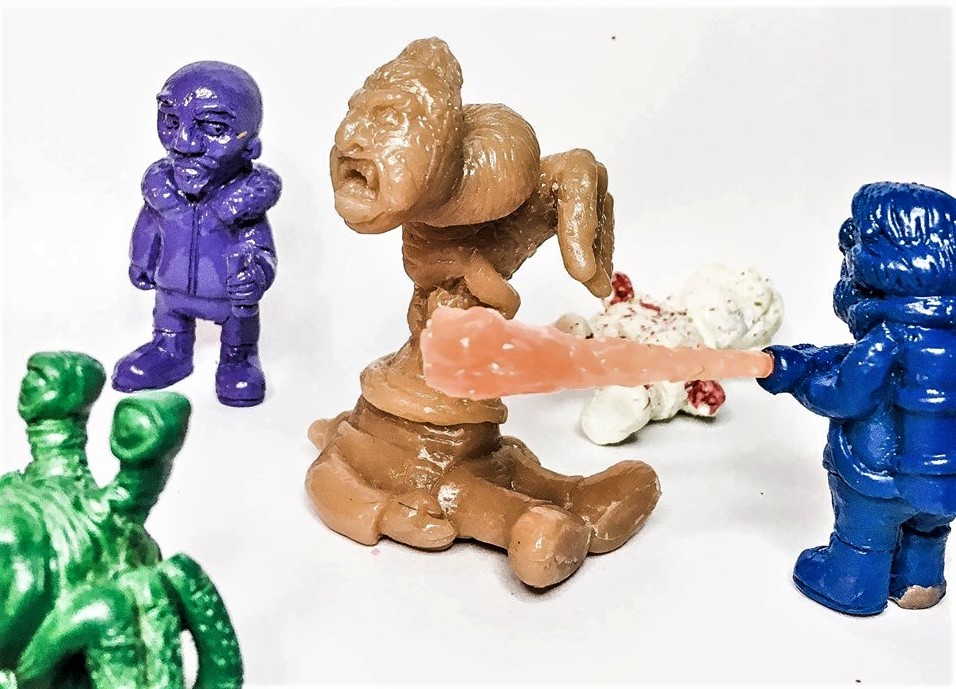 When we last checked in with Pickman’s Vinyls (Joshua Allen Hibbard a.k.a. Professor Pickman and Mike Alvarez), they were launching a resin Bennings-Thing figure release, covered here. Since then, the duo has been hard at work releasing a Dr. Blaire figure in June and announcing even more inventive minifigures in the series from John Carpenter’s cult classic film “The Thing”. 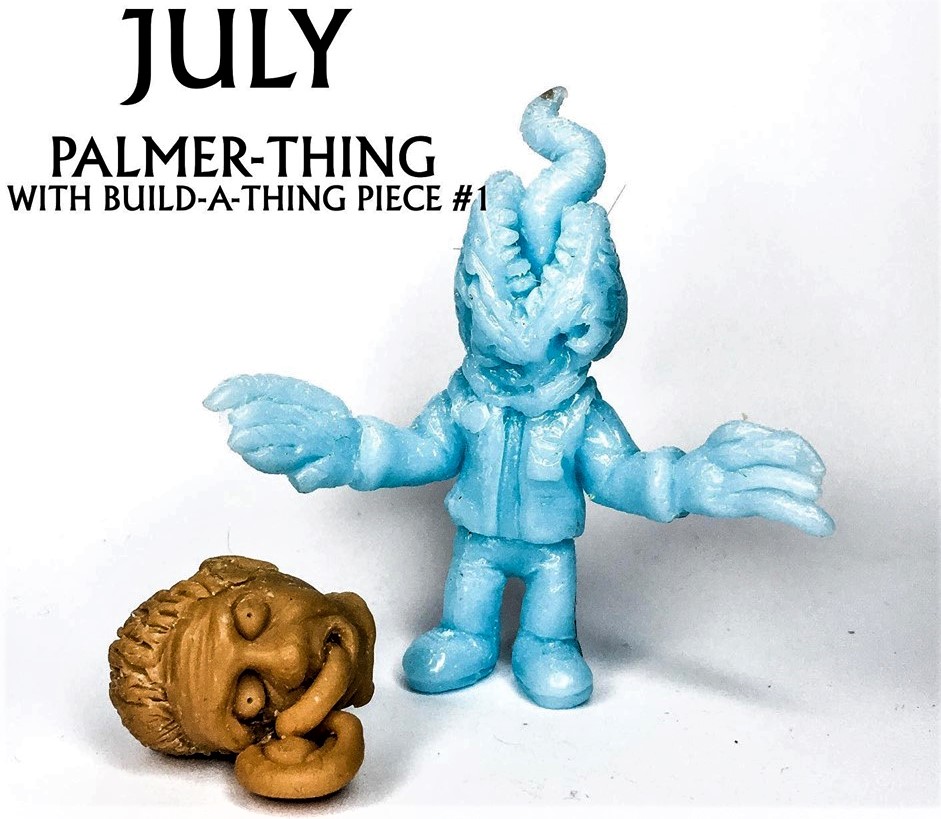 July 5, 8pm (CST), will see the release of PALMER-THING RESIN MINIFIGURE featuring a “build a Thing” piece and the first figure to not be limited. Fans may recall that Palmer (played by David Clennon) was the assistant mechanic at Outpost 31; he is also the first character to encounter the Norwegians and later in the film is exposed as Palmer-Thing, due to the impromptu blood test in which MacReady dips heated copper wires into blood samples from each remaining member of the Outpost. 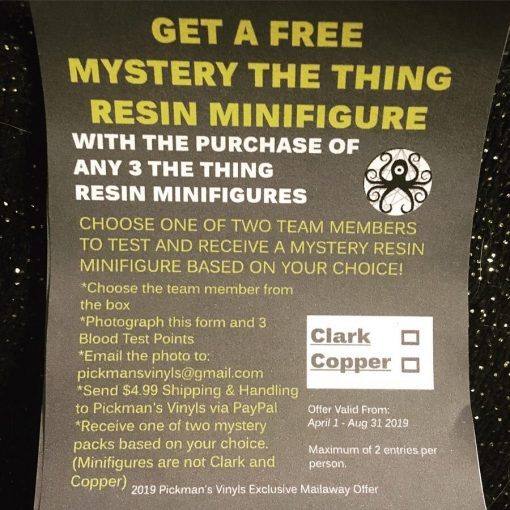 Each figure will come nicely bagged with a custom header with one blood test point (you can cash in these blood test points to receive a mystery figure). Once the buyer has picked their selection, they must photograph the provided slip along with three Blood Test Points that can be found on the back of the purchased figure’s package header. Then buyers must email all the above information to Pickmansvinyls@gmail.com, along with sending $4.99 USD (to Pickman’s Vinyls via PayPal) to cover shipping and handling of the free figure(s).
Buyers will receive one of two mystery packs based on your selection (Minifigures are “not” Clark and Copper)
*this offer is valid from April 1-August 31 2019, Maximum of 2 entries per person* 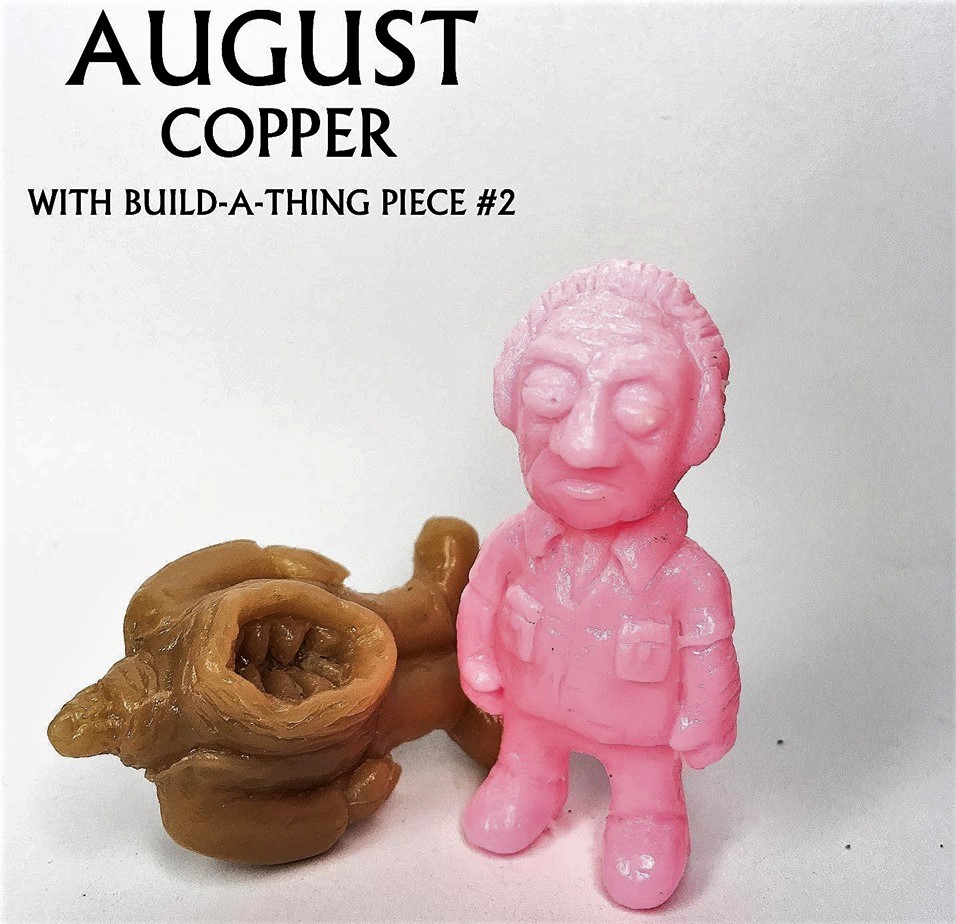 Sticking with The Thing Minifigure series, August will see Dr. Copper (as played by Richard Dysart), finally make his appearance. This will be the second character in the series to include a “build a Thing” figure piece, which all come together to form the “Norris build a Thing” figure. No exact launch date has been announced, but look for it to appear on the Pickman’s Vinly’s website early in the month (August 5th possibly).

September will see a very special figure make its debut: Split Face-Thing. Pickman’s Vinyls has shrunk this monstrosity down to minifigure size, complete with a bifurcated face the character has come to be identified by. Look for this figure to include the third and final piece to the “build a Thing’ figure. 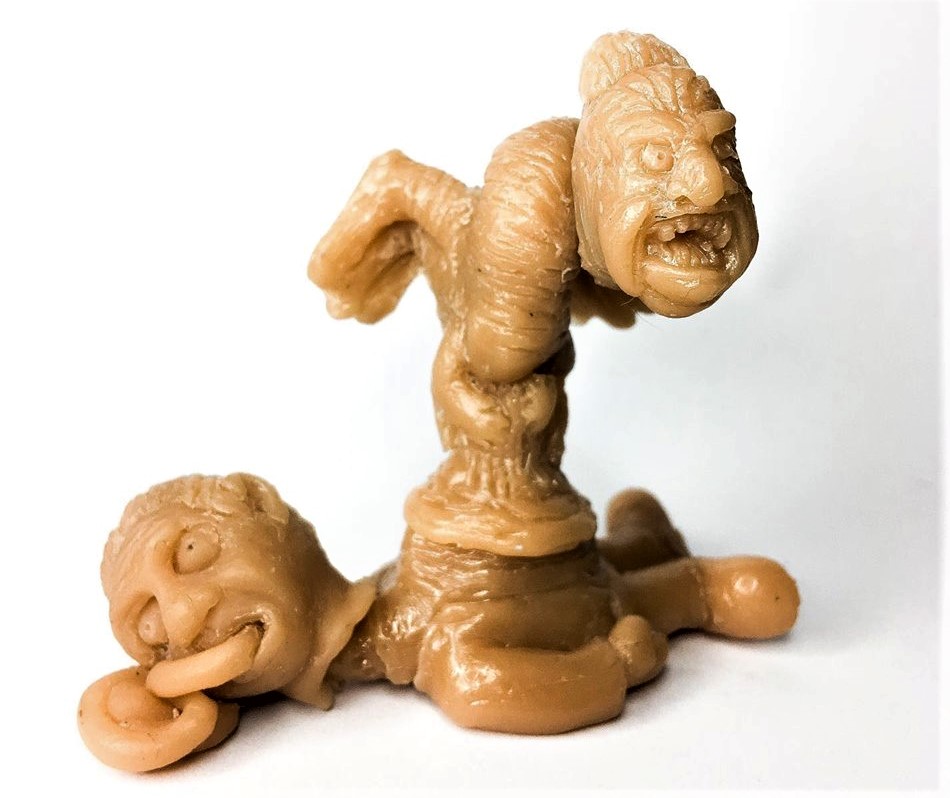 Pickman’s Vinyls has also announced even more characters coming to this minifigure series line, but no reveals of concept art have been posted yet. Look for October to bring Garry (as played by Donald Moffat) or M.T. Garry, the commander of the research station to be released. November is cooking up Nauls (as played by T.K Carter) and finally December will see MacReady (as played by Kurt Russell) version two round out the year. No word on if any accessories will be included with these characters, time will tell.

Keep updated on even more The Thing awesomeness coming from Pickman’s Vinyls by checking out their official website or follow along on the Social media accounts, as new “Limited” figures are dropping from time to time.