Ballet Blanc, the sixth full-length release from directorial star-on-the-rise, 29-year-old Anne-Sophie Dutoit, is a release which unfortunately falls short at pretty much the very first hurdle. The film is gory horror-thriller, which follows the fate of an innocent little boy left behind in a nondescript town after his ballet troupe leaves without him. 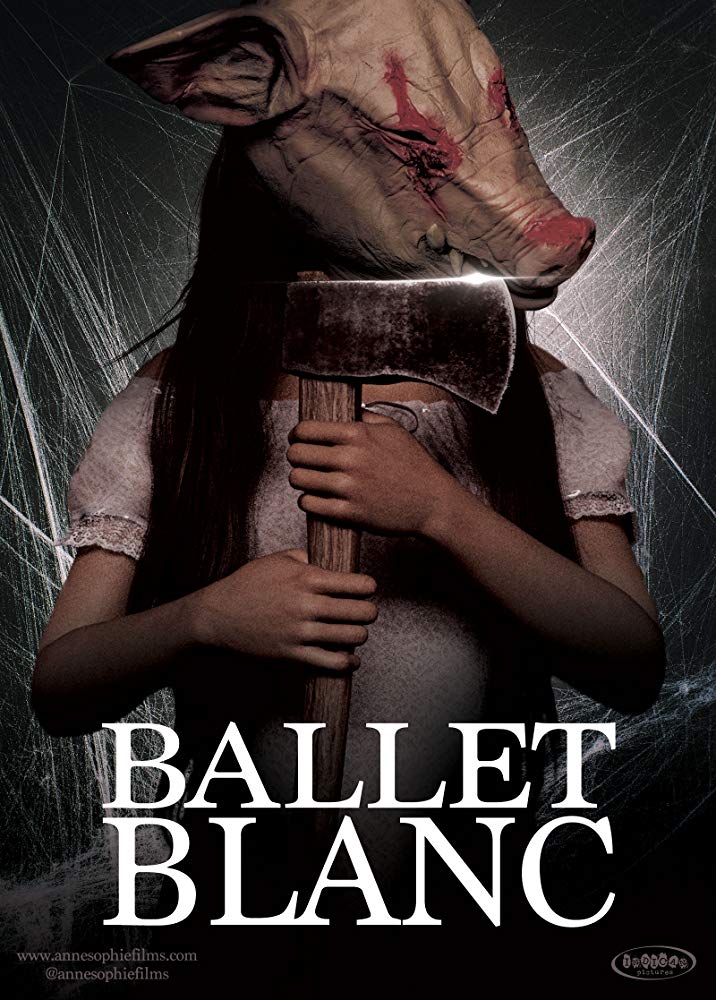 Beginning with a jarring mixture of shots showing a ballet movement sequence, screams from off-camera and a woman eating a live beetle by candlelight, it’s clear that this film is aiming towards a tone of total shock value and bleak, dark content. Unfortunately, it doesn’t quite manage to get there. The tonal miss is something which is sadly consistent throughout the film.

There is definitely something to be said for some of the motifs introduced. Dutoit shows promise, which seems sadly to be unrefined to the extent that the film suffers immensely. Moments which hint at the promise of good filmmaking are overshadowed by clumsy dialogue and the total lack of any suspense or sense of mystery in the plot. Not only does this film fail at its attempts to ramp up the tension, but it actually tells us the entirety of the plot in one dinner scene, a mere fifteen minutes into the movie.

Now, by any standards, the first rule of good storytelling would be “there is no story without conflict.” Number two would be “show don’t tell.” And it is here where the film makes a move which many would consider to be unforgivable. Up until this point, we know something scary and disturbing is happening; the seeds have already been sown by the introductory sequence of bizarre and jarring vignettes, and are ready to see it get ramped up slowly throughout the film. However, the script doesn’t allow this to happen.

Of course, it could be argued that it’s not what happens, but how it happens that is important. But there’s a difference between revealing the ending and concealing how we get there, as opposed to full-on spoon-feeding the audience, in bright neon letters, the words “THIS FILM IS GOING TO SCARE YOU” as this dinner table dialogue does, all too near the beginning.

There are some positives. The look of the film – the bleakness of its colouring, the motifs of goat and pig skulls and candles and all the usual satanic imagery – work very well. It has a similar visual to films like The VVitch with its rural setting, the feeling of isolation and the use of grotesque animal imagery. If a different story had been crafted around the setting, it could have been very enjoyable.

This film is, on the whole, disappointing. However, all hope is not lost. There are components of horror in here which Dutoit could certainly expand on in the future. The bleak setting, the confusion she crafts, the gore and guts and interesting editing. There are some occasional interesting elements here. Whether she expands on them in her career in the future or falls back into the same storytelling mishaps remains to be seen.