Justin McConnell’s CLAPBOARD JUNGLE is a rare and intimate peek behind the curtain of indie filmmaking. Candidly documenting his personal journey for over 5 years, McConnell shines a light on the passion, process, and harsh realities of trying to get a film off the ground. Along the way, McConnell picks the brains of various filmmakers, producers, actors, writers and distributors who provide valuable insight based on personal experience. Jam packed with insider tips, familiar faces and brutal honesty, CLAPBOARD JUNGLE is a must-watch film for anyone beginning to embark on their own film journey.

When we first meet the up-and-coming Toronto filmmaker, it’s the year 2014. After suffering major personal losses, corresponding health issues and a variety of stagnant projects, McConnell makes a deliberate choice to turn his luck around. With his passion and drive rekindled, McConnell decides to document his journey in an effort to demystify the murky waters surrounding the early stages of film development. As McConnell narrates the film, his enthusiasm and passion for cinema radiates through his rapid-fire delivery of information. Even though the film industry has obviously changed since the documentary began, this outdated information of the early portions further supports the underlying message of CLAPBOARD JUNGLE — that film is an ever evolving industry where the rules are constantly in flux. 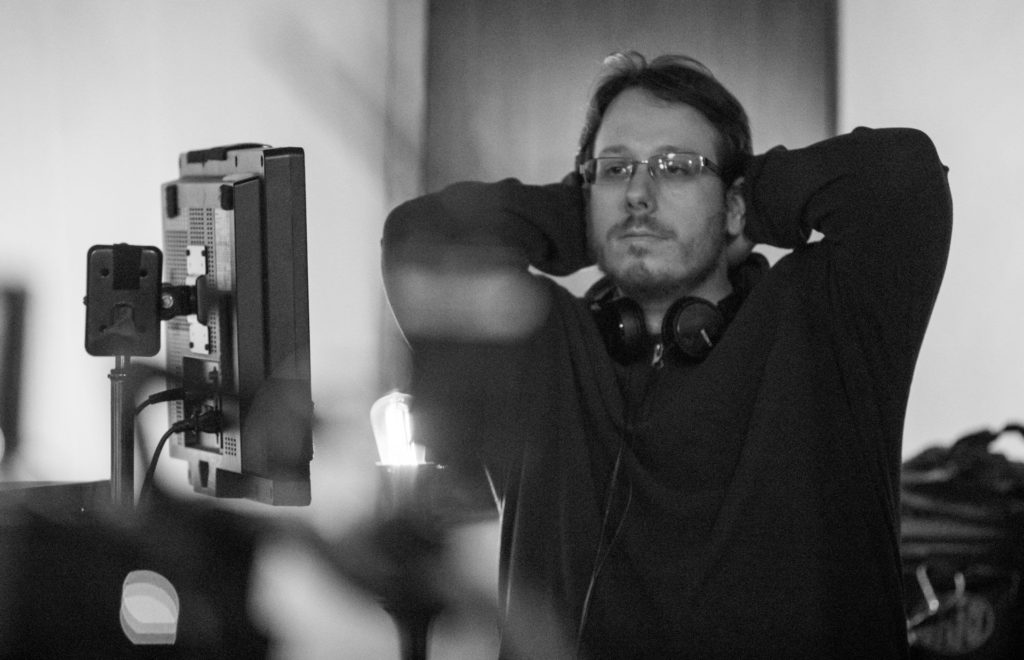 Capturing real-time reactions to promising leads and devastating rejections with basic phone videos, the roller coaster ride of McConnell’s emotions provides a refreshingly brave and starkly truthful glimpse at a rarely revealed stage of filmmaking. Getting any movie made is truly magical and McConnell reaffirms this notion through his own reality. Despite roadblocks getting thrown in his path time and time again, McConnell never stays down for long. Perhaps driven as equally by desire as necessity, McConnell implements a multi-faceted approach to ultimate success. By keeping a multitude of irons in the fire at all times, McConnell cleverly maximizes his chances of at least one project catching fire.

As the years tick by, McConnell attends a variety of festivals and notable film markets around the globe in the search for financial backing. It’s one of the more unique and interesting aspects of the film, as the process of securing funds is one that rarely gets discussed with such candor. Making the most out of these globe-trotting film adventures, McConnell taps a wealth of creatives to share their personal experiences in the industry. For horror fans especially, these exclusive and revealing moments are as enjoyable as they are informative. 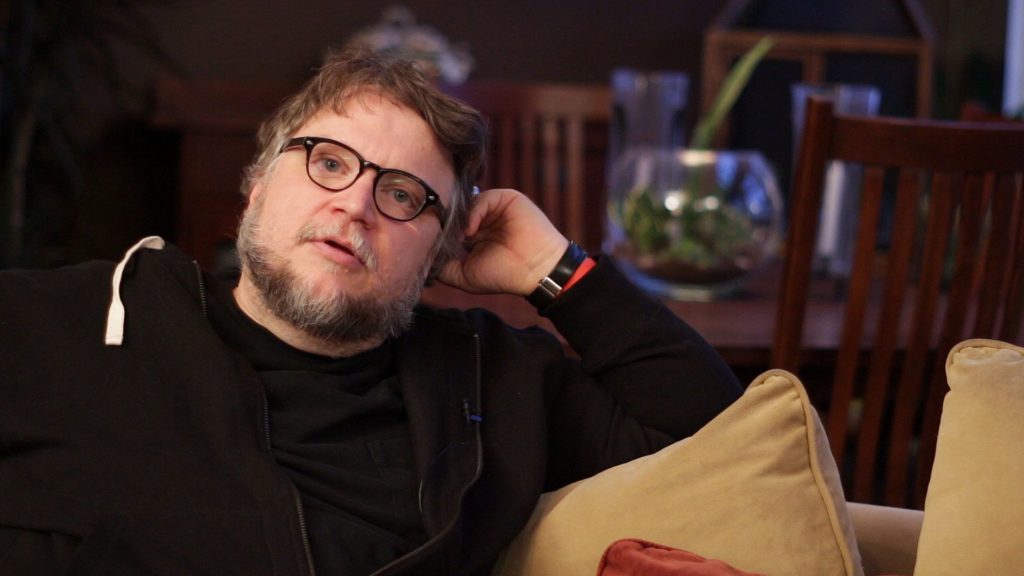 Through this wealth of guest interviews interspersed throughout McConnell’s own story there are a few industry truths that become self-evident. For one, everybody is figuring it out. Whether someone has a single film under their belt or a dozen, the journey from idea to a finished film is never easy. Catch 22’s are deeply embedded in the culture of film and the whole process is like assembling a puzzle with pieces randomly changing shape. Openly admitting to his mistakes, cultural privileges, and knowledge gaps, it is this earnest approach that ultimately gives the doc wider appeal. It’s incredibly easy for anyone to fall victim to imposter syndrome or lose faith in an idea when faced with continual rejection, but CLAPBOARD JUNGLE lets you know you are absolutely not alone.

It’s not until the film enters its final stretch that we see McConnell get the greenlight for his 2018 film Lifechanger. As detailed and painstaking as he was in documenting the journey up to this point in his career, the transition from securing funding to a successful film festival favorite flies by at a rapid pace. After investing over an hour leading up to this point, McConnell spends most of the film’s remaining time following him to various film festivals and racking up accolades. Although he certainly earns support from his audience and paid his dues multiple times over, it would have been nice to see more of the actual filmmaking process and a deeper discussion of what that experience entailed.

Ultimately, this rushed final act highlights CLAPBOARD JUNGLE’s small execution deficiencies. Incredibly personal by its very nature, McConnell’s passion for the project gushes from every confessional video, interview and voice-over. That said, the film could have benefited by hiring someone a bit more experienced with documentaries to help shape and edit his story a bit. Along with an excess of tiresome internet screen scrolls, a notable lack of music causes the film’s pace to lag and feel a bit more sluggish than necessary. And yet, these slightly undesirable stylistic choices take a backseat to McConnell’s undeniable charm.

Incredibly brave and genuinely enlightening, CLAPBOARD JUNGLE ushers viewers into a corner of filmmaking that rarely gets seen. Complicated, convoluted, and sometimes devastatingly disheartening, CLAPBOARD JUNGLE proves that no two paths to the red carpet are the same. By opening up and sharing his own path to a finished film, McConnell delivers a doc as infused with inspiration as it is valuable, practical information.

CLAPBOARD JUNGLE is now available on VOD in the U.S. via Gravitas Ventures/Kamikaze Dogfight and Canada via Indiecan Entertainment. 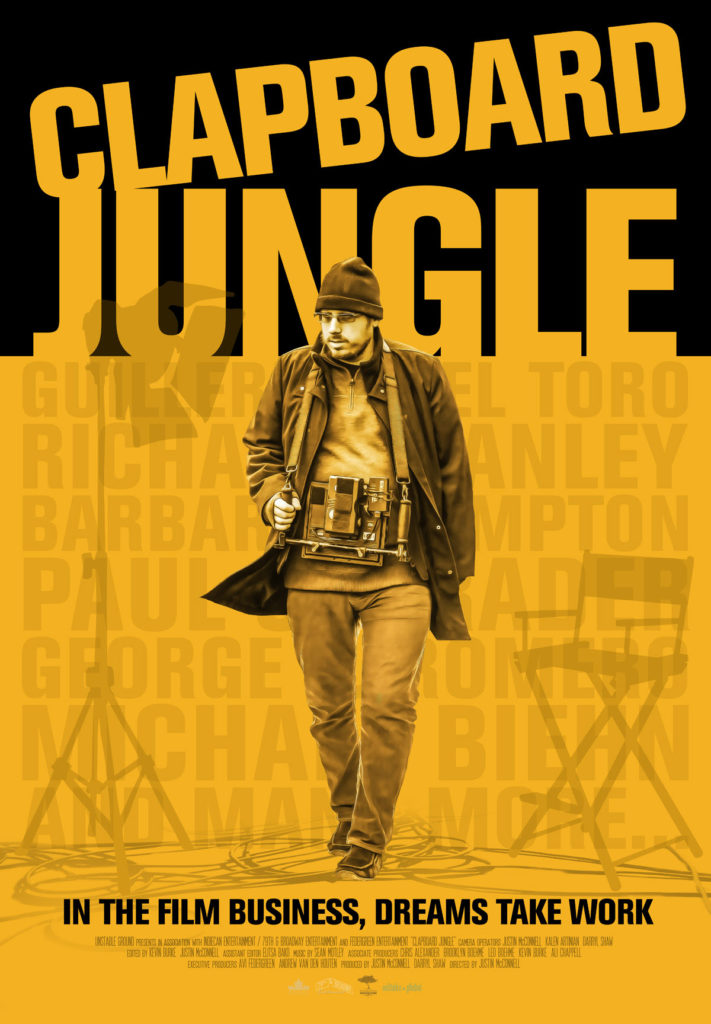