There is a moment early in the Brazilian-set THE CANNIBAL CLUB (in select theaters today and on VOD next Tuesday) in which two of the titular group’s members and their respective wives are at a swank party, discussing a recent overseas vacation.

“First world countries are something else.”

“I love first world countries. Much better than third.”

“Tell me about it. It’s so depressing to come back.”

“It’s because everything works. It’s not a mess like Brazil. Just to be able to go out unworried—to park your car anywhere without fear or concern.”

“I hate them. For me they should all die.” 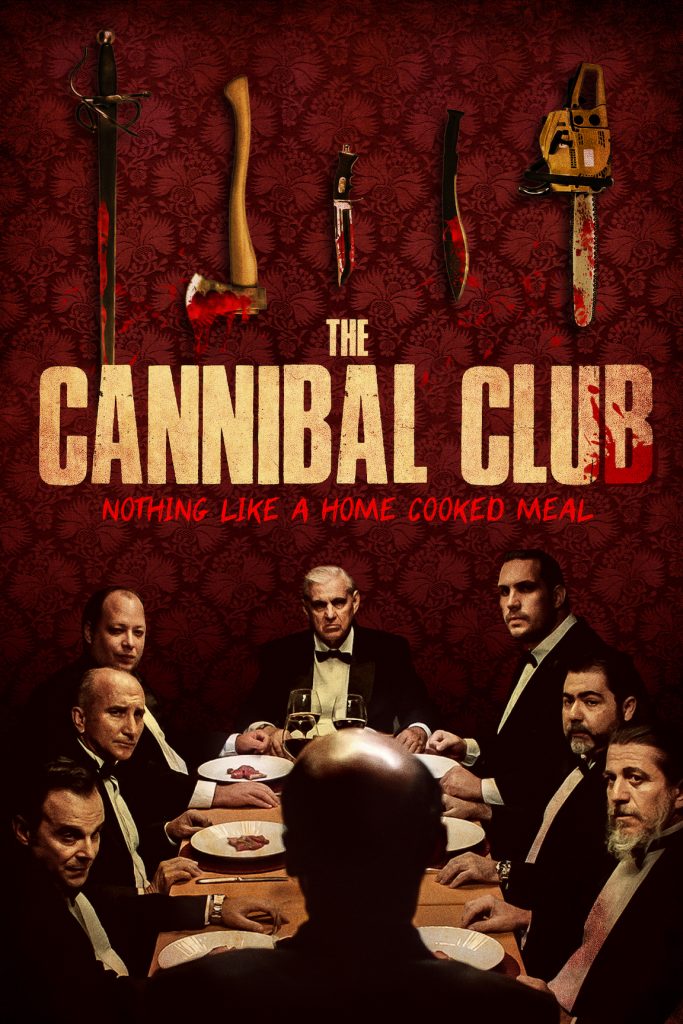 “The human mind is a story processor, not a logic processor,” New York University professor Jonathan Haidt wrote in his landmark study of societal division THE RIGHTEOUS MIND. That idea is certainly at the heart of THE CANNIBAL CLUB: The process by which these otherwise glam and ostentatious characters grant themselves the permission to dine upon the working poor who scrub their floors, clean their pools and, sometimes, service their sexual kinks requires internalizing a yarn powerful enough to transform depredation into a perverse kind of heroism. (Strange how much more revolting we find this on a micro level than when we are sold the same thing on the macro level of large-scale wars full of industrialized human trauma and annihilation.)

Executed with some modicum of deftness and style, this conceit could no doubt serve as a fine, colorful foundation for cinematic mayhem tricked out with a veneer of socially conscious messaging. To its great credit, however, THE CANNIBAL CLUB goes much deeper, exploring the ways the deep-seated fears of losing status—of being reduced—harbored by these presumably nouveau riche anthropophaginians drive their behavior. After all, is there any less subtle display of domination than to consume another human being who is virtually identical to you on a biological level, yet inferior according to some manufactured, artificial social hierarchy? And can we truly be surprised that the members of the club so willingly turn on one of their own due to any perceived deviation from the self-subterfuge of this shared story?

Balancing philosophy, anthropology and gore-festooned havoc is no small task, but writer/director Guto Parente weaves the threads together seamlessly, employing an intimate, engrossing and disquieting realism while also proving himself adept at plunging us into harrowing moments of extreme violence and terror. Hell, even the extended, primal sexual encounters depicted here are bathed not only in sweat and blood, but pathos as well.

It’s a tall order for the cast as well, but Parente’s leads—Tavinho Teixeira as the somewhat schlubby security-firm president Otavio, desperately attempting to satisfy the voracious and varied appetites of his enchantingly seductive, shrewd wife Gilda, portrayed by the versatile and stunning Ana Luiza Rios—brilliantly anchor the film, both beguiling and repulsing us. Major kudos are also in order for Pedro Domingues as the seething/imposing politician/gangster Borges and a fiery, bad-ass José Maria Alves as Jonas, the caretaker who refuses to play by the Club’s rules.

Overall, THE CANNIBAL CLUB is a fascinating journey to the dark side of the human psyche, group dynamics and class consciousness—and getting there is disturbingly plausible and easy. Groucho Marx famously remarked he preferred not to “belong to any club that would have me as a member.” Parente dares us to imagine one that might have us as a meal.