Movie Review: “THE WILD MAN” is a Worthwhile Beast, But Isn’t Without its Burdens

Eduardo Sánchez, co-writer and director of 1999’s found footage phenomenon The Blair Witch Project, has often stated that all roads to Burkittsville lead through the sulfur bottoms of Fouke, Arkansas. Popularized in Charles B. Pierce’s landmark The Legend of Boggy Creek (1972) which recounts the tale of a sinister sasquatch that terrorized a rural southern community, the film’s influence continues to reach across the decades and inspire countless artists to try their hand at telling the too-tall tale of the Bigfoot. Ryan Justice’s THE WILD MAN is a commendable effort that offers up a fresh perspective on the well-worn creature feature trope but manages to choke on a few hairballs in the process.

Documentarians Sarah (Lauren Crandall), Brandon (Julian Green), and Tim (Mike Reed) travel to Ochopee, Florida, sleuthing out the mysterious disappearance of several girls. While varied theories persist amongst the townsfolk as to what happened, most prevalent is that the missing girls’ fates were sealed by the bloodstained claws of the Skunk Ape – southern Florida’s iteration of the sasquatch. Although the filmmakers encounter those willing to share circumstantial evidence of what they believe to be their most infamous resident – corroborated with accounts of musky odors and ominous sounds throughout the night – there’s also resistance from some who don’t dare welcome “outsiders” to their coastal town. Undeterred, the group pushes on and finds an ally in the form of local legend and monster tracker Dale (David E. McMahon), whose services are for sale and who guides the group through all the beast’s suspected haunts. It all comes together as a project whose Blair Witch and Boggy Creek inspirations are indisputable, while building to a climax that injects a dose of originality not often seen in cryptid cinema by veering left of the boilerplate fact-or-fiction discussion that typically engorges nearly every minute of runtime in these types of movies. 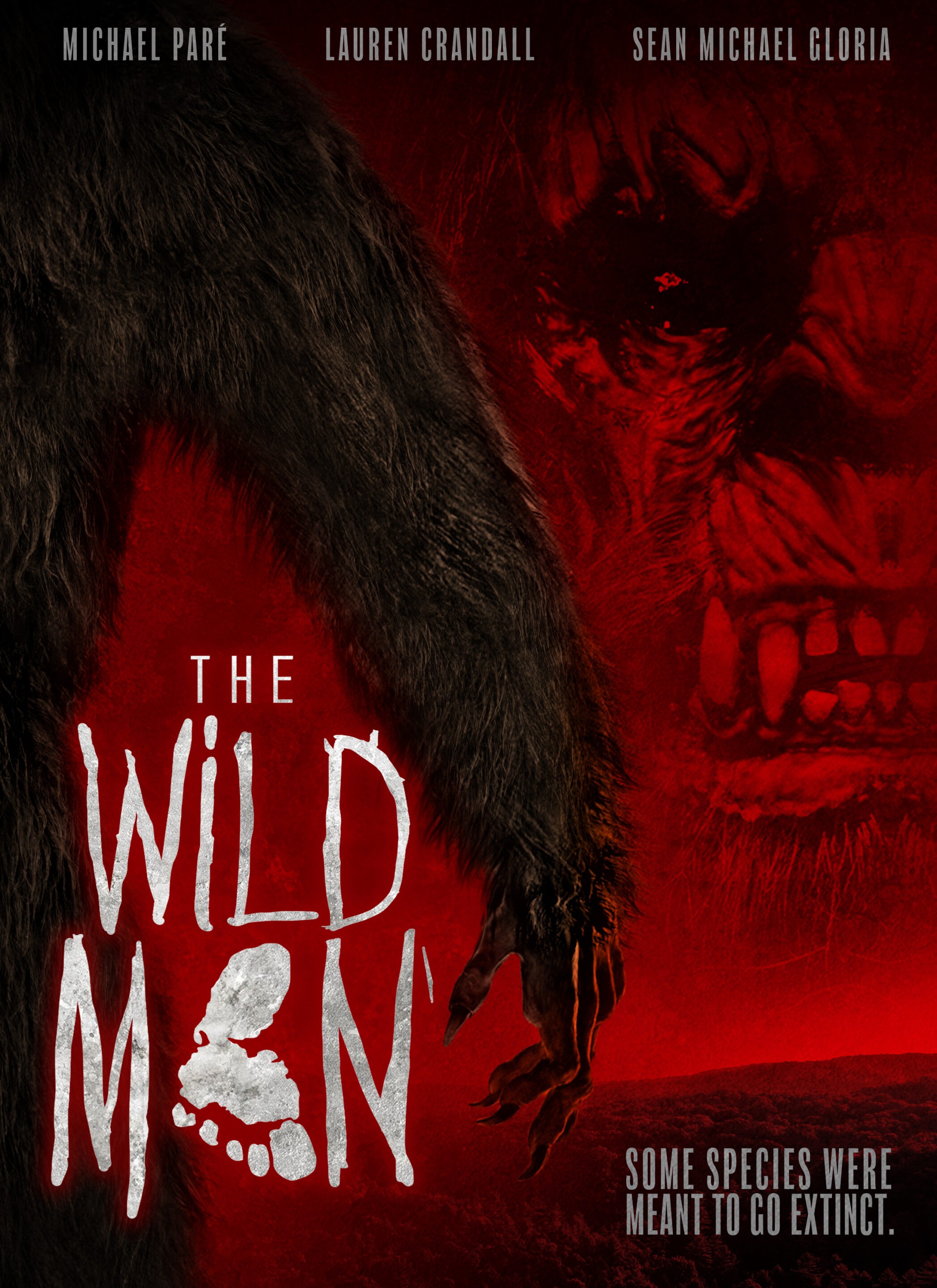 THE WILD MAN isn’t without its drawbacks, and one of the most annoying aspects is having characters speak with an exaggerated southern tongue. While southerners – present company included – are aware that our accents are ridiculed and used as low-hanging fruit for those of a mocking nature, any director should note that attempting to force southern dialect upon a cast that doesn’t natively speak in such a manner is an unpleasant immersive break that ultimately harms your overall efforts. We don’t need to hear actors yell “get!” at unwelcomed visitors or that the “po-lease” are on their way to save the day, except in the case of a role whose purpose is to elicit guffaws. Luckily, Justice does keep these instances to a minimum and, with the exception of Dale, are usually carried on by a supporting cast who viewers needn’t become too invested in. However, as a PSA for anyone considering employing this in the future – please don’t. Just flash a title card or zoom in on a city’s welcome sign and your audience will connect the dots. It’ll also reduce the likelihood that we’ll pigeonhole your characters as the walking cartoons they’re portraying and tips the scales in your favor that we’ll stick around to the end credits. And for those willing to give THE WILD MAN a chance, there is an interesting subplot that is worth seeing out; an exposition about the preservation of the titular beast and what means are necessary to ensure its reproduction.

There’s a major deviation of tone in the final act that’s 180 degrees from where everything began and leads to an unexpected foray into territory most won’t see coming, but it’s carried out in a sensical and clever way that shouldn’t detract from anyone’s viewing pleasure. There are a couple of other minor issues that plague both the found footage and cryptid subsects of horror, and they’re present and accounted for here. The cinematography is without the oft-incurred obtrusive shaky cam or grainy footage overlays, but the question of “why are they still recording?” pervades. While the script does a decent job of building believable scenarios in which filming doesn’t feel out of sorts, there are still personal moments between the lead cast that feel awkward when allowing the camera to roll. Also, when you put an actor in a giant monkey costume, it looks and behaves like an actor in a giant monkey costume. THE WILD MAN is no different. At least some creative lighting and quick camera cuts help mask the fact.

THE WILD MAN middles in that space populated with movies that just are. They exist because a director who wanted to entertain created something that they hoped others would enjoy, and Justice’s efforts achieve that goal despite its missteps. Comparing it to the films from which it gleaned its influences would be denying the narrative of its own ability to deliver a worthwhile story, and for anyone with an interest in either cryptids, first-person POV frights, or even a passing curiosity into interspecies reproduction (why?), then THE WILD MAN is a worthy contender for an hour and a half of your idle time.