Movie Review: “They Reach” Will Have You Grasping For Something Better

One of the worst things to happen to popular film and television is Stranger Things. If you disagree with this assessment, fight me shirtless in the comments section, I don’t care. The show taps into our need to be comforted by our own nostalgia, delivering familiar beats that deliver very little that’s new. I’m saying this as someone who has watched every season, and enjoyed the last two. The horrible, lasting impact of Stranger Things is that it is already an homage, so when the inevitable cash grab films jump in to capitalize on its vibe, audiences will be essentially treated to a copy of a copy.  The latest of these low on toner replicas is THEY REACH, which couldn’t even be bothered to hide the rip-offery on its poster. 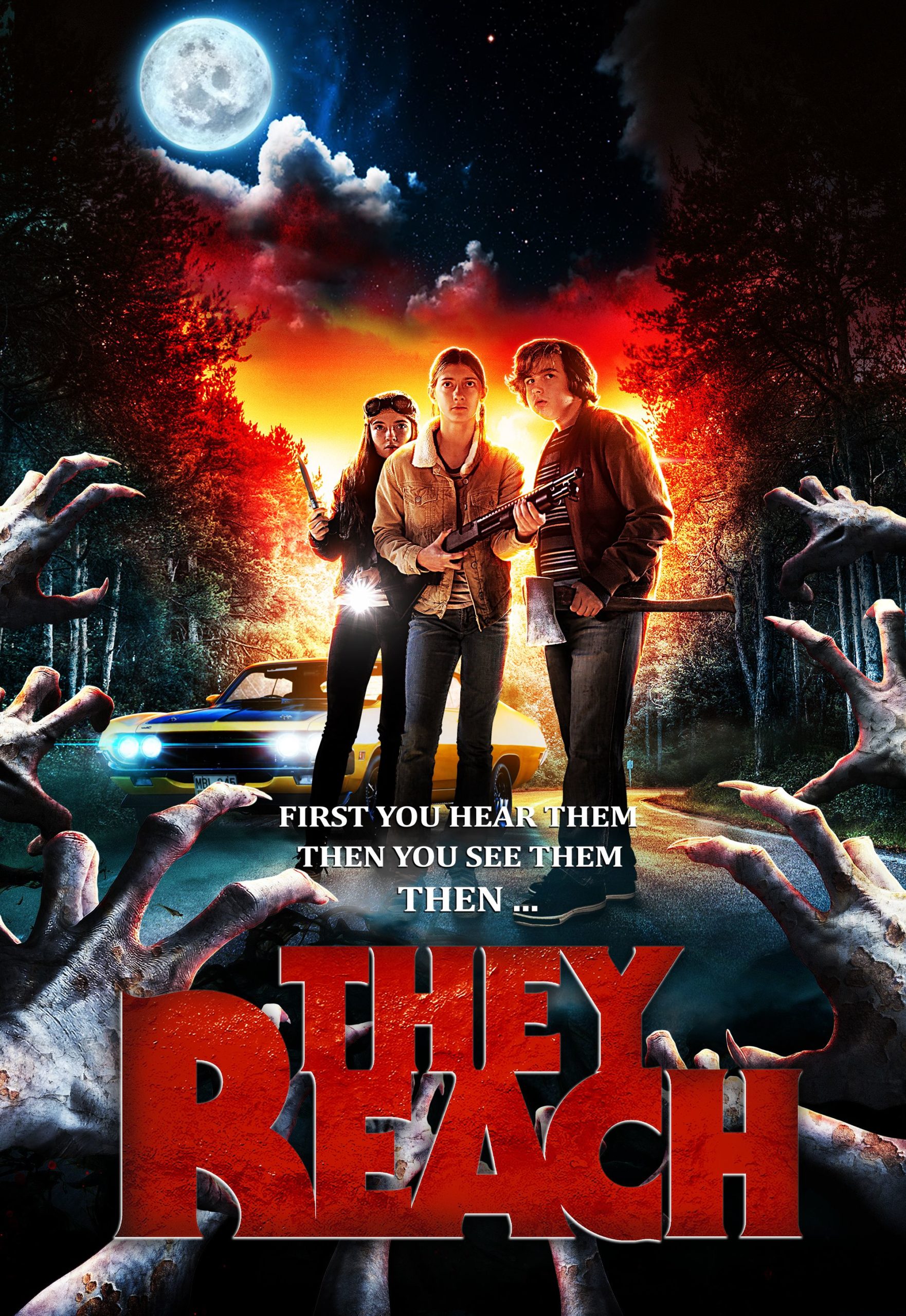 The film follows Jessica Daniels (Mary Madaline Roe), who just lost her sibling. She buys a box of junk from a local thrift store, and in that box of junk is a tape recorder which, unbeknownst to her, portrays a botched exorcism from a decade before. Blood gets on the tape, which awakens a demon, which begins haunting Jessica, her friends, and her darling little town. There aren’t a lot of plot beats that warrant explanation outside of that.

The biggest, loudest and most frequent mistake THEY REACH makes is that it is tonally inconsistent. Arguably, it feels like a kid’s film, following Jessica and her friends, Sam (Morgan Chandler) and Cheddar (Eden Campbell) as they use their childlike wonderment to navigate the world of arcane evil. But, just when you are about to call your daughter into the room with you to enjoy an off-brand Goonies adventure, someone will vomit their literal intestines on the floor while calling someone a mother-fucker. The film is never adult enough to be a hard horror flick, but also never kid-friendly enough to meaningfully shape childhoods. In few, there’s no foothold for either audience anywhere in the film. 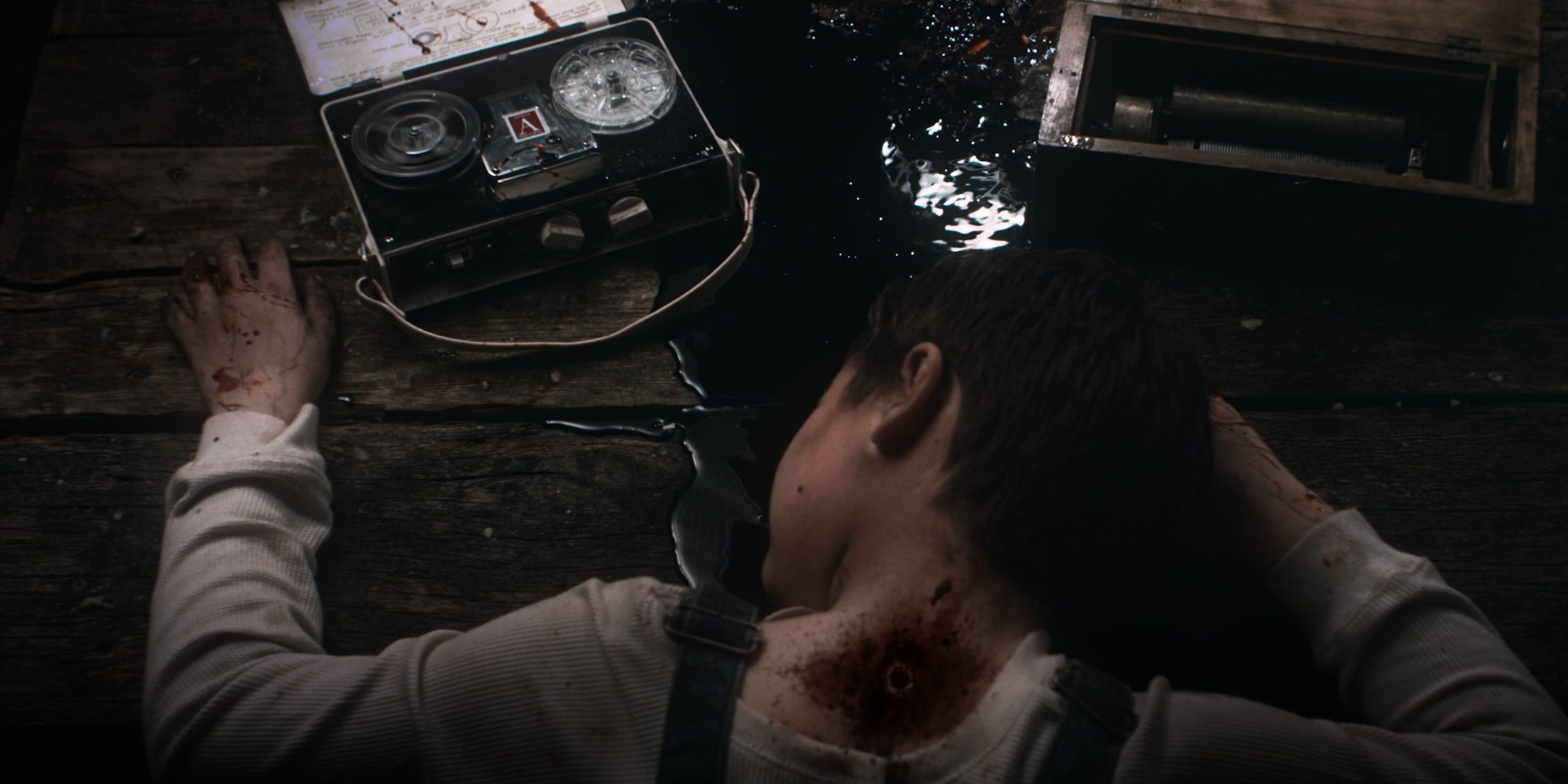 Another big slap in the face, amongst an unending corridor of face slaps, is the complete lack of a memorable soundtrack. THEY REACH is set in 1979, and there isn’t a single song that captures the nostalgia of that era’s music. Instead, we have some vague old timey sounding songs from modern artists, and even those seem to be deathly afraid of being accidentally interesting. When we have Guardians of the Galaxy and Baby Driver giving us solid soundtracks that capture the tone of an era, having bland elevator music in your ’70s themed horror film is an unforgivable sin.

The only saving grace of this film is the character of Cheddar, played with perfect zaniness by Eden Campbell. She’s the classic “weird kid” that doesn’t exist anywhere outside of a movie screen, but she’s so confident in her off-beat attitude you kind of forget that she was definitely written by an out-of-touch 40-year-old man. Like Chunk before her, Cheddar is the improbable outsider that charms audiences. Sadly, her screen time isn’t enough to make up for the brutally predictable events unfolding around her. 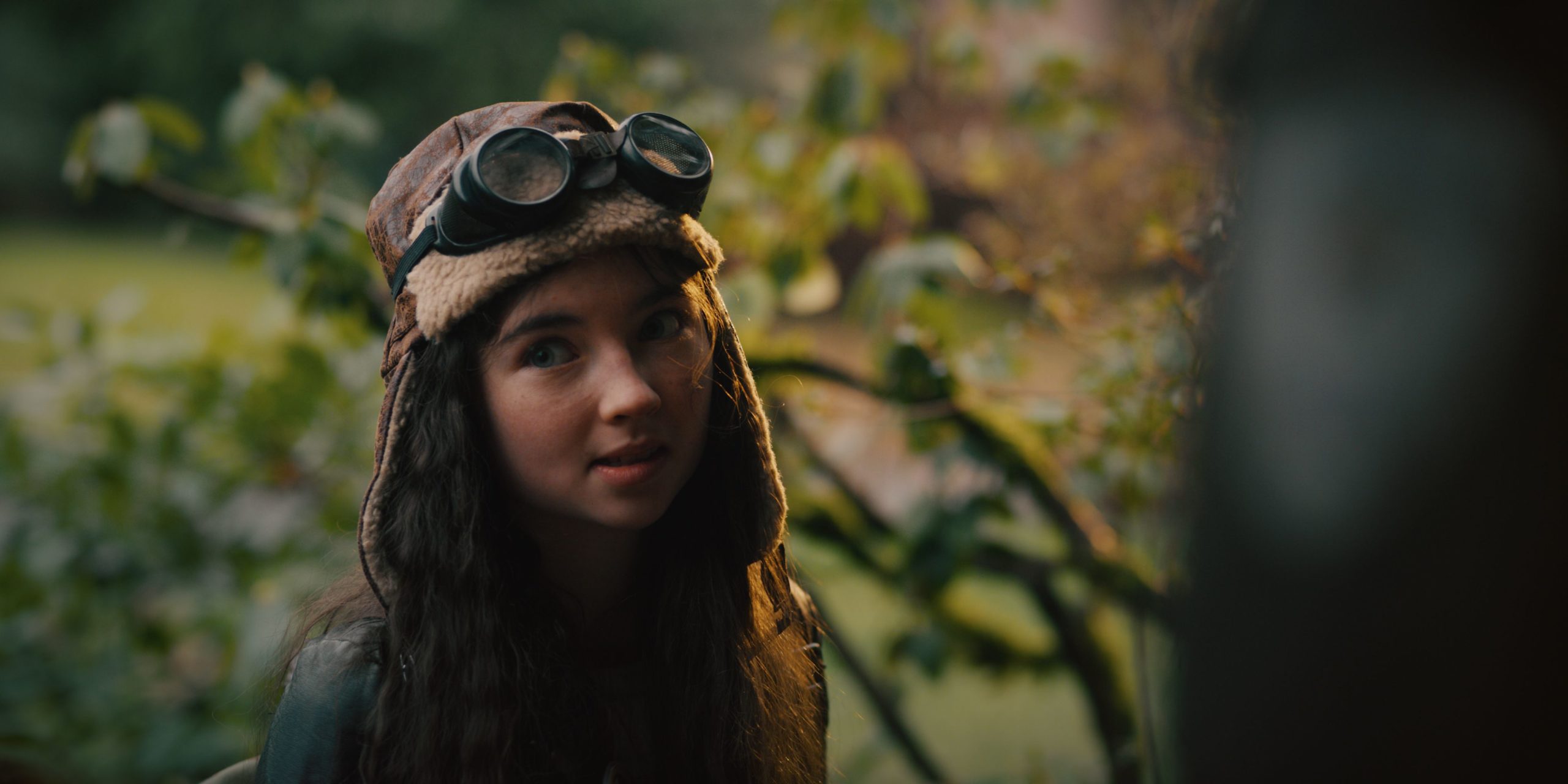 The concept of putting children into adult situations, even with gore and swearing, is not a novel one, but it needs to be handled with confidence and consistency. Filmmakers should either lean into the madcap adventures of precocious children in the grown-up world, or lean into the juxtaposition of childlike innocence in the midst of mind-bending horror. THEY REACH tries to be both, ends up succeeding with neither.