VHS is the key to a frightening mystery in the series debuting this month.

ARCHIVE 81, loosely based on the popular podcast of the same title, debuts on Netflix January 14. With executive producers including James Wan and showrunner Rebecca Sonnenshine (THE VAMPIRE DIARIES), it was directed by Rebecca Thomas, Justin Benson & Aaron Moorhead (THE ENDLESS, SYNCHRONIC) and Haifaa Al Mansour. The cast is headed by Mamoudou Athie (BLACK BOX, UNDERWATER), Dina Shihabi, Martin Donovan, Matt McGorry, Julia Chan, Evan Jonigkeit and Ariana Neal. The synopsis: “ARCHIVE 81 follows archivist Dan Turner [Athie], who takes a job restoring a collection of damaged videotapes from 1994. Reconstructing the work of a documentary filmmaker named Melody Pendras [Shihabi], he is drawn into her investigation of a dangerous cult at the Visser apartment building. As the season unfolds across these two timelines, Dan slowly finds himself obsessed with uncovering what happened to Melody. When the two characters form a mysterious connection, Dan becomes convinced he can save her from the terrifying end she met 25 years ago.”

“I’m obsessed with mystery box shows,” says Sonnenshine, “the kind that lead us down a rabbit hole into a strange, dark world. ARCHIVE 81 is a character-driven, deeply emotional story about the nature of art, faith, and the search for identity–all wrapped up in a frayed blanket of existential dread. The show also gave this film geek the chance to unearth all sorts of forgotten media formats as found footage, which results in a unique, visually-textured story that is both beautiful and terrifying.” 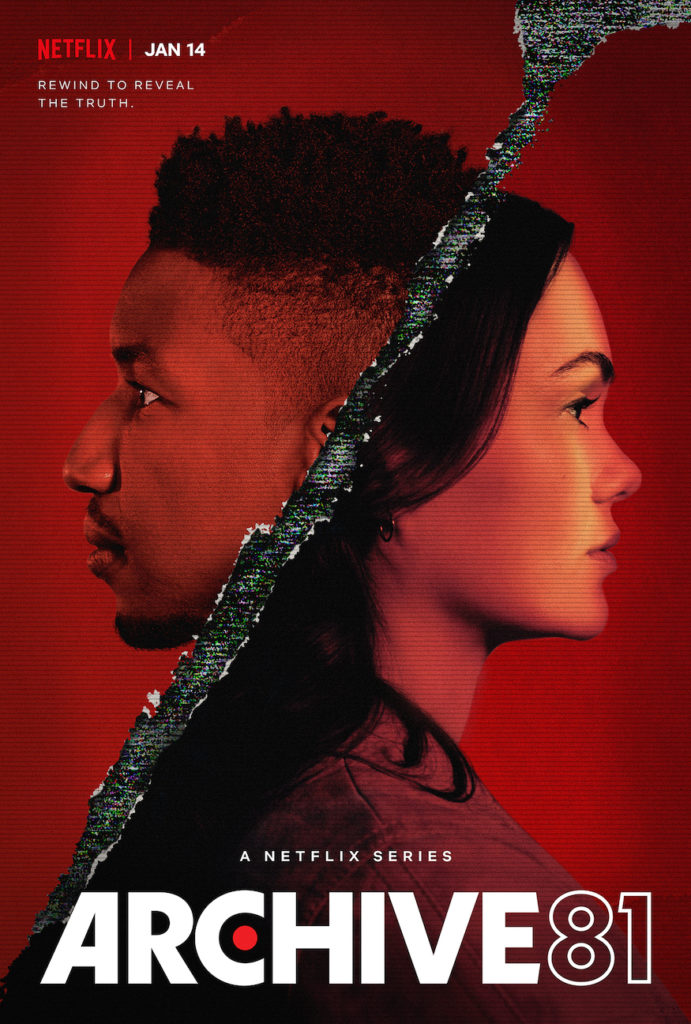