New trailer and poster show you how grisly “JOHNNY GRUESOME” is; release info

Gregory Lamberson brings his award-winning novel JOHNNY GRUESOME to the screen in a film set for release this fall. Read on for the details, plus the trailer and poster.

Uncork’d Entertainment brings JOHNNY GRUESOME to VOD October 16 and DVD January 1. Lamberson wrote, produced and directed the movie, with a cast including Anthony De La Torre, Byron Brown II, Aprilann, Michael DeLorenzo, Chris Modrzynski and Kim Piazza. The synopsis: “High school students Eric Carter [Brown] and Johnny Grissom [De La Torre] are best friends. Johnny is a heavy metal rebel nicknamed ‘Johnny Gruesome’ by his classmates. When Johnny is murdered while on a drunken joyride, his killer persuades Eric and Johnny’s girlfriend to help him make the murder look like an accidental death. Johnny returns from the grave as a murderous, wisecracking zombie hell-bent on revenge.” 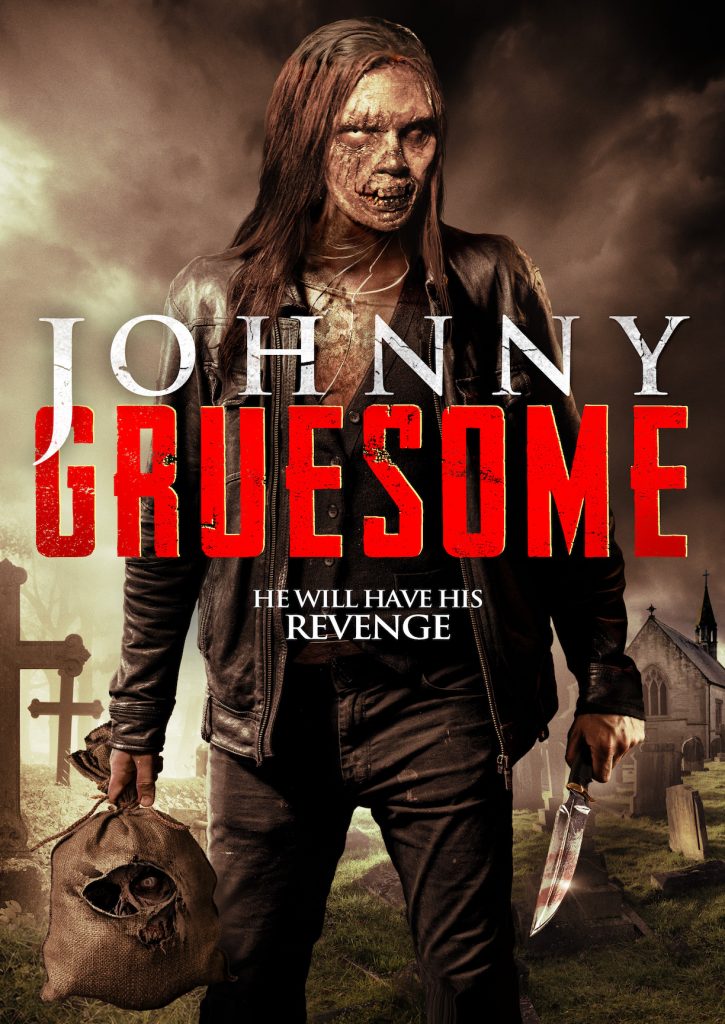