Prehistory’s most vicious predator is stalking human prey in the present day.

Coming this year, with a specific date to be announced, CLAW was directed by Gerald Rascionato (OPEN WATER 3: CAGE DIVE) from a script he wrote with Joel Hogan; the duo also produced. Chynna Walker, Richard Rennie, Mel Mede, Ken “Gabby” Mertz, Allen J. Lyster and Juan Carlos Sanchez star; the synopsis: “After blowing a tire in the middle of the desert while on their way to Los Angeles for a standup comedy night, best friends Kyle [Rennie] and Julia [Walker] are forced to spend the night in a remote ghost town. They reluctantly settle in for the evening inside a dingy caravan provided by the ghost town’s strange caretaker Ray [Mede], while not so far away in the nearby mountains, trouble brews. A velociraptor, brought to life by a disgraced scientist [Mertz], escapes its enclosure and makes its way towards the ghost town, hungry and aggravated. With the prehistoric predator now stalking them throughout the sprawling property and no outside help to speak of, Kyle and Julia must work together with Ray in order to survive. And if they do, they better hope the scientist didn’t make any others.” 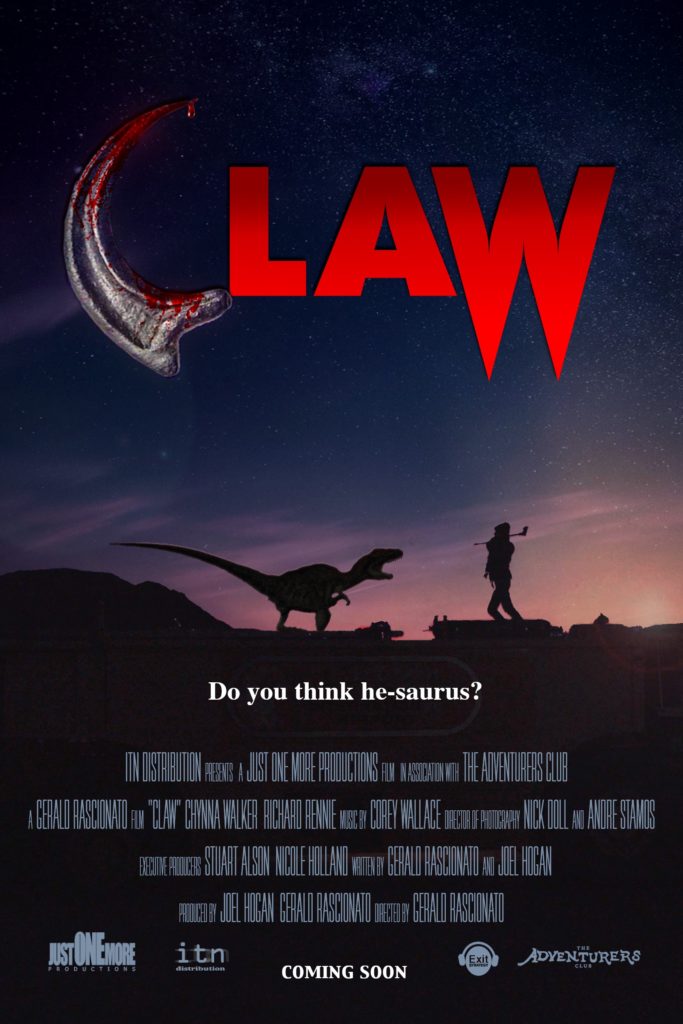