Nostalgia is a powerful device. Yet, as much as we try to re-live our youth, or reconnect with old friends, things are just never the same. At least for most of us. That’s what three friends find out the hard way, in the new film OLD STRANGERS, written and directed by Nick Gregorio.

We had the chance to chat with Nick about the film, the inspiration, behind it, and more! 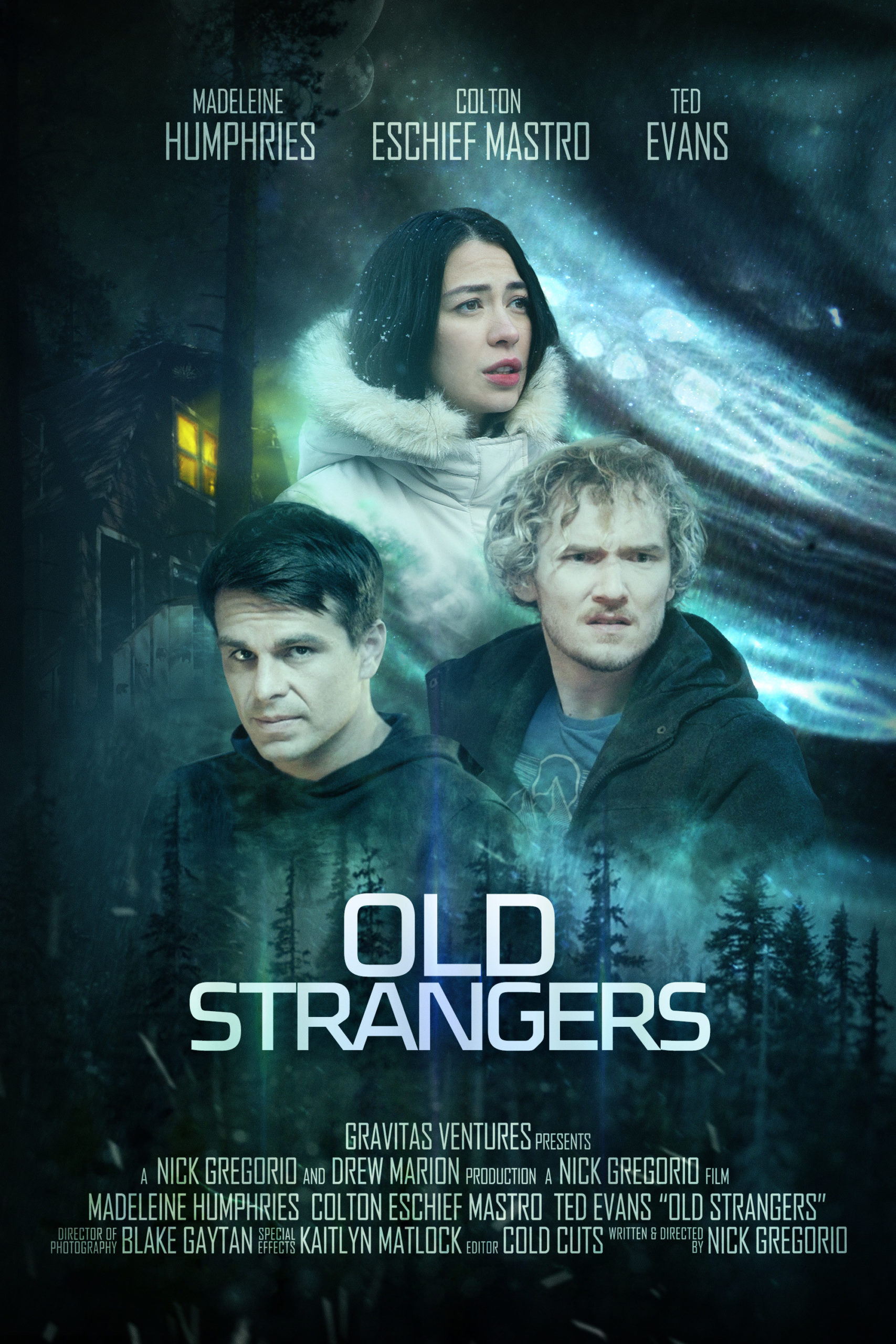 Hi Nick! Thanks for the call! OLD STRANGERS came out on January 11th, what can you tell us about the film?

Old strangers is the story of three friends breaking quarantine and trying to reconnect, up in the secluded mountain town of Big Bear, CA. While up there, they stumble on something in the woods during a hike, and freaky, creepy stuff happens.

Correct. Ted is a good friend of mine. He’s in a bunch of my sketches. For Ted and I to collaborate at this level, was a lot of fun. Colton was in a friend of mine’s short called 2020, which was a spoof of 1917. I saw him and I was like, this guy’s great! So, I kind of wrote the roles for them. Then Madeline was referred to me by the make-up artist, Kait Matlock, who did all our beauty make-up, as well as creature make-up for the movie. Madeline and I chatted and we just clicked. The team was really small. It was only ten people, including the cast and myself.

You wrote and directed the film?

Yes, I also did a little cameo, did a lot of post-work on it – so, I sort of wear a lot of hats. It’s what I’ve done throughout my career in the industry. It was a lot of fun. I will say, it was the best set I have ever been on, and I’ve been on a lot of sets. It was the most communicative, most positive. Everyone worked hard, we were working sixteen-hour days. We only shot for five days, so it was really tough and tense days, but everyone was really positive. It was awesome.

So, you guys only shot for five days?

Yeah. Well, technically six days. The first day of shooting was February 28th, 2021. We shot the opening sequence. That was our B Unit. Principal photography started on March 1st, and we wrapped that Friday.

It was fairly quick. It was very intense, but everyone was committed and worked really efficiently. We had a good time. Everyone was joking and laughing on set, but when it was time to work; everyone dug in and got it done.

Where did you come up with the idea for the film?

I wrote a script called “Not Like Us.” It was about this group of friends who get snowed in, in a roadside bar just outside of Buffalo. That movie has a strange invasion storyline, and I was kind of steeped in the mythology of that world and thought about doing a prequel. The origins of that threat.

It looks like parts of the film are pretty intense. What did you do to keep things light on the set?

I have comedy roots, I’ve done sketch comedy, my first feature was a quirky comedy. I’ve done a lot of comedy writing, as well. So, one of the marching orders for the project was:  You’re not in a horror movie. I reiterated that to the cast. They are a group of friends trying to reconnect up in a mountain town.

Look, if something happens, and you were hanging with your friends – the last thing you would say is, oh, it’s an alien invasion.

Right? Now if you had to sell me the film in one, epic sentence, what would it be?

Well, I mean, it doesn’t have to be epic. I’ll leave that to you. (Laughing.)

(Laughing.) Sometimes, old strangers are best left as just that.

I like it! Now did you grow up on horror, as I did?

Oh yeah.  I feel like you just grew up on whatever was out in the eighties… and there was a ton of horror. One of the inspirations for the film was “The Shining.” I still remember watching that in my Grandmother’s basement, half shitting myself. (Laughing.) I also loved “Killer Klowns From Outer Space,” “Aliens,” and “Robocop.” Also “Ghoulies,” and “Gremlins.”

“A Nightmare on Elm St.” was the first actual horror movie I ever watched. Changed my life. (Laughing.) It’s been a pleasure chatting, man. Appreciate you taking the time, Nick!

Appreciate it, Josh. Thanks!

OLD STRANGERS is available on VOD now from Gravitas Ventures and for rent on most streaming platforms.