Nightstream ’20 Review: Stages of grief and fear in “AN UNQUIET GRAVE”

Limited means have never meant that a movie need be limited in its ideas, and that’s proven once again by AN UNQUIET GRAVE (which world-premiered in this past weekend’s Nightstream festival). It demonstrates what can be achieved with just two actors, a house, a car, some woods…and a tombstone.

That stone marks the resting place–which will turn out to be transient–of Julia Alden-Wells, whose birth and death dates reveal that she met an untimely end. The details are not immediately forthcoming, even as we meet her husband Jamie (Jacob A. Ware) and twin sister Ava (Christine Nyland, who wrote and produced the film with director Terence Krey) mourning at her gravesite. They are evidently troubled by thoughts beyond the loss of their loved one, and their exchanges drop hints to be explained later–“Months Later,” as an onscreen title informs us, when Jamie and Ava reunite to revisit the site of Julia’s death. 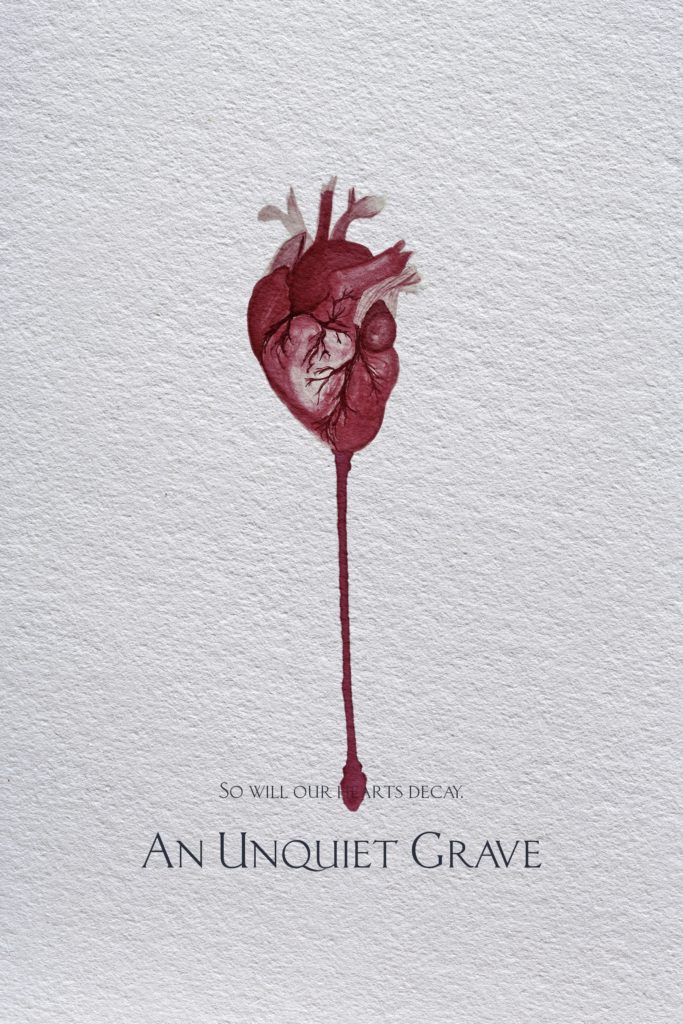 The purpose of that trip is disclosed gradually; through the first act of this tight 77-minute feature, Jamie and Ava’s dialogue is built on familiarity, and there’s an unforced naturalism to their rapport and the way information about their individual and intertwined pasts is parceled out. Their characters are also revealed through small, meaningful gestures, as their separate grieving processes become merged via a common purpose: to see Julia again. Jamie has discovered a way to bring her back; in what shape and for how long remains to be seen, though the long history of similar stories dating back to W.W. Jacobs’ “The Monkey’s Paw” suggests that it will likely not be a joyful reunion.

It isn’t a spoiler to note that Julia does not return as a decomposing revenant; AN UNQUIET GRAVE isn’t that kind of horror film. Though there are a few grisly moments late in the film (courtesy of makeup effects artist Beatrice Sniper), they’re handled with the same matter-of-factness as the rest of the movie, which builds a quietly engrossing study of grief and obsession on its supernatural base. Nyland and Krey’s script allows sufficient time for us to get to know Jamie and Ava, and what Julia’s passing meant to each of them, before the completion of the ritual has unexpected repercussions. It also propels the movie into a combination of occult drama and human monstrousness, in which understandable emotions lead to selfish actions that have not been thought through past the most immediate goal.

Ware as the driven Jamie and Nyland as the more uncertain Ava are individually very fine and empathetic, and together have a rapport that feels natural, yet with an undercurrent of tension. Krey’s direction is similarly attuned to both the relationship between his leads and the suspense generated by their actions, along with the growing disquietude as circumstances pass the point of no return, and our protagonists have to face the consequences of their actions. Daniel Fox’s cinematography and Hugo Lopez’s music contribute to the unforced atmosphere of AN UNQUIET GRAVE, which generates its chills simply, by presenting an unnatural and uncanny situation in very human terms.